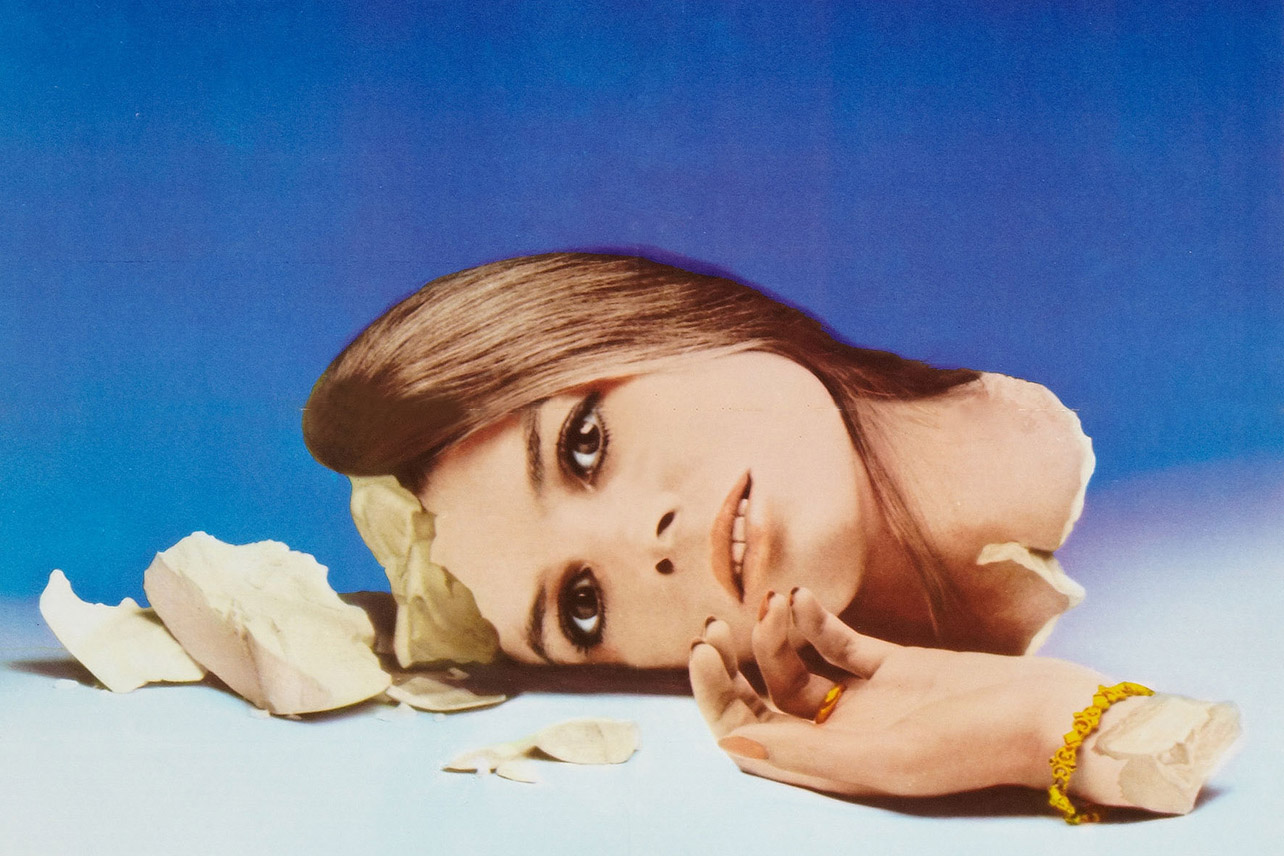 “What do you think you’ll miss most about New York?”

Who wouldn’t want to live in Stepford? It’s a picturesque suburb full of beautiful lawns and gorgeous houses. The school system is great. Plus, as the locals will tell you, it’s a very progressive community. (Why, a Black couple just moved there recently!) But Joanna isn’t so sure. A wife and mother of two — and an aspiring photographer — she instantly bristles at the cozy Connecticut town where her husband Walter has moved her and their kids. This Manhattanite can’t put her finger on it, but there’s something stifling about the place. It’s just too damn tranquil. Joanna misses the noise. She misses the hum of life.

Even if you haven’t seen The Stepford Wives, you’re probably well aware of it. In the 47 years since the film hit theaters around Valentine’s Day of 1975, the movie has cast a long shadow across popular culture. Some movies are classics because of their artistry, while others become embedded in our collective consciousness because they hit on something true about ourselves. Based on the Ira Levin novel, The Stepford Wives is a good film, but its staying power derives mostly from the fact that it keeps insinuating itself into the national conversation.

That’s especially true with the recent release of Don’t Worry Darling (now on streaming): Olivia Wilde’s mediocre thriller, about a happy housewife (Florence Pugh) who discovers that her perfect life with husband Harry Styles isn’t all it appears to be, has been constantly compared to The Stepford Wives. More a shorthand than a film, The Stepford Wives is parodied, referenced, simplified and sometimes misremembered. Too easily, it gets reduced to “that movie about the women who get turned into obedient robots.” But while that’s essentially correct, it doesn’t do justice to everything going on in that teasingly tense film.

Levin had previously penned another novel that was turned into a zeitgeist-y film, Rosemary’s Baby, also about a woman trapped in a gilded cage she only slowly becomes aware of. When he wrote The Stepford Wives, which was published in 1972, he was inspired by several different factors: the then-popular belief we’d all soon have domestic robot servants, Disneyland’s bizarre animatronic Hall of Presidents exhibit, and his own divorce — although in 2002 he insisted, “my wife at the time was certainly not a Stepford wife.”

He poured those technophobic worries and personal misgivings about suburban existence into a bestseller, prompting a film adaptation, directed by Bryan Forbes, which starred Katharine Ross as Joanna, with Peter Masterson playing her perfectly oblivious husband Walter. Theirs is an old-fashioned marriage — he’s the emotionally distant breadwinning lawyer, she raises the kids — but a faint whiff of feminism is also evident. Not only does Joanna want to pursue her photography, she finds herself bored by Stepford’s sleepy suburban luxuries. Too many of the women are obsessed with housekeeping — their entire personalities are built around discussing cleaning products — which Joanna finds soul-crushing. Don’t any of them have hobbies? Aren’t any of them alive?

Thankfully, Joanna meets Bobby (Paula Prentiss), who’s also recently moved to the community and is equally appalled by how unexciting it is. Irritated that Stepford has a Men’s Association, with nothing comparable for the town’s women, these fast friends decide to organize their own group. Problem is, none of the wives are interested — and, even more troubling, the town’s few stimulating women inexplicably start abandoning their extracurricular activities. (Tina Louise’s athletic Charmaine thinks nothing of having her beloved personal tennis court destroyed — after all, she should really spend her energies devoted to her husband’s needs, right?) Walter doesn’t think Stepford’s so bad — isn’t she pleased they have a bigger house, including a room for her to develop photos? — but Joanna begins to suspect something sinister is afoot.

The Stepford Wives wasn’t the first film to suggest that Picket Fence, USA wasn’t as glorious as advertised — movies such as Invasion of the Body Snatchers and Night of the Living Dead examined the rot at the heart of American domesticity — but it crystalized differing anxieties about a shifting society, one that was embracing suburban contentment but also pushing back against an old patriarchal mindset. Read as both feminist and antifeminist at the time, The Stepford Wives very much feels like a horror film about the ways in which women faced societal resistance as they tried to escape outdated roles for themselves.

“The Stepford Wives wasn’t the first film to suggest that Picket Fence, USA wasn’t as glorious as advertised, but it crystalized differing anxieties about a shifting society, one that was embracing suburban contentment but also pushing back against an old patriarchal mindset.”

To be sure, the film’s melodramatic qualities can now seem nearly campy, but Ross brings such a subtle edge to Joanna that only eventually does it become clear that Stepford is just this character’s latest dissatisfaction. Whether it’s visiting a scientist ex-boyfriend who reminds her of the life she had before settling down or struggling to develop her eye as a photographer, Joanna isn’t just resisting Stepford’s brainwashed vibe — she’s terrified of entering the prison that domesticity often creates for women. Being turned into a dead-eyed, demure nonperson was a huge fear of hers long before we meet the actual robot replicas that have been made of the Stepford wives.

Soon after the book’s and film’s release, the notion of the “Stepford wife” emerged as a derogatory euphemism to describe an insidious form of banal groupthink — especially among women — that could often be sexist and demeaning. (“Stepford wife” is sort of the original “Women Be Shopping.”) But the movie makes it fairly clear that the story’s portrait of programmed acquiescence was not a condition the women of Stepford wanted — it’s been imposed on them by their husbands, who’d prefer life to go back to how it once was. The pretty, smiling, subservient wives are an ugly male fantasy — a grotesque maintaining of a bygone, regressive world order.

But the phrase has endured for other reasons: The Stepford Wives lays bare the animosity city-dwellers feel toward the suburbs, which are often viewed as safe and conformist, the sort of place where once-vital people go to die — or, just as tragically, go to become contented dullards. In Stepford, mindless consumerism runs rampant — the film famously ends in an eerily glistening supermarket as the robot wives shop shop shop — and the messy vitality of life has been scrubbed away like grout on bathroom tile. Everything is spotless, nothing feels real. Long before The Matrix turned it into a meme, The Stepford Wives warned about the terror of taking the blue pill of narcotized naivety.

In subsequent years, Hollywood has tried revisiting and remaking the 1975 film’s slithering paranoia. There was a poorly received 2004 redo starring Nicole Kidman, but in some ways the finest reconsideration of the material came courtesy of Jordan Peele, whose Oscar-winning directorial debut Get Out transformed Stepford into a sweeping takedown of systemic racism. Peele, who’s cited The Stepford Wives and Rosemary’s Baby as inspirations for Get Out, didn’t just expand the original story’s concept but also critiqued it, underlining the intolerance beneath a nation’s well-meaning platitudes. (You can easily picture the denizens of Stepford insisting they would have voted for Obama for a third term.) By comparison, Don’t Worry Darling simply cribs ideas from The Stepford Wives — along with those from other films, which I won’t specify so as to avoid spoilers — to craft a toothless commentary on the patriarchy that doesn’t feel nearly as fresh as what Levin had in mind decades ago.

Currently, The Stepford Wives is hard to find online — it’s only available on Tubi, which requires that you sit through ads over the course of the film. Normally, I don’t pay much attention to them, but in this case, they added a chilling new texture to the movie. Watching blandly attractive, gleaming women hawk products like Febreze, equating happiness with a clean home, was almost as disturbing as anything in The Stepford Wives.

Tim Grierson (@timgrierson) is the senior U.S. critic for Screen International. A frequent contributor to Vulture, Rolling Stone and the Los Angeles Times, he is the author of seven books, including his most recent, This Is How You Make a Movie.