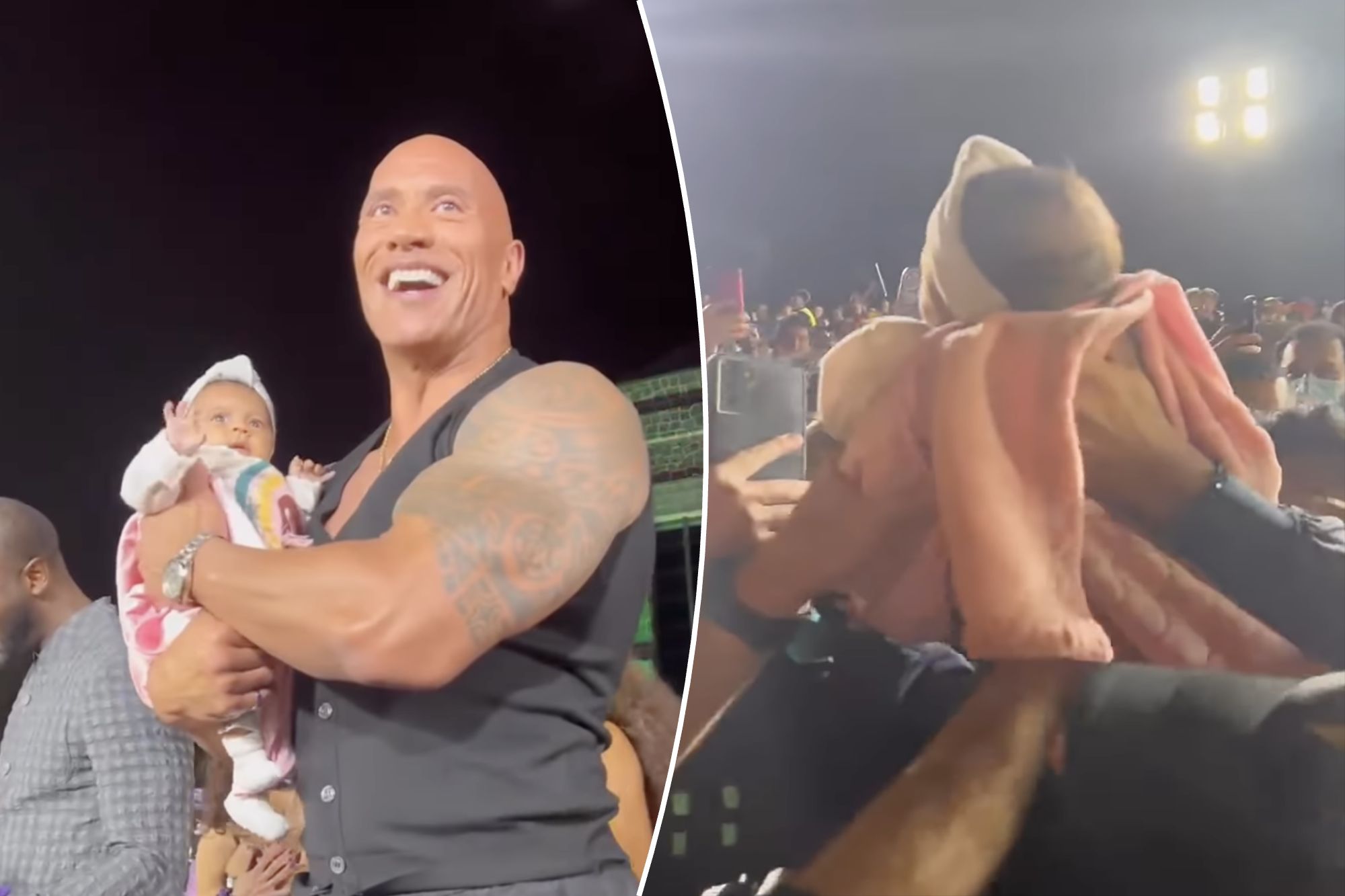 Flowers and fan letters are usually the items celebrities receive while up on stage at fan events, but Dwayne “The Rock” Johnson’s fans seem to go the extra mile.

Promoting his new onscreen venture, “Black Adam,” at Diego Rivera Museum in Mexico City last week, the wrestler-turned-Hollywood juggernaut was handed a baby who was crowd-surfed to him on stage.

The surreal ordeal was filmed by stunned onlookers, and the clip ultimately made it to The Rock’s official Instagram page.

The clip shows Johnson up on stage while a baby girl wrapped in a pink blanket was delicately being passed down to him. When the baby reached the stage, Johnson gently held her.

“Our BLACK ADAM Tour has been electric, fun, and emotional,” the 50-year-old wrote on Instagram. “People do cry and they hand me things — I was NOT surprised to be handed this beautiful little baby.”

“Her father caught my attention because he had tears in his eyes when he held her up high and gestured for me to hold her. I honestly thought he was holding a toy doll he wanted me to have as a gift.”

“This beautiful, serene, present, and trusting angel is Luciana,” he went on, adding, “One day, I bet she’ll inspire all those around her.”

He later shared another video from the event, in which he calls out to the audience, “Mexico, I want to introduce you to someone very special — our biggest fan, Luciana.”

Footage from the clip shows the baby wrapped in a pink blanket being passed down to Johnson. Instagram

Johnson took to Instagram to describe the moment – calling the baby a beautiful, serene, and trusting angel. Instagram

The event came just days after he revealed the fate of his much-talked-about presidential bid, admitting he’s ultimately decided against it.

#004 - How Jasper.ai Uses Live Streaming to Feature Their Customers
what that big death means