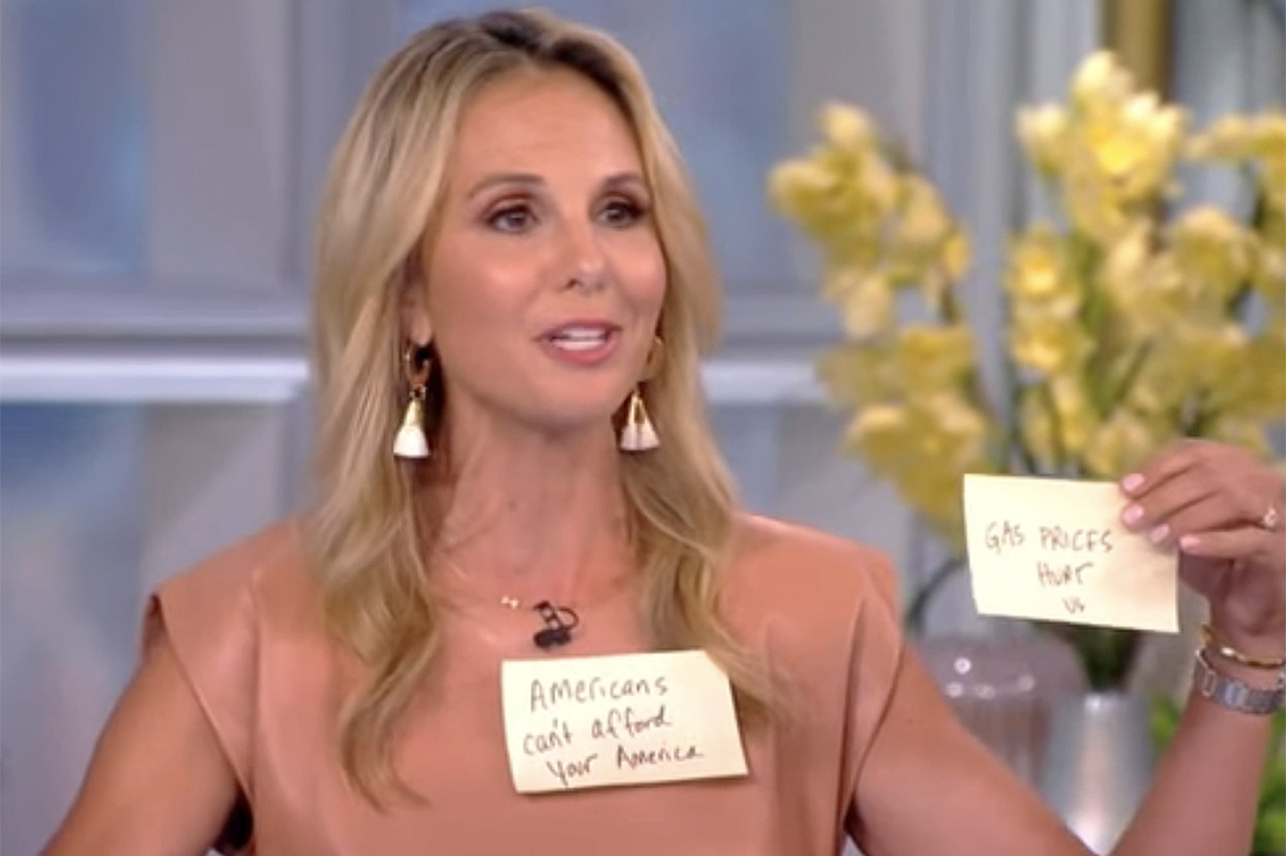 Elisabeth Hasselbeck literally sent a message to President Joe Biden during her Wednesday guest appearance on The View, where she used Post-It notes to express her disapproval with Biden’s leadership.

Her snarky stunt came during a segment about First Lady Jill Biden, who was interviewed in Real Simple magazine about hosting large family gatherings. The first lady told the outlet that she manages her family when they come visit her at home by placing Post-It notes in her kitchen detailing how they can help out.

After Whoopi Goldberg asked the panel, “Is this a good alternative to barking orders?” Joy Behar said Hasselbeck would often use Post-It notes when she was a permanent co-host on the show (she joined in 2003 and left for good in 2013).

“You know who’s the queen of Post-Its? Elisabeth Hasselbeck. They were all over her office. I thought you were wallpapering your room,” Behar said.

Hasselbeck agreed, admitting, “I do love a Post-It,” before adding, “I actually have some that maybe Jill could use for our commander-in-chief.”

The conservative guest host then pulled out some yellow notes she had made with words on them for Biden, including the messages “Americans can’t afford your America” and “Gas prices hurt us.”

And they kept coming. One read “recession is real,” while another shared the message, “Even though I did not vote for you, you have my prayers,” which Hasselbeck said she made “because it’s a hard time and we should still be praying for our leaders.”

Both Behar and Sunny Hostin scoffed at the notes, with Hostin pointing out that “the guy that you did vote for screwed up this country [and] started an insurrection,” — referring to former president Donald Trump — while Behar suggested Hasselbeck should make a Post-It reading, “Gas prices are not your fault.”

Mazzuma and FlexID are Web3 solutions
lemme get low for a second ...