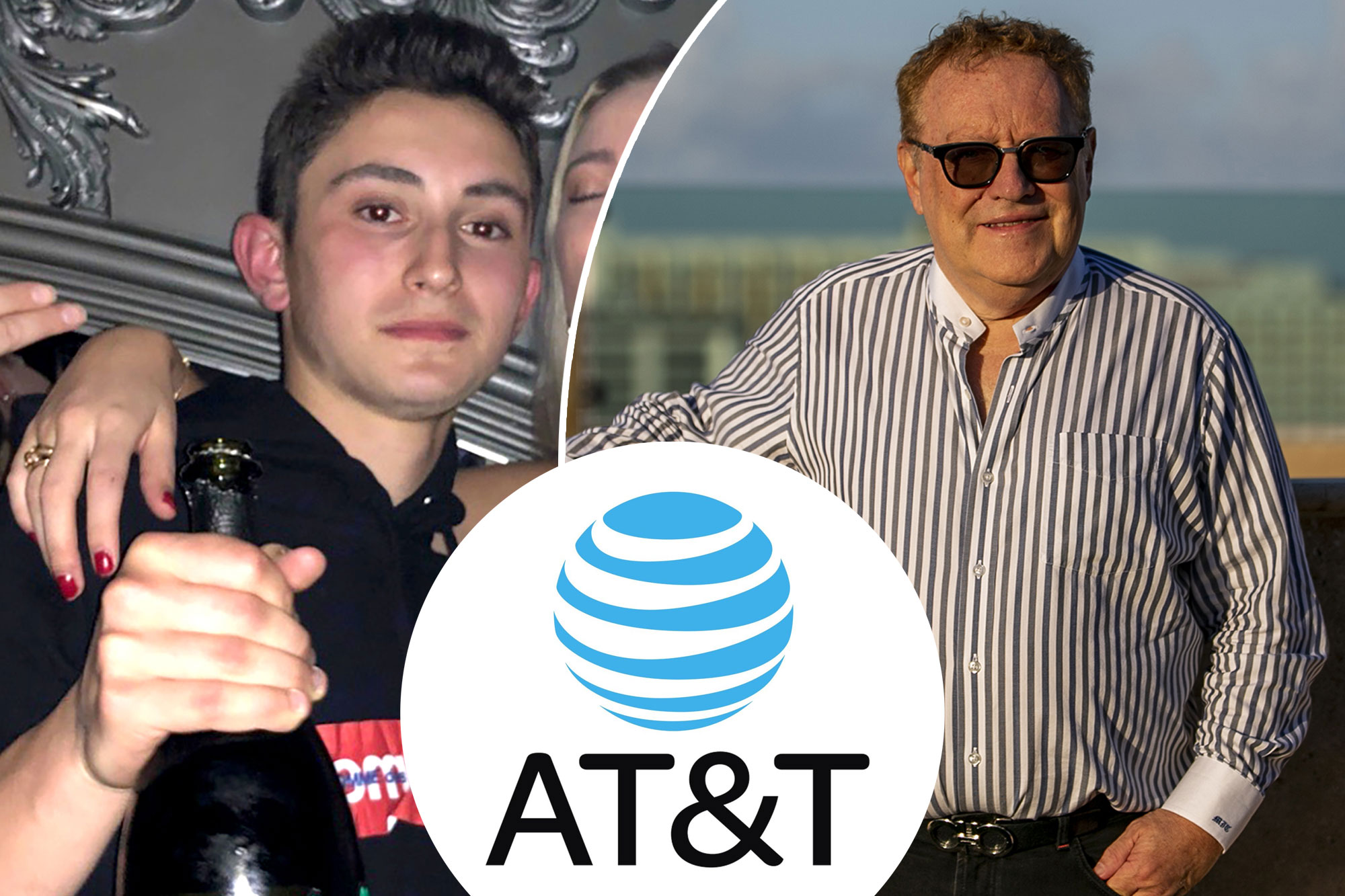 An audacious $23.8-million high-tech heist has led to an unholy alliance between an alleged kid thief and his victim, who are teaming up to take down AT&T.

As part of the deal in Terpin’s civil suit against him, Pinsky — who did not admit to any guilt and has not been criminally charged — will reportedly also testify under oath when Terpin takes AT&T to court in May 2023.

The entrepreneur, 65, filed a $225 million lawsuit charging that the phone provider “did not offer proper supervision … and allowed a $9 [an hour] contractor to manually override the system that should have been protecting my information.”

As part of the deal in Terpin’s civil suit against him, Pinsky will reportedly testify under oath when Terpin takes AT&T to court in May 2023. Evelyn Freja

As to Pinsky’s involvement in the suit, “Ellis agreed to supply us with truthful information about what happened,” Paul Blechner, a partner at Greenberg Glusker and a member of Terpin’s litigation team, told The Post. “He is going to give us full details under oath about how this occurred and how it went down.”

That testimony stipulation is not in the public document and Blechner told The Post that it was agreed to separately, in writing. Pinsky’s attorney did not respond to a request for comment.

“I witnessed the many faces of Ellis Pinsky,” Terpin told The Post. His original complaint described Pinsky, now a student at NYU, as an “evil mastermind.”

Pinsky and his gang of hackers are alleged to have paid a contractor at an AT&T cell phone store in Connecticut several hundred dollars to facilitate a crime known as SIM swapping against Terpin (above).

“The first time I interacted with Ellis, for a hearing via Zoom, he had dismissed his attorney, was representing himself and appeared sheepish. He was missing a class that day and asked the judge for a note to give his professor. The judge laughed and said, ‘We don’t do that,’” Terpin recalled. “Ellis plays a lot of roles. He is a good actor.”

It all began in January 2018. Terpin was relaxing in his Las Vegas home when when his Blackberry seemed to go dead. Pinsky and his gang of fleet-fingered hackers are alleged to have paid a contractor at an AT&T cell phone store in Connecticut several hundred dollars to facilitate a crime known as SIM swapping: Making adjustments that allowed the hackers to remotely transfer Terpin’s digital identity from his Blackberry’s SIM card to a blank SIM card in one of the hackers’ phones.

This allegedly granted them the ability to reset passwords, thereby accessing private files and programs including cryptocurrency wallets and codes, according to the complaint.

Terpin, well known in the digital-currency world, proved to be a goldmine. They allegedly fleeced him for $23.8 million worth of a crypto known as Trigger. As Terpin began to piece together what was happening, his digital millions were being laundered and converted to Bitcoin, he said.

Pinsky gave Terpin $2 million and a pricey watch but said he has no more funds to pay off the judgment.

Things began unraveling for Pinsky when Terpin, formerly a newspaper reporter, quickly launched an investigation into what happened to his crypto. He started talking to people in the hacking world including one man who “asked if I knew about Pie,” said Terpin. “He told me that Pie is a code name for Ellis Pinsky. Through research on the Internet and interviews with various people, I found out that Pinsky was the ringleader of the theft. I turned all my information over to law enforcement and filed a civil suit against Pinsky in 2020. I waited until after he turned 18.”

Pinsky, whose mother is a physician with NYU Langone, tried assuaging Terpin by giving him $2 million in crypto and cash, along with a Patek Phillippe Nautilus 5711 wristwatch. A similar model is currently on sale at Sotheby’s for $133,400. But the move only served to make Terpin more certain of Pinsky’s guilt, he said.

“Pinsky’s then-lawyer told him to give us $2 million,” said Pierce O’Donnell, lead attorney for Terpin. “His lawyer told us that Pinsky gave us all he had. That kept the FBI off of  Pinsky’s back. I believe he negotiated a favorable deal to avoid prosecution.”

As they were coming to terms, Terpin made a point of wearing the watch and turning it into a head game during one of his in-person meetings with Pinsky.

“He noticed it,” said Terpin. “The Nautilus has been discontinued and quadrupled in value since he gave it to me. I assume Pinsky knows that.”

During the 10 hours that Pinsky and Terpin met, “Ellis talked about how many times he [committed robberies through SIM swaps] and and that a low-level employee AT&T was involved. He named dates and places and people,” Terpin said.

Terpin said he is “skeptical” that Pinsky can’t pay back the remaining $22 million.

But, according to Terpin and his legal team, Pinsky claims to have no money to pay back the outstanding $22 million. “I’m skeptical,” said Terpin.

But, “If AT&T pays at least the balance due [$22 million], then Pinsky is off the hook for the money,” said O’Donnell. “You can’t collect twice for the same obligation.”

In a statement to The Post, a spokesperson for AT&T said: “Fraudulent SIM swaps are a form of theft committed by sophisticated criminals. We have security measures in place to help defeat them, and we work closely with law enforcement, our industry and consumers to help prevent this type of crime.”

Terpin almost sounds like he’s looking forward to Pinsky’s testimony as he goes after AT&T. “I think it will be interesting evidence [that he provides],” the entrepreneur said. “He’s a very bright kid. By all accounts, he is studying computer science and wants to start his own company.”

Abby Lee Miller teases return to a 'different' 'Dance Moms'
Is ‘The Banshees of Inisherin’ Streaming on HBO Max or Netflix?