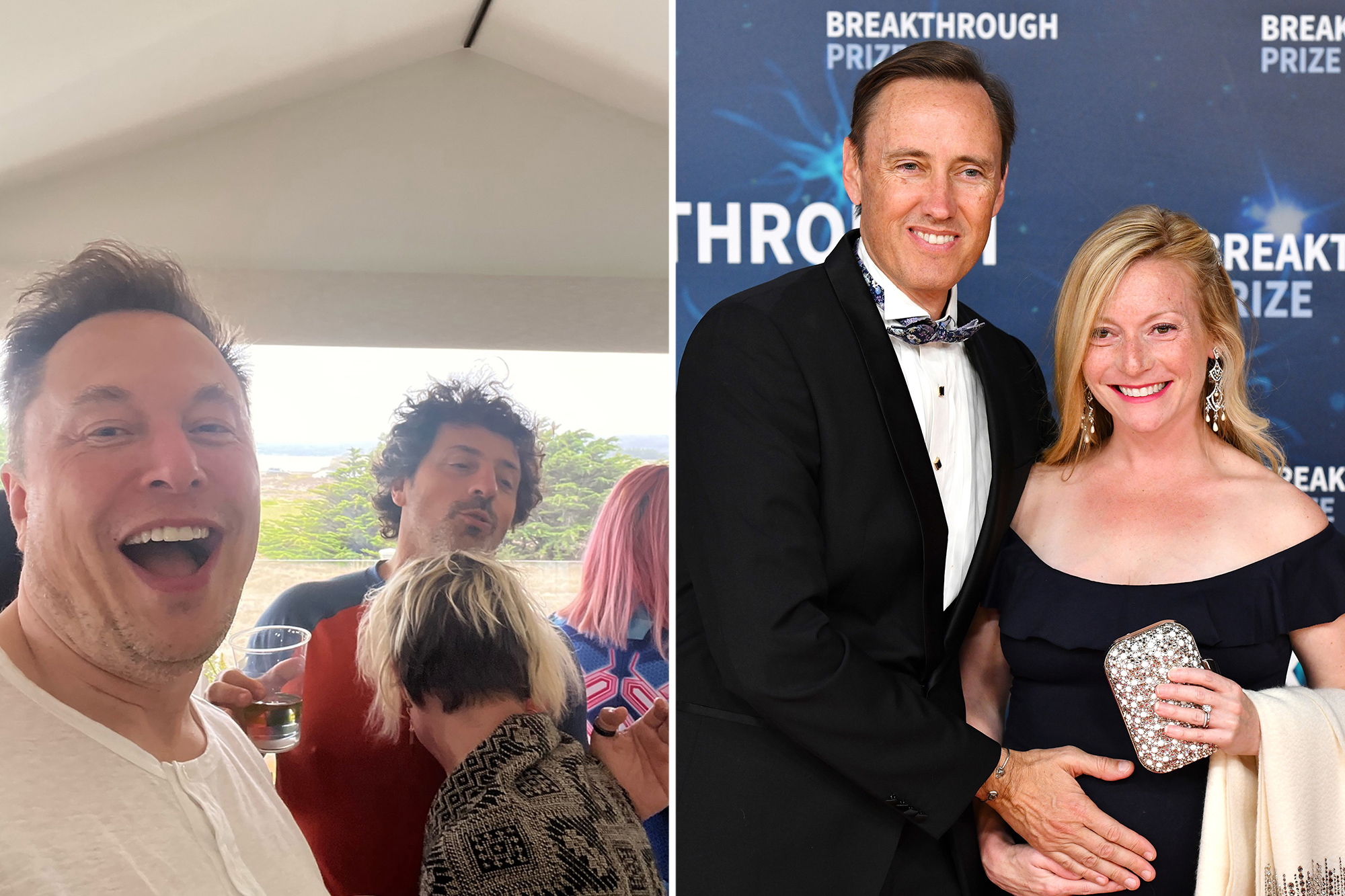 Elon Musk’s selfie with Google co-founder Sergey Brin — taken around the time that the Wall Street Journal reported that Musk slept with Brin’s estranged wife — was reportedly snapped at the 40th birthday party of the wife of a billionaire Silicon Valley venture capitalist.

Musk, 51, posted the photo of himself showing Brin, 48, nearby drinking what looked to be wine from a plastic cup as the two were in a crowd of revelers.

The two men were attending a party at the seaside home of Steve Jurvetson in Half Moon Bay, Calif., according to DailyMail.com.

Jurvetson, a venture capitalist who sits on the board of Musk’s space exploration company SpaceX, was throwing a party for his wife, Genevieve, according to the site.

DailyMail.com reported that Musk flew into the secluded town on the coast just south of San Francisco on his private jet from his home in Austin, Texas.

Musk highlighted the selfie with Brin in order to refute a report by the Journal that he had an affair with the Google co-founder’s estranged wife, Nicole Shanahan.

Steve Jurvetson is a venture capitalist who is on the board of SpaceX, Musk’s space exploration company.Getty Images for Breakthrough P

Musk, the world’s richest person, has denied the claim, as has Shanahan’s attorney.

The Journal, which has stood by its reporting, claimed that Musk begged Brin for forgiveness last year after he learned of the affair.

The report also claimed that Brin sold off all of the assets he owns that are linked to Musk’s companies after learning of the affair.

After the story broke, Musk told The Post that he was contemplating a libel lawsuit against the Journal, which is owned by The Post’s corporate parent, News Corp.

Musk and Brin attended the party at the Jurvetsons’ home in Half Moon Bay, just south of San Francisco, according to DailyMail.com.

“Legal action by a public person against a news organization in America is futile. Better to refute on Twitter or ignore, which is what I do most of the time,” Musk told The Post in an email.

“I spoke to both Sergey and Nicole about the article and they were both adamant that they had not talked to WSJ, nor authorized anyone to speak on their behalf,” Musk wrote.

“Moreover, I was with Sergey from Saturday night to yesterday afternoon with many mutual friends and it was a super positive vibe.”

Musk and Shanahan’s attorney have denied a Wall Street Journal report claiming that the Tesla CEO had an affair with her while she and Brin were separated.Getty Images for Breakthrough P

Musk has complained about negative press coverage of his personal life, including the news that he fathered newborn twins with an executive who works for him at his brain chip company Neuralink.

Musk is also at the center of a legal dispute with Twitter, the social media company that is going to court in an effort to force him to follow through on an agreement to acquire the firm for $44 billion.