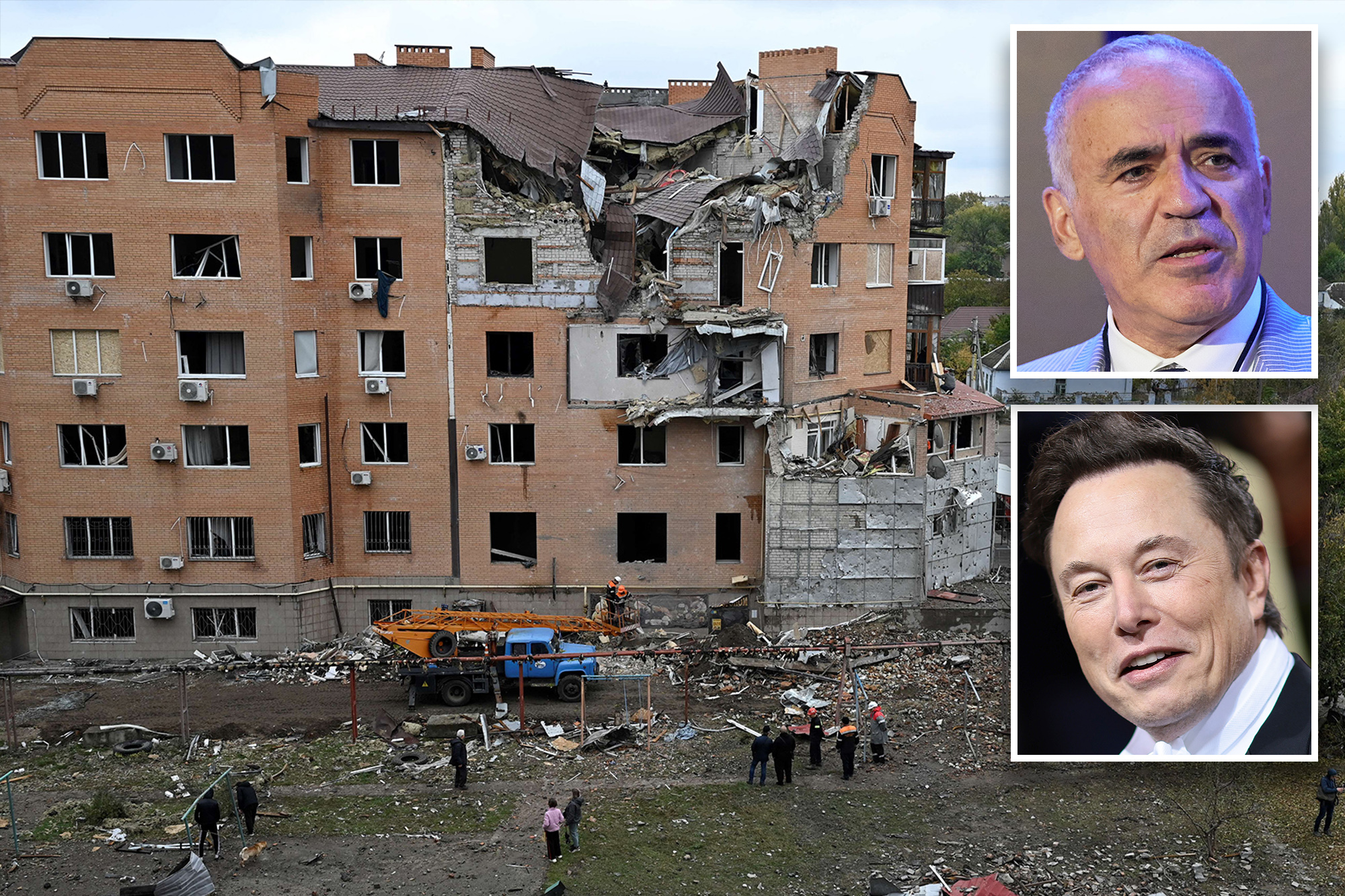 Elon Musk clapped back at Garry Kasparov, calling him an “idiot” and a “douche” after the Russian chess champion lambasted the Tesla CEO for putting forward a Ukraine peace plan that critics say is favorable to the Kremlin.

Kasparov fired the first salvo when he appeared on CNBC’s “Squawk Box” program on Monday and criticized Musk for suggesting that Ukraine cede Crimea to Russia as part of an overall peace settlement in Eastern Europe.

“The cost is huge but Ukraine is paying this cost,” Kasparov, a Russian opposition member who is now living in exile in Croatia after emerging as a fierce critic of President Vladimir Putin, told CNBC on Monday.

“So why are people sitting in the comfort of their mansions in Silicon Valley telling Ukraine how to conduct their own affairs?”

Musk took to Twitter to hit back at Kasparov, a grandmaster who ruled the chess world from 1984 until his retirement in 2005.

“While it’s true that Kasparov is almost as good at playing chess as my iPhone, he is otherwise an idiot,” Musk tweeted.

“The cost is huge but Ukraine is paying this cost. So why are people sitting in the comfort of their mansions in Silicon Valley telling Ukraine how to conduct their own affairs,” says @Kasparov63 of @elonmusk. “It’s moral idiocy and geopolitical blindness.” pic.twitter.com/Iz2wnU2uDC

And I don’t even own a house, let alone a “mansion”, you douche

“And I don’t even own a house, let alone a ‘mansion,’ you douche,” Musk replied.

In a subsequent tweet, Musk revealed that he was “back to spare bedroom / couch surfing at friend’s houses in Silicon Valley, which I did for about a decade.”

“Frankly, I like it this way, as I get to see my friends, who I love, more often,” Musk tweeted.

Kasparov, who has called Putin a “fascist threat…not only to his neighbors, but to the whole world,” has used his public profile to demand more aggressive Western intervention against Russia.

Kasparov, a Russian opposition figure living in exile in Croatia, has called for more aggressive intervention against Vladimir Putin.Getty Images

But Musk has taken a more dovish stance in recent weeks, urging a negotiated settlement that would bring the war to an end.

The tech mogul sparked outrage among supporters of Ukraine when he tweeted out a poll asking his tens of millions of Twitter followers whether a negotiated settlement with Russia should include ceding the Crimea region.

Musk has angered Ukraine supporters by proposing that the country cede Crimea to Russia as part of a peace settlement.Getty Images

Ukraine’s president, Volodymyr Zelensky, and one of his diplomats reacted angrily.

Last week, Musk abandoned a threat to cut off Ukraine’s access to his Starlink internet satellite service due to funding issues.

Musk has also denied a claim by geopolitical analyst Ian Bremmer that the tech mogul personally spoke to Putin just weeks before tweeting his peace proposals.

'The Good Nurse' details Charles Cullen's killing spree
Who Is the Monster In ‘Barbarian’? How Matthew Patrick Davis Became The Mother