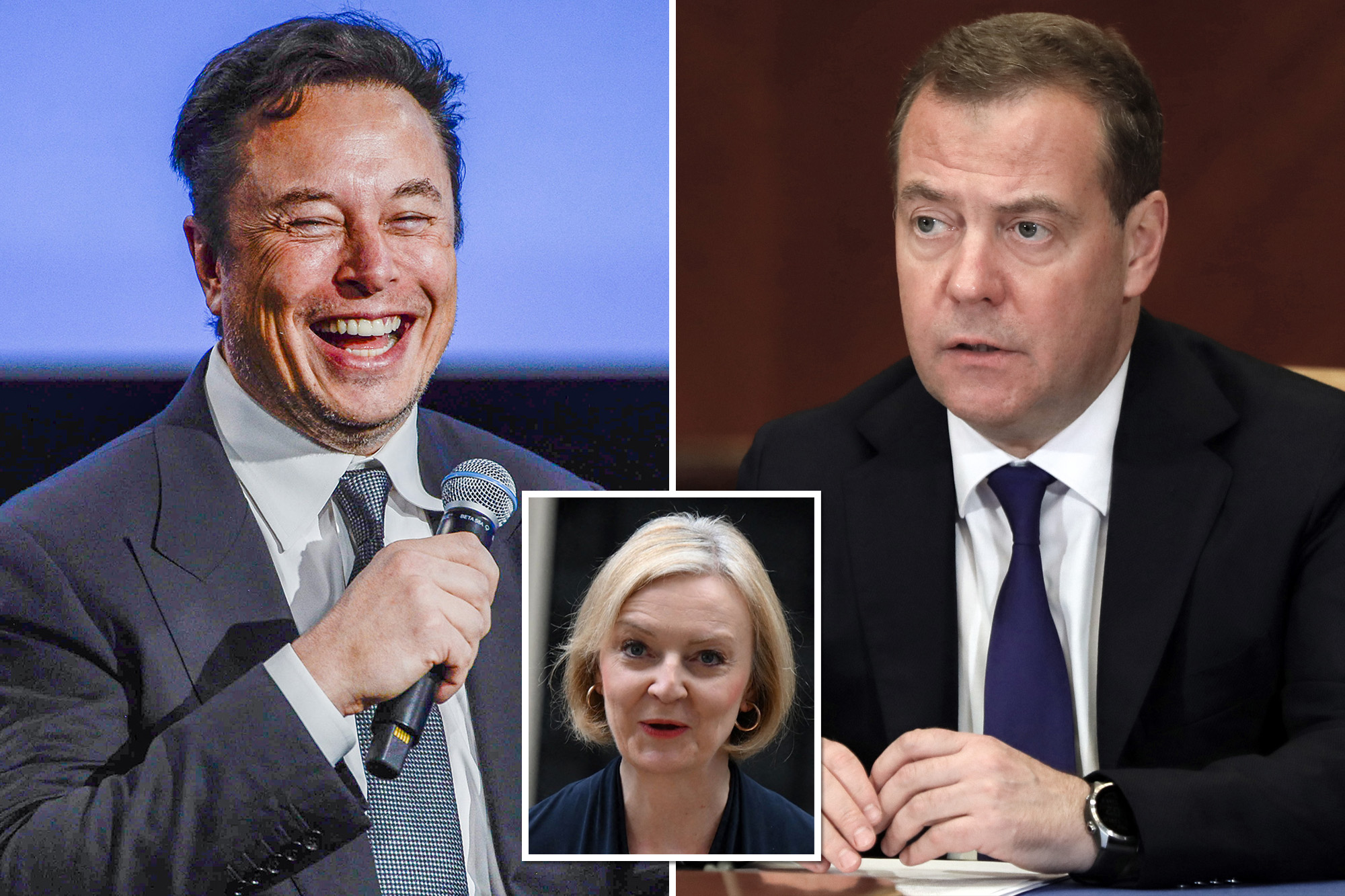 Dmitry Medvedev, the deputy chairman of the Security Council of Russia and a top ally of Russian President Vladimir Putin, trolled Truss on Twitter following her announcement.

Medvedev’s tweet referenced a viral campaign from British tabloid The Daily Star, which jokingly questioned on Oct. 14 whether Truss’ tenure would outlast the shelf life of a head of lettuce. Truss resigned after just 44 days in office.

“Btw, how’s it going in Bakhmut?” Musk added in a separate tweet, making reference to a city in eastern Ukraine where Russia has suffered military setbacks.

See you in Moscow on the Victory Day!

Medvedev, a full-throated supporter of the invasion of Ukraine who has made nuclear threats in recent days, replied by inviting Musk to Russia.

“See you in Moscow on Victory Day!” Medvedev said.

The exchange sparked an uproar on social media, with some users criticizing Musk for exchanging words with the Putin crony.

Musk has drawn scrutiny in recent days for his commentary on the Russia-Ukraine war.

Critics accused Musk of parroting a Kremlin talking point. In response, Musk argued his goal was to de-escalate tensions between the Kremlin and Western allies amid a rise in nuclear saber-rattling.

Dmitry Medvedev is a top ally of Vladimir Putin.

Musk also drew the ire of Ukraine’s supporters by indicating his firm SpaceX could stop providing free Starlink satellite internet within the country. Starlink has played a key role in facilitating communication and military action in Ukraine.

The billionaire later backed off the threat and said SpaceX would continue to provide Starlink.

“The hell with it … even though starlink is still losing money & other companies are getting billions of taxpayer $, we’ll just keep funding ukraine govt for free,” Musk tweeted last Saturday.

Musk’s recent tweets have purportedly garnered the attention of Biden administration officials, who are said to be weighing a national security review of his pending acquisition of Twitter.

Musk recently denied a claim that he told a geopolitical analyst  he personally met with Putin to discuss an end to the war.