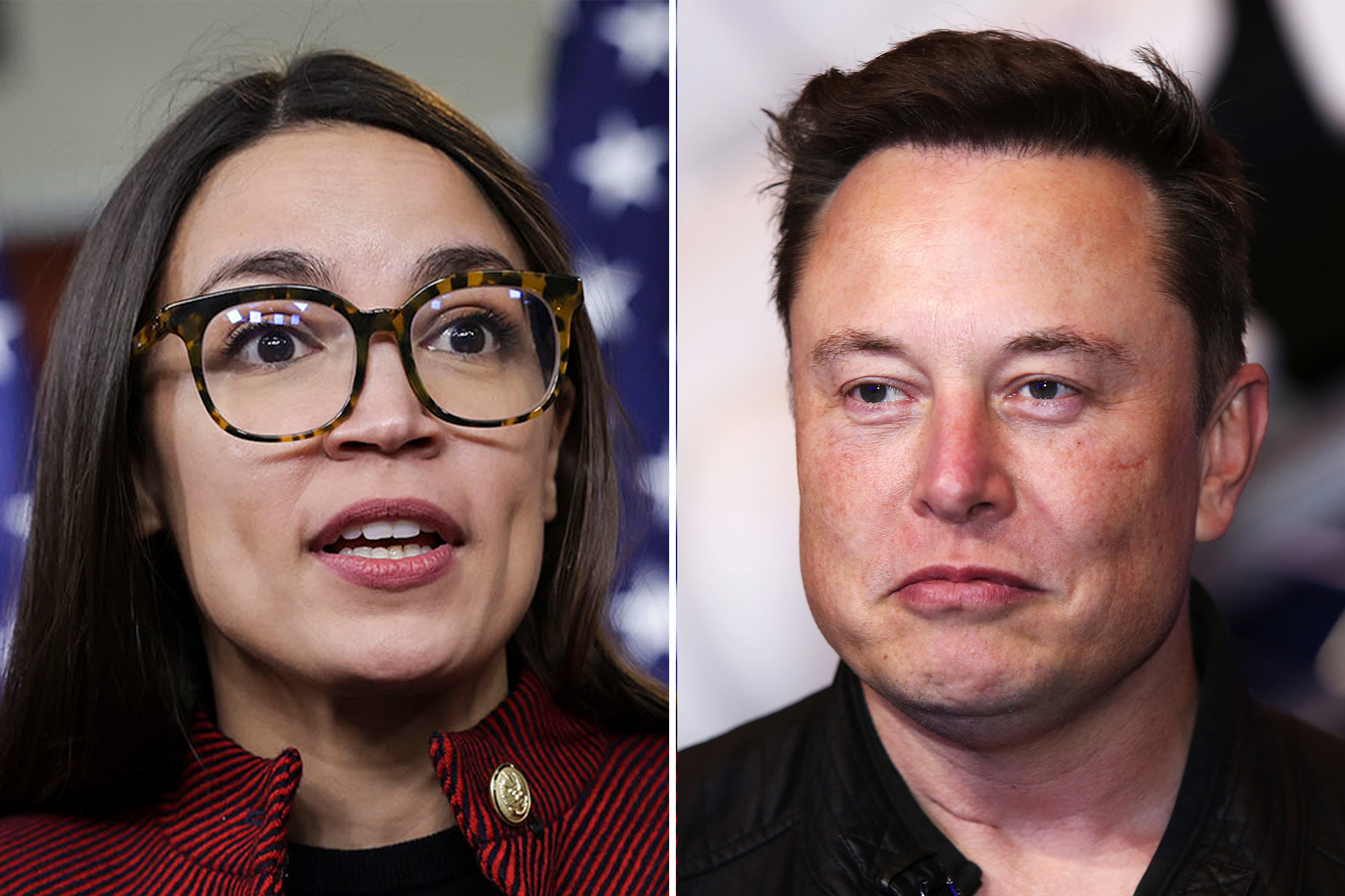 Elon Musk said Alexandria Ocasio-Cortez has “great taste in lipstick” in an apparent reignitiion of his feud with the New York Congresswoman.

Musk made the remark on a podcast called Full Send, in which several co-hosts made comments about the the 32-year-old Congresswoman’s appearance.

Two of the co-hosts called AOC “attractive,” then another said the New York socialist was “alright.”

Musk then chimed in, saying, “Yeah, great choice of lipstick I think. Great taste in lipstick, I mean, that’s my observation. That’s a genuine compliment.”

“Tell me I’m wrong,” Musk added, sipping an alcoholic seltzer and laughing alongside the podcast hosts.

AOC’s office did not immediately respond to a request for comment on Musk’s remarks.

The world’s richest man has a history of sparring with Ocasio-Cortez.

In April, Ocasio-Cortez tweeted: “Tired of having to collectively stress about what explosion of hate crimes is happening bc some billionaire with an ego problem unilaterally controls a massive communication platform.”

Ocasio-Cortez then said that she’d been referring to Mark Zuckerberg — not Musk — then deleted the tweet.

She later posted a screenshot of her back-and-forth with Musk with a shrugging emoji and the caption, “like I said, ego problems.”

Elon Musk said Ocasio-Cortez “was like coming after me or some bulls—t, I don’t know.”

“At the time, it was the only EV that could get me from New York to Washington on like one, or one-and-a-half charges,” she said of her Tesla. “I would love to switch.”

Musk, meanwhile, posted a Twitter poll asking his followers whether they have more trust in billionaires or politicians. His followers chose billionaires — and Musk dared Ocasio-Cortez to run the same poll with her own followers.

The Tesla CEO recounted the exchange on Thursday’s podcast episode, saying that Ocasio-Cortez “was like coming after me or some bulls—t, I don’t know.”

“She was saying billionaires are evil and you’re a billionaire therefore you’re evil,” Musk said. “And I was like, well you’re a politician.”