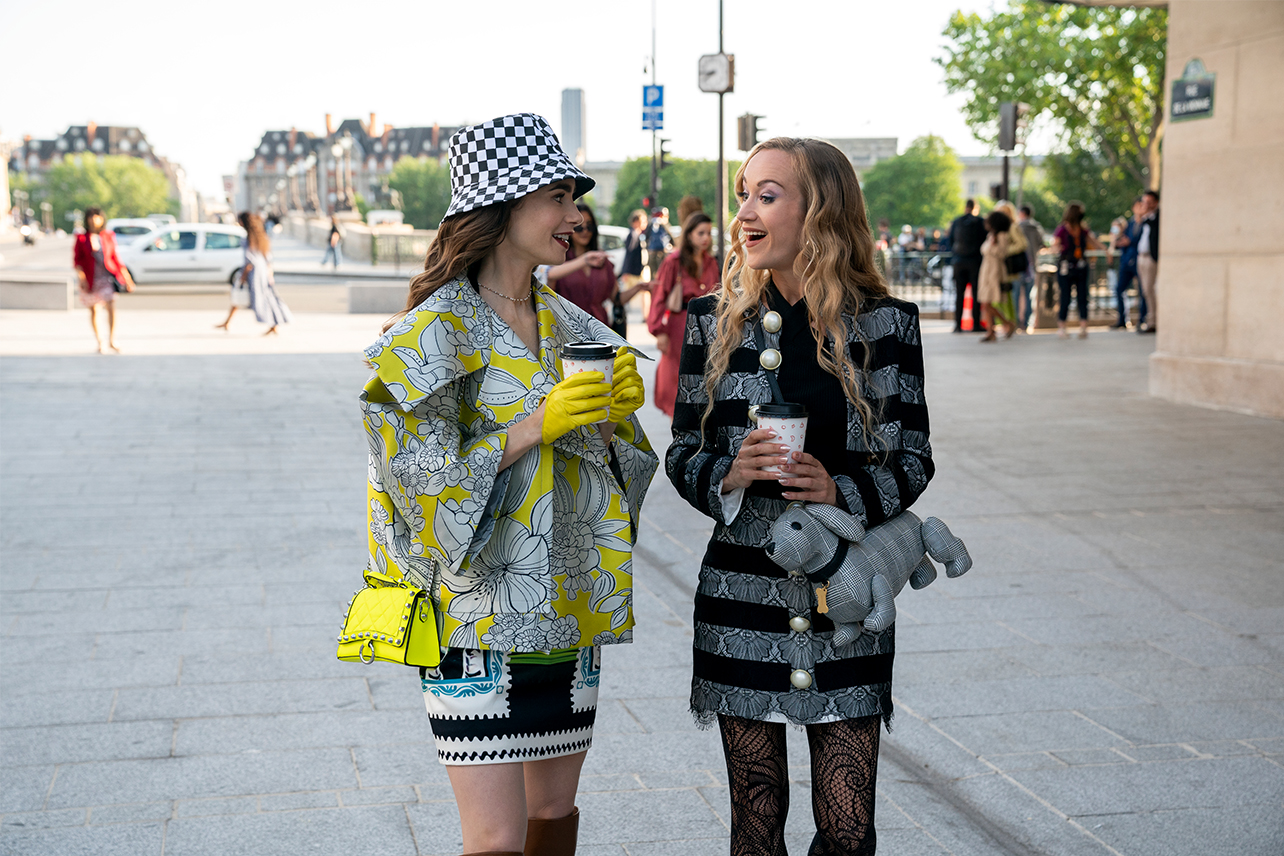 Let me begin by saying that Netflix Original comedy drama Emily in Paris: Season 2, is definitely a step up from Season 1. Emily (Lily Collins) is finally making an effort to learn French, there’s some intriguing drama in the form of old friends becoming new villains, and Sylvie (Philippine Leroy-Beaulieu) steals the show every time we’re lucky enough to have her grace our screens.

While the show did make an effort to take its initial criticisms in stride, unfortunately, it still has some shortcomings (like the drawn-out ménage à trois between Emily, Gabriel (Lucas Bravo), and Camille (Camille Razat), or the way Emily and the supposedly-destitute and definitely-freeloading Mindy (Ashley Park) can afford such lavish wardrobes and lifestyles) that undermined some of its forward motion, none, evidently, more so than the Petra Problem.

Emily in Paris has been in trouble lately for their Eastern European-caricature character, Petra (Daria Pantchenko), who is a designer-obsessed kleptomaniac and can barely speak English or French. She basically serves as a punchline to drive Emily towards Alfie (Lucien Laviscount). Petra and Emily are in the same French class and appear to be on their way towards becoming fast friends when Petra, our American gal, partners with Petra for class projects. It even starts out as a fun exercise of cultural exchange — “tell us about your partner and their lives, mais en français, s’il vous plait!”

We learn that Petra is from Kyiv, Ukraine, that she dresses and looks kind of like Luna Lovegood (you know, Harry Potter’s resident spacey Ravenclaw), she is portrayed as tacky and unsubtle is style and manner, and oh yeah, she LOVES to steal. “I love free, no?” she says before walking out of a fancy store wearing various stolen accessories and clothes, prompting Emily to do the same before valiantly saying that stealing is bad and it didn’t work for Jean Valjean, before returning the stolen items. Petra is both a joke and a cannon fodder to push Emily toward Alfie (and thus spark their relationship).

Lily Collins, her fellow producers, and series creator Darren Star seem to be making genuine attempts to improve Emily in Paris with every season. As they listen to critics and take steps for improvement and growth, they appear to be making an honest effort to improve Emily in Paris. Even so, this stereotyped character ended up rubbing people the wrong way, particularly those of Eastern European origin and nationalities.

Among such detractors was Ukraine’s own culture minister, Oleksandr Tkachenko, who was moved to send a letter to Netflix speaking out against the portrayal of Petra and how it poorly represents and depicts Ukrainian people. Tkachenko elaborated on his reaction in a Telegram post on December 24, writing. “We have a caricature image of a Ukrainian woman that is unacceptable. It is also insulting. Is that how Ukrainians are seen abroad?”

We hope that Netflix and Emily in Paris can continue to listen to reviews and comment to improve representation and character in Season 3. (If there is one, it has not yet been greenlit by Netflix). And maybe, just maybe, if there is another season, we’ll even get to see Petra get some sweet revenge, or at the very least, a nice new storyline.

Watch Emily in Paris on Netflix