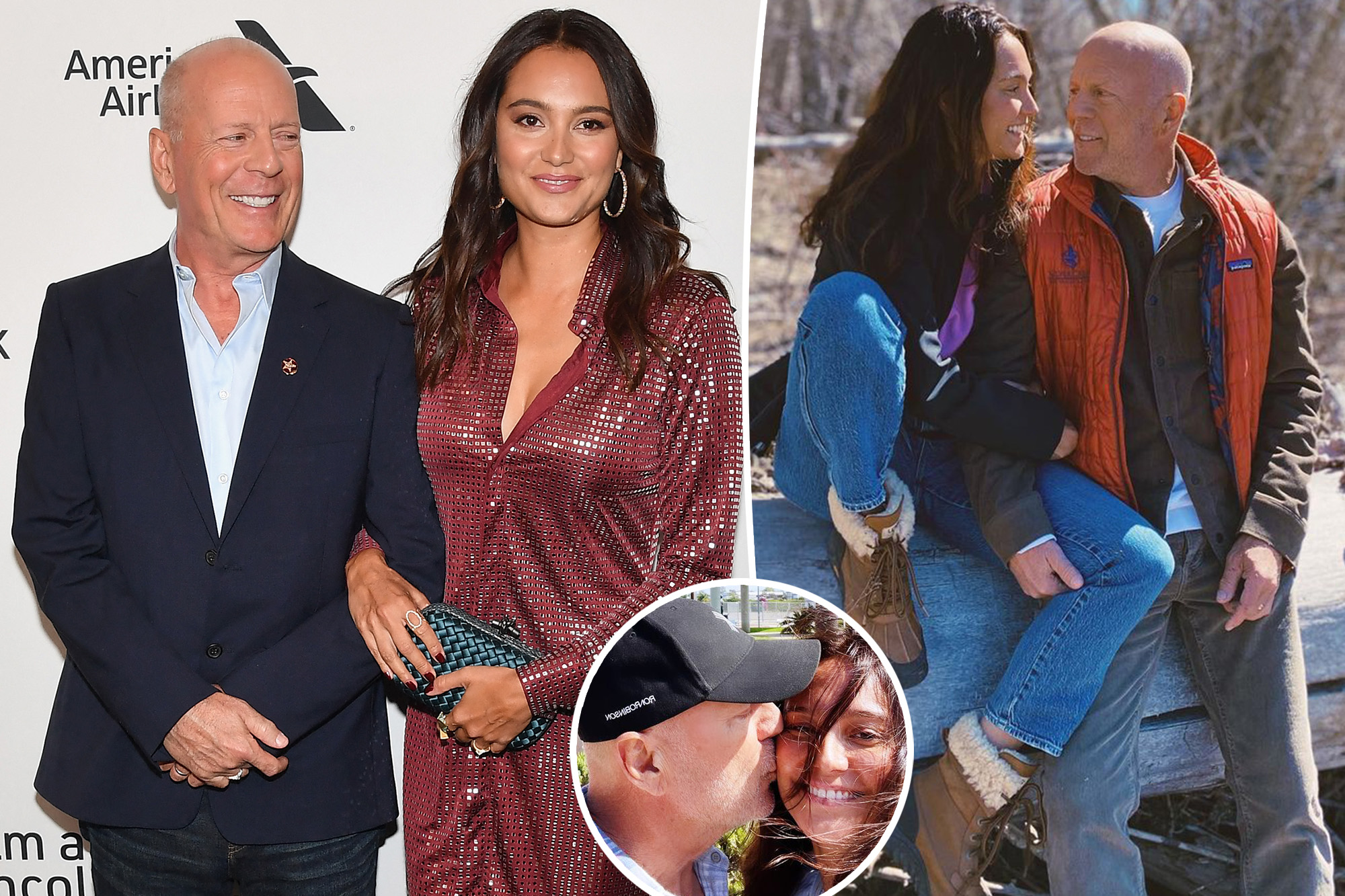 “I love him too,” Heming, 44, captioned the pic, which was posted to her Instagram Story on Wednesday.

The actor, 67, could be seen kissing her sweetly on the cheek as she smiled from ear to ear.

Heming recently spoke out about how her husband’s aphasia diagnosis has “paralyzing” grief that she’s learning to live with it.

“This was the summer of self discovery — finding new hobbies, going out of my comfort zone and staying active,” Heming wrote back in August.

However, Heming was met with some backlash for sharing her struggles, with some even stooping so low as to call her a “drama queen.” She quickly fired back at critics with wise words her husband shared with her.

“When you’re not allowed to talk grief, self-care or being human in the world on grief awareness day…,” the model wrote in an Instagram Story at the time. “My gawd. But in the words of the great, philosophical, insightful Bruce Willis … ‘Ah, f–k em.’”

Heming said she was paralyzed with grief and has been learning to adjust to Willis’ medical condition. AFP

Back in March, Heming revealed that Willis was suffering from aphasia and would therefore be taking a step back from his acting career.

The medical condition can affect a person’s ability to speak, write and understand language, both verbal and written, and typically occurs after a stroke or head injury, according to the Mayo Clinic.

“To Bruce’s amazing supporters, as a family we wanted to share that our beloved Bruce has been experiencing some health issues and has recently been diagnosed with aphasia, which is impacting his cognitive abilities,” the family shared in a statement at the time.

“This is a really challenging time for our family and we are so appreciative of your continued love, compassion and support. We are moving through this as a strong family unit, and wanted to bring his fans in because we know how much he means to you, as you do to him.”

Since his diagnosis was shared with the public, the “Armageddon” actor has been spotted out and about on numerous occasions, appearing to be in good spirits. In May, he enjoyed a sunny day out with friends and was later seen playing basketball with pals.

The name "Easter Island" ...
Is ‘Halloween Ends’ Streaming on HBO Max or Netflix?