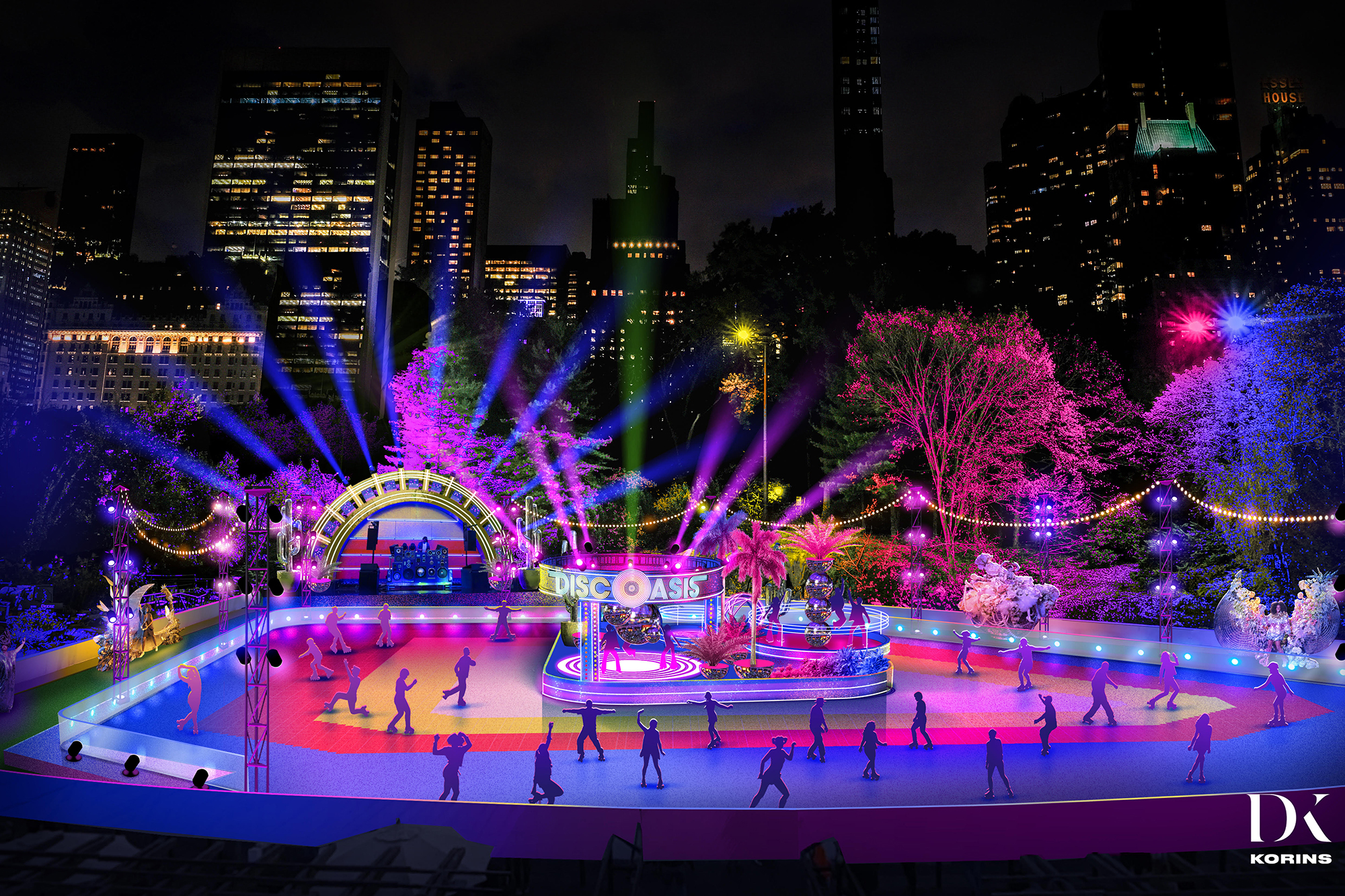 The wheeled variant of boogie fever is still going around.

Yet another roller skating rink is coming to NYC. On the heels of JFK Airport’s TWA Hotel reopening its Roll-A-Rama venue and Rockefeller Center swapping its blades for wheels at the new Flipper’s Roller Boogie Palace, sales have launched for Central Park’s new DiscOasis, with general admission tickets ranging from $16 to $65.

The “immersive, musical and theatrical roller disco experience” will open on June 16 at the Park’s Wollman Rink, where it will remain through Oct. 1, according to a press release. Created by “experience-based” production studio Constellation Immersive in partnership with Los Angeles Media Fund and events promoter Live Nation, the boroughs’ newest wheeled dance venue will offer not just a place to skate but also “theatrical performances,” as well as live DJs, artists and special guests.

“I guess somebody had said, ‘Nile is a roller-skater.’ And the producers called me up right away. I said, ‘Oh, man, I’d love to program the music,” Rodgers, 69, told Gothamist. “I try and explain it to people, like even when I skate now — and most of the time now I skate alone — but you feel so free. It’s almost like people who parachute jump or something, you feel like you’re flying.”

The Wollman Rink “oasis within an oasis” will also feature a “glittering roller rink fantasia as its centerpiece,” designed by the Tony Award-nominated David Korins, and lighting design by the award-winning David Weiner, according to the release. There will also be food and beverage service, although a menu has yet to be released.

While this will be the DiscOasis’ virgin run in New York, it previously enjoyed a sold-out 2021 run at a Los Angeles botanical garden.