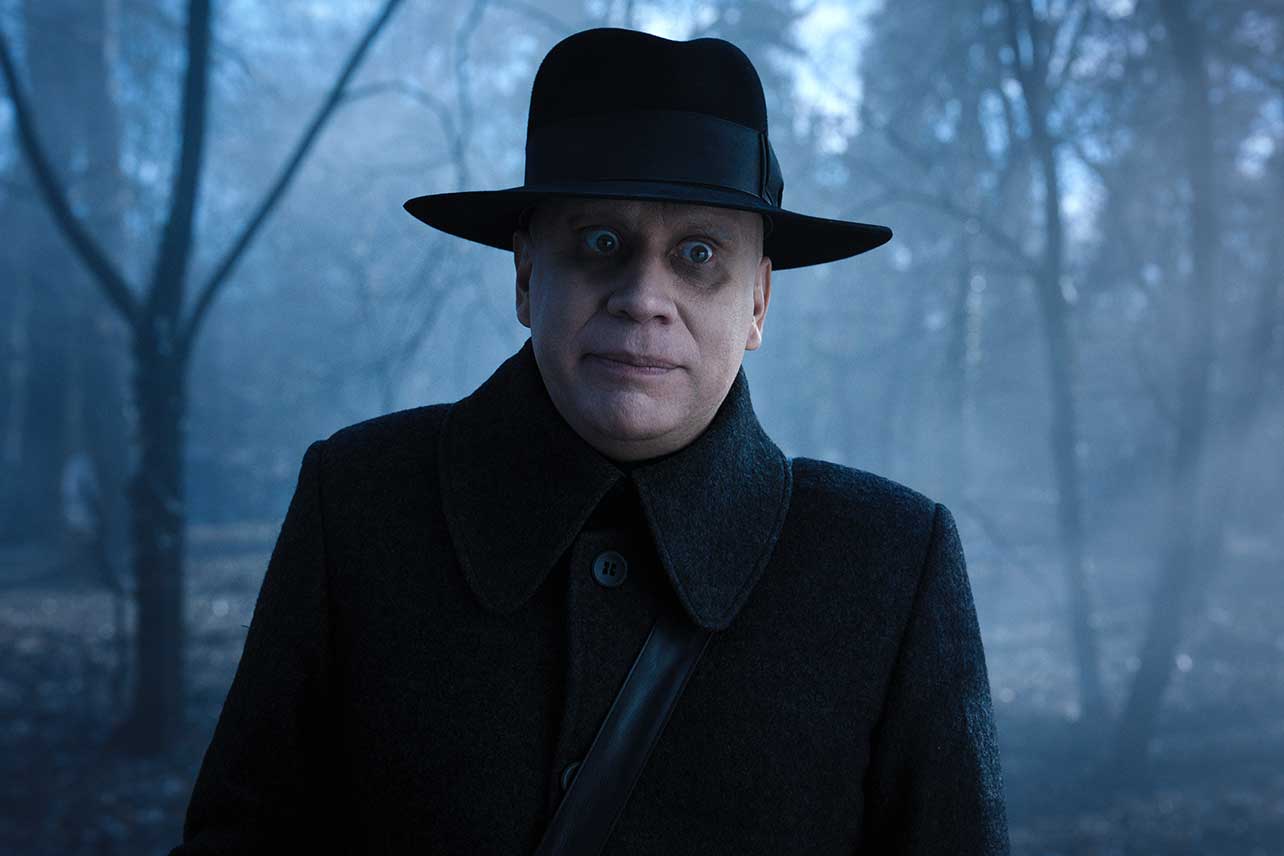 He’s creepy and he’s kooky, mysterious and spooky. And this news is altogether ooky: as revealed at New York Comic Con, Fred Armisen will play Uncle Fester in Netflix’s Addams Family spinoff, Wednesday. The news was officially announced at the show’s Wednesday panel, along with the official trailer which revealed Christina Ricci in her secret, new role.

As Armisen, who was a surprise addition to the panel revealed: he actually did shave his head for the series, since he didn’t want to wear a bald cap.

Wednesday focuses on the titular daughter of Morticia (Catherine Zeta-Jones) and Gomez Addams (Luis Guzmán), played by Jenna Ortega. In the series, Wednesday is sent to Nevermore Academy, a strange school for supernatural creatures where she’s supposed to learn to harness her burgeoning psychic abilities. In the midst of this (and her general hatred of the school), Wednesday also has to stop a killing spree in the local town, and solve a mystery that involved her parents 25 years earlier.

The series comes from showrunners/EPs/writers Alfred Gough and Miles Millar, but the selling point is the collaboration with director/executive producer Tim Burton. While Burton only directed the first four episodes (the additional four episodes are directed by Gandja Monteiro and James Marshall), this is the storied director’s first television series, and the first anything he’s directed since 2019’s live-action Dumbo.

Nine Line Apparel 'Florida Strong' T-shirt ad rejected on Facebook: Tyler Merritt
Reply to idk about all that but thanks doe ...