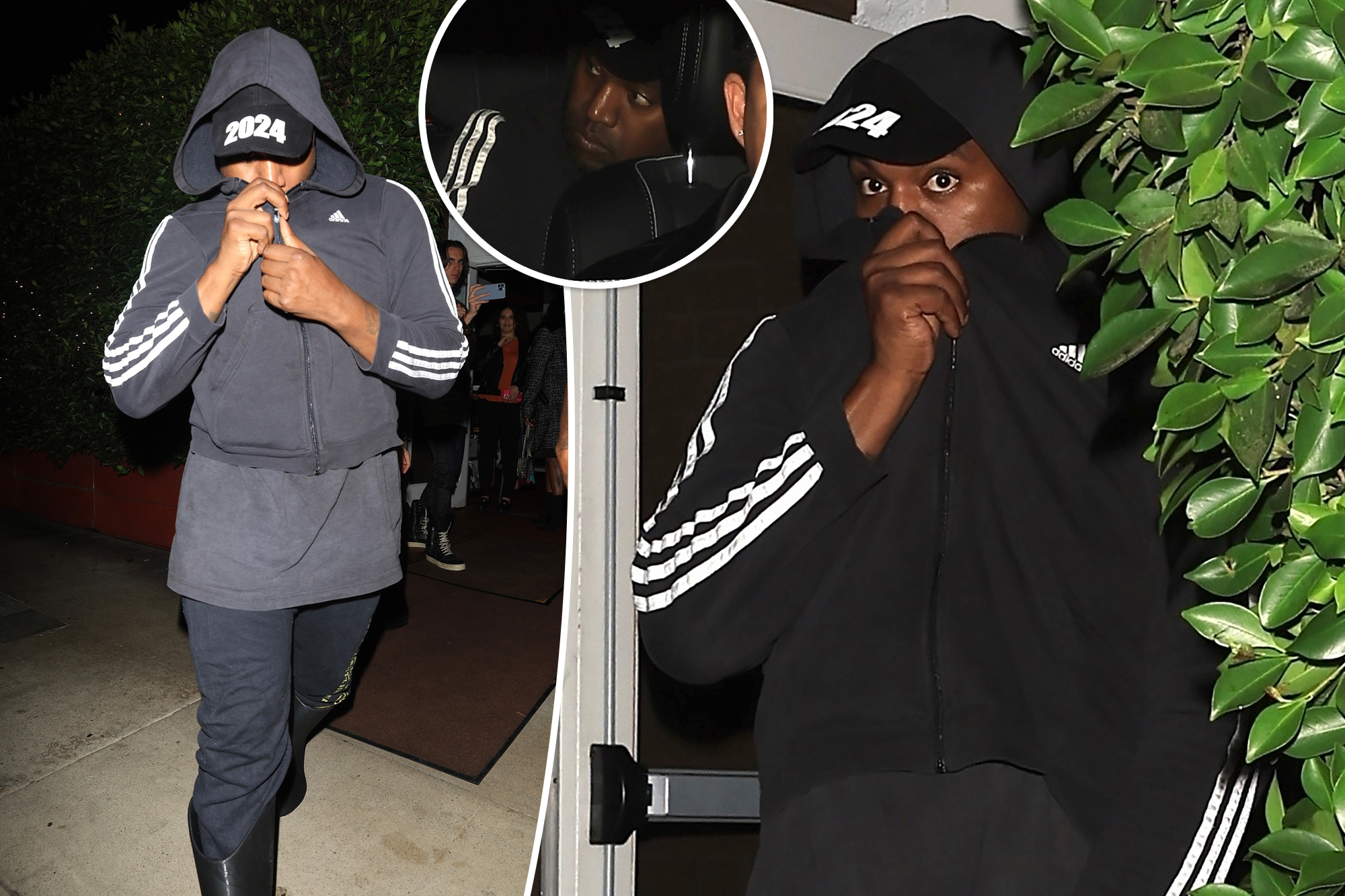 Sources close to Kanye West are deeply concerned about him, Page Six is told.

Insiders are in no doubt that his recent headline-grabbing behavior is the result of a mental break, and they believe it’s the most serious such episode that the rapper has suffered.

We’re told that the “Watch the Throne” star is barely sleeping, which is an issue that reportedly contributed to his hospitalization in 2016.

Sources close to the star said that his odd behavior began when he fired the publicist for his Paris fashion show last week, scrapped his plans for the show and hastily put together a new show featuring the now-infamous “White Lives Matter” theme. He also booked his jaw-dropping interview with Tucker Carlson against the advice of his team, according to insiders.

Since then he’s been firing consultants and advisers who have disagreed with him or resisted his ideas, sources said, which have widely been regarded as anti-Semitic or racist.

Sources close to Ye claim he is barely sleeping.ShotbyNYP / BACKGRID

Ye spotted with a mystery woman at dinner at Giorgio Baldi in Santa Monica, Ca.ShotbyNYP / BACKGRID

He’s also trying to hire a new team geared toward politics, and said he wants to focus on putting together a platform for a second presidential run in 2024. (Yesterday, he posted a baseball cap with “2024” printed on the brim.)

They also said that he’s been alienating confidants by using the same rhetoric in private that led him to publicly endorse the “White Lives Matter” slogan and tweet anti-Semitic remarks.

We’re told that friends are at a loss to find someone who can get through to the superstar and convince him to seek professional help or temper his outlandish and self-destructive behavior, and he’s even fought with longtime pals who have tried to calm him down.

West was hospitalized because of mental health problems in 2016 and in 2019 he said that he suffers from bipolar disorder.

Over the weekend, Instagram said that it was restricting West’s account because the company said he had violated its standards, and Adidas said his sneaker deal was under review.

The “White Lives Matter” slogan and anti-Semitic remarks have sparked a lot of backlash.Twitter/Candace Owens

A rep for West didn’t respond.