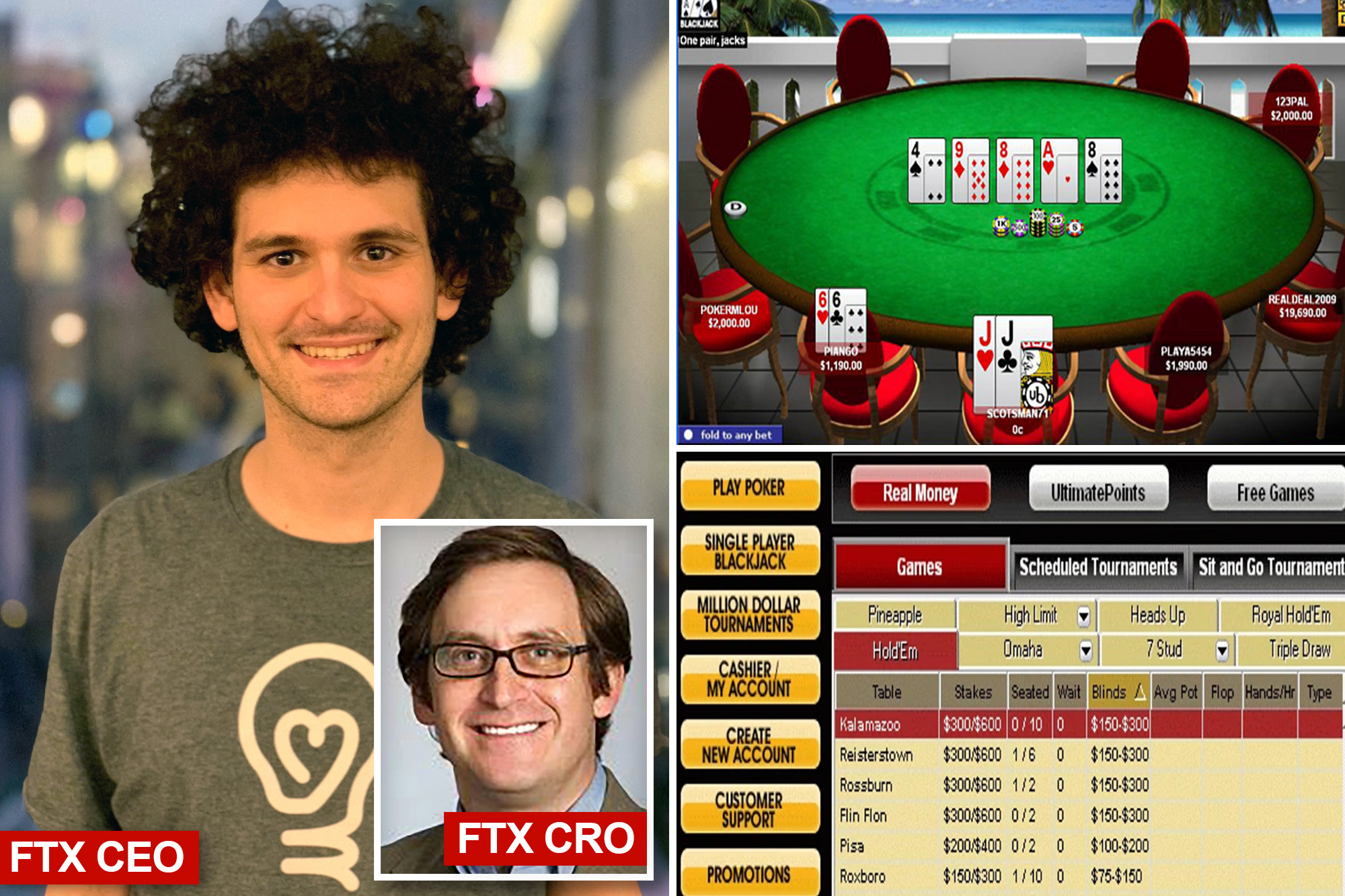 The top “regulatory officer” at fallen crypto exchange FTX was embroiled in a notorious online poker cheating scandal more than a decade ago — and was caught on tape allegedly aiding the perpetrators of the fraud, according to reports.

Dan Friedberg — a lawyer who was FTX’s chief regulatory officer in the months leading up to its collapse and who also did a stint as its general counsel — also had served as an attorney for UltimateBet, whose collapse was considered one of the largest online gambling scandals in history at the time.

In the alleged scheme — which reportedly claimed actor Ben Affleck among its victims — employees between 2005 and 2008 were accused of using a software exploit dubbed “God mode” to bilk players out of anywhere between $20 million and upwards of $50 million.

The scandal drew coverage from CBS News’ “60 Minutes” and spawned a cult documentary called “UltimateBeat: Too Much To Lose.”

Friedberg, who reportedly resigned from FTX company earlier this month as it filed for bankruptcy, appears to have since scrubbed his LinkedIn account, which now displays a message “this page doesn’t exist”. Online bios for Friedberg said he joined FTX after a stint at the Seattle-based law firm Fenwick & West, where he chaired the payments systems practice.

FTX, meanwhile, has taken down an “about” page that listed short bios for its top executives, including disgraced ex-CEO Sam Bankman-Fried, FTX co-founder Gary Wang and Friedberg, as well as links to their LinkedIn pages.

The UltimateBet scandal arose after revelations that some of the site’s employees were using the software exploit to peek at online opponents’ cards during hands and bet accordingly.

In 2008, the Kahnawake Gaming Commission, the Canada-based regulatory body that licensed UltimateBet, said it “found clear and convincing evidence” that Russ Hamilton, a UltimateBet co-owner and consultant, “was the main person responsible” for the scam, along with a handful of accomplices.

Friedberg’s involvement surfaced after recordings of his conversations with the poker site’s top brass was leaked to the public in 2013. The recordings were taken during a meeting in early 2008 between Hamilton, Friedberg and other executives and were reportedly leaked by Travis Makar, Hamilton’s longtime assistant.

Friedberg can be heard on tape discussing how UltimateBet should respond and handle media inquiries. Friedberg also advised company executives on a strategy to limit payouts to victims by withholding the extent of the scheme.

“I think, for the public, it just has to be, ‘Former consultant to the company took advantage of a server flaw by hacking into the client, unable to identify exactly when,’” Friedberg allegedly said on the tape, dictating a script in a bid to shortchange victims of the fraud.

Friedberg even advised Hamilton to claim he also was a victim of the scandal because “otherwise it’s not going to fly.” He acknowledged on tape that the liquidator for Excapsa, the software firm that owned UltimateBet, had $47 million on hand for potential payouts – but that executives wanted to limit the total to no more than $5 million.

“If we can get it down to five, I’d be happy,” Friedberg added regarding potential payouts.

At one point in the recording, Hamilton admitted his guilt while directly addressing Friedberg.

UltimateBet players were reportedly bilked out of $20 million or more.

“I did take this money and I’m not trying to make it right, Dan, so we gotta get that out of the way right away, real quick,” Hamilton said.

The recordings were widely covered by poker media outlets when they first surfaced, including Poker News, which pointed out the connection between FTX, Friedberg and the UltimateBet scandal last week. Poker.org also posted a retrospective on Friedberg’s UltimateBet saga — and speculated about possible parallels with FTX.

“Friedberg would almost certainly have served an important legal and functional role in finding ways to make FTX’s services and structure appear legitimate in the eyes of financial regulators around the globe,” Poker.org’s Haley Hintze wrote last week.

The Post could not immediately be determine whether Friedberg had any disciplinary action over his involvement with UltimateBet. A Daniel S. Friedberg with expertise in banking and securities is still listed as eligible to practice law on the Washington State Bar Association’s website.

In its 2008 segment, “60 Minutes” reported that “jurisdictional issues” had prevented any criminal charges from being filed against Hamilton or others implicated in the scandal. The audio tapes revealing Friedberg’s involvement did not surface until years after the Kahnawake Gaming Commission released its findings.

Bankman-Fried is alleged to have transferred $10 billion in FTX client funds to help prop up Alameda Research, a cryptocurrency trading house he also owned. At least $1 billion of those funds is still missing.

In a court filing on Thursday, FTX’s new CEO John Ray III, slammed what he described as a complete lack of regulatory guardrails at corporate oversight at the platform under previous leadership – and declared the situation was worse than what he encountered while steering infamous energy firm Enron through its bankruptcy.

Dan Friedberg advised UltimateBet executives on how to respond to the scandal.

“Never in my career have I seen such a complete failure of corporate controls and such a complete absence of trustworthy financial information as occurred here,” Ray said in the filing.

Friedberg’s past raised alarm bells in the cryptocurrency sector long before FTX’s downfall. In August 2021, cryptocurrency news site CoinGeek noted that FTX’s decision to tap Friedberg as its chief regulatory officer was “almost comically inappropriate” given his past.

CoinGeek’s Steven Stradbrooke noted it “remains something of a mystery” how Friedberg “managed to avoid being disbarred” after the recordings surfaced.

Sam Bankman-Fried is the disgraced ex-CEO of FTX.via REUTERS

Elsewhere, short-seller Marc Cohodes pointed out Friedberg’s involvement while predicting FTX’s downfall during a Sept. 3 appearance at the Hedgeye Investing Summit – a full two months before the platform crumbled.

At the time, Cohodes, who has a reputation for uncovering fraud, argued that FTX was “dirty and rotten to the core.”

“Either FTX knew they hired a chief regulatory officer who was part of a card-cheating scandal, either they knew that, or he covered it up and got hired,” Cohodes added.

So far, Friedberg has been quiet about what transpired at FTX despite his presumably large role in the firm’s oversight. A mention of his involvement surfaced in a recent Wall Street Journal article, which quoted a friend who had dinner with Friedberg the day of his resignation.

The source said Friedberg was “visibly shaken” during the dinner and that the ex-FTX attorney had showed them a text message he purportedly sent to Bankman-Fried, which read, “One day I hope I can forgive you.”

The dust storms on Mars are huge: One 2018 "planet-encircling" event was the size of North America and Russia combined.
Time, Channel, How To Watch The AMAs 2022 Live