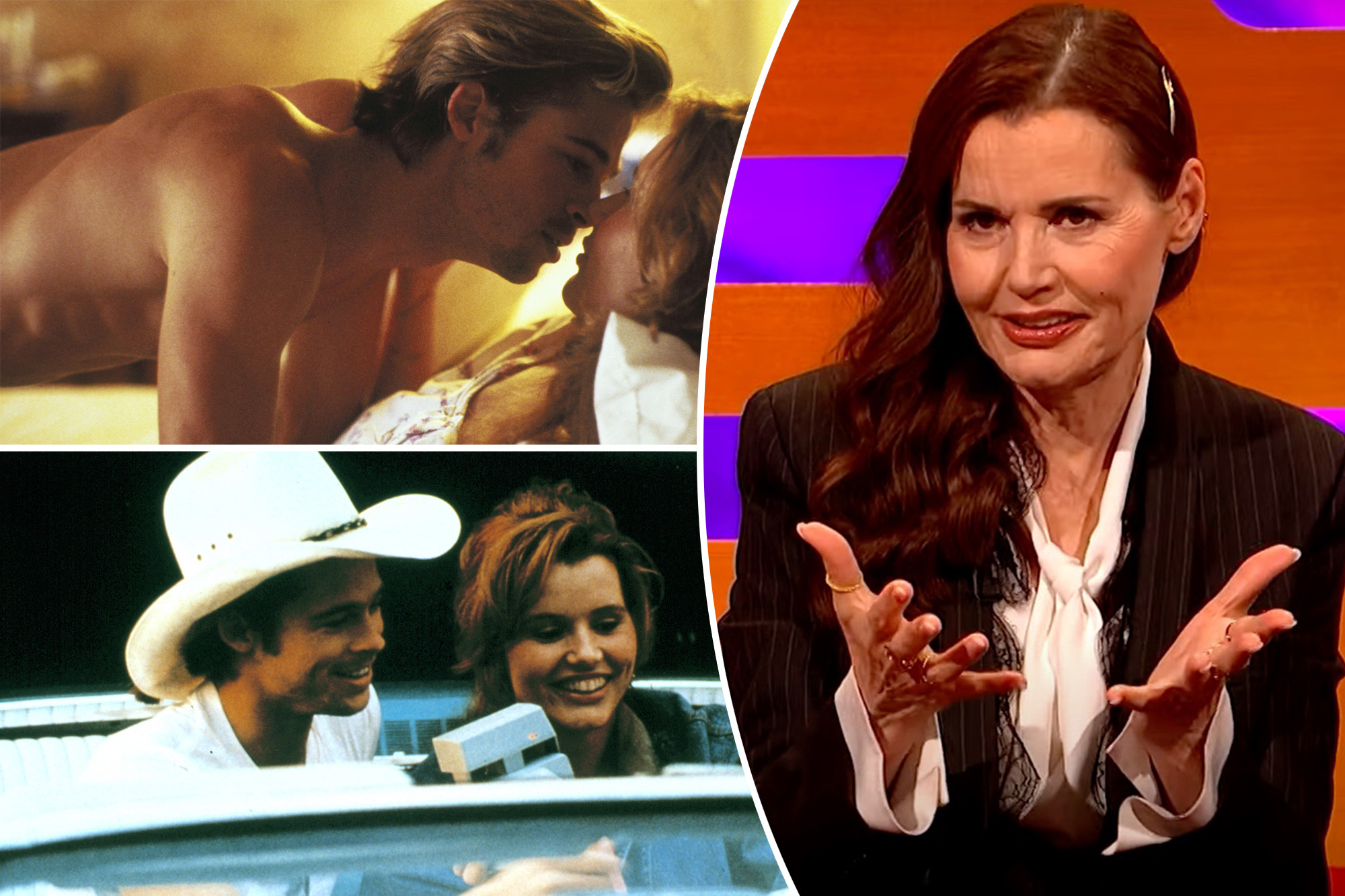 Geena Davis revealed that an A-list actor hated Brad Pitt because he was jealous that Pitt landed the role of “Thelma & Louise” ahead of him.

On an episode of “The Graham Norton Show,” Davis, who starred alongside Susan Sarandon in the 1991 Ridley Scott flick, recalled Pitt’s audition to play her love interest JD.

“Each of them were very handsome,” said the “A League of Their Own” star of the four actors reading for the role.

“They all had brown hair and were very talented. I didn’t care who it was going to be. Then the fourth one comes in, and it’s Brad Pitt. He’s so charismatic and so incredibly talented that I was screwing up his audition.”

Davis shared that she was so taken with the blonde hunk that she forgot her line — but she gave him her endorsement for the role.

She didn’t know the other JD hopefuls at the time, but they were Mark Ruffalo and Grand Show from “Melrose Place.”

On an episode of “The Graham Norton Show,” Davis recalled Pitt’s audition to play her love interest JD.

She had a chance encounter with the fourth candidate on a flight from Europe to Los Angeles.

“This gentleman was very friendly and great,” she recalled.

Another actor that auditioned for the role of JD was Mark Ruffalo.

Grand Show from “Melrose Place” also auditioned for the role of JD.

“I said, ‘Oh, did you want the part?’ And he said, ‘You couldn’t tell when I auditioned with you?’ And it was George Clooney.”

Geena Davis, Susan Sarandon, and Brad Pitt on the set of “Thelma & Louise.”

A young Pitt modeling on location in the early 1990s.
Getty Images

Davis said that all four actors reading for the role “were very handsome.”
The Graham Norton Show /YouTube

Clearly, time softened Clooney’s hatred of the hunk because the pair went on to become great pals, starring together in “Ocean’s Eleven” franchise and “Burn After Reading.”

And in a September interview with Vogue, he called the ER star “the most handsome man in the world.”

NYC pay transparency law will spur demands for raises nationwide: experts
should i do a series from this audio -woyshnis media...