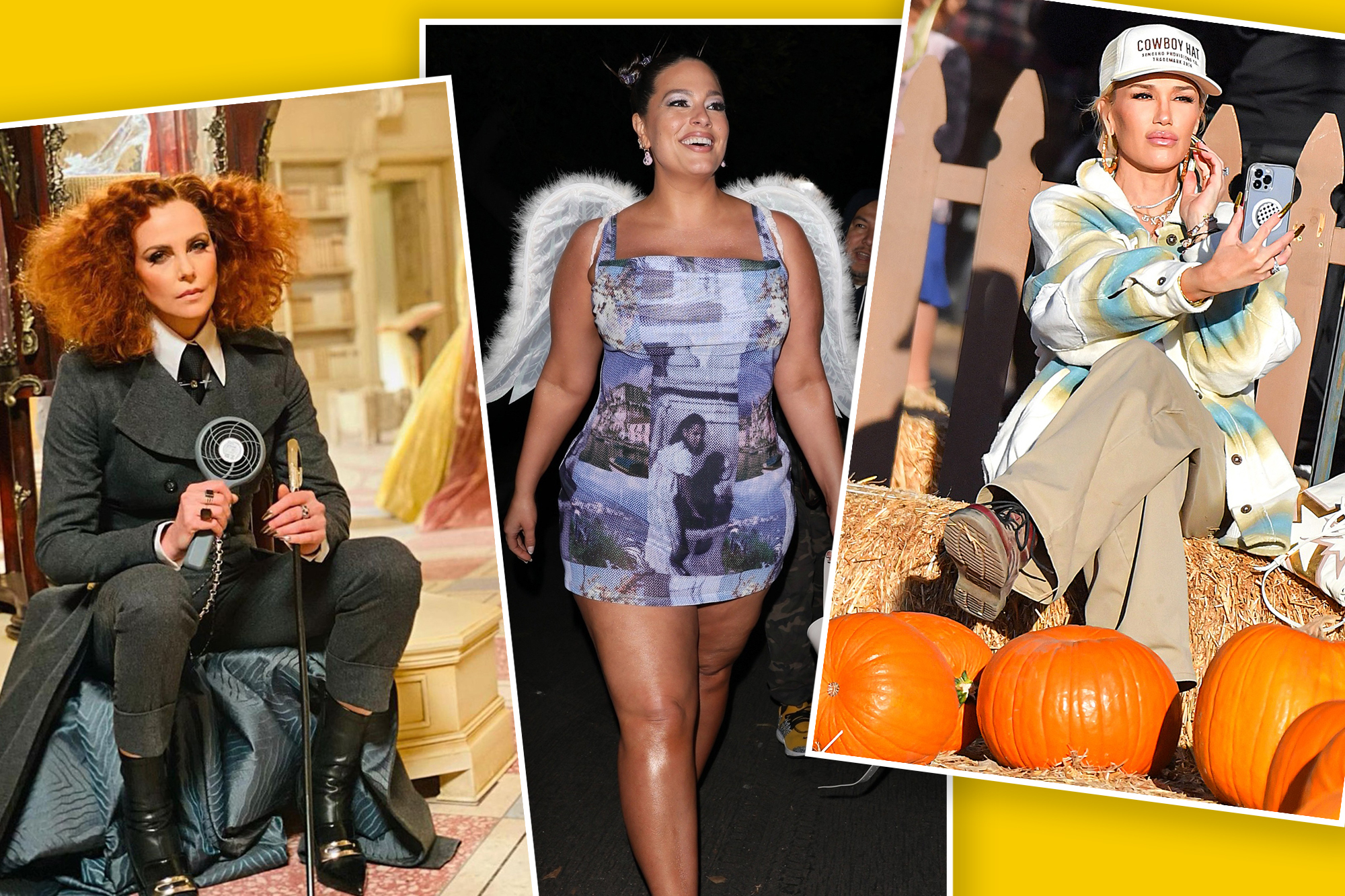 HEAVEN SENT: Model Ashley Graham gives blessings to all while dressed as an angel at an LA Halloween party.

SHE’S THE COOL TEACHER: Color us a fan of Charlize Theron, who chills out on the set of her movie “The School for Good and Evil.”

SOUTHERN GENTLEMAN: Eddie Redmayne poses with fans at the Savannah Film Festival, where he repped his new movie, “The Good Nurse.”

TUBING IN THE DEEP: No dry town here: Adele shoots the first music video off her latest album, “30,” for her single “I Drink Wine.”

BALL IN THE FAMILY: Los Angeleno Caitlyn Jenner (right) and daughter Kendall go to a Clippers game against her boyfriend Devin Booker’s team, the Phoenix Suns.

THANK YA VERY MUCH: Cailee Spaeny plays Priscilla Presley alongside Jacob Elordi as her husband-to-be, Elvis, in Sofia Coppola’s biopic of the young wife to the King of Rock ‘n’ Roll.

NO. 1 FANS: Olivia Rodrigo (center) and pals Madison Hu (left) and Iris Apatow showed up for their friend Conan Gray’s concert decked out in homemade tees.

PURPLE AHHMAZE: Kerry Washington pops out in a puffy dress on her way to ABC’s “The View” in NYC.

FOOD FOR FACE: People who play teens on TV need skin care too! “Riverdale’s” Camila Mendes matches her breakfast with her face mask.

NEW YORK UP CLOSE: Bronx native Tracy Morgan (left) joins Jessica Chastain and her stepfather, Michael Hastey, on the floor of Madison Square Garden for a Knicks game against the Charlotte Hornets.

GIRL ON FIRE: Kelly Rowland blazes on the red carpet in a Monsoori gown for the Wearable Art Gala in Santa Monica, Calif.

LILY IN TIME: Emily may be in Paris but actress Lily Collins is gracing the magazine’s Time 100 Next gala, held at Lincoln Center.