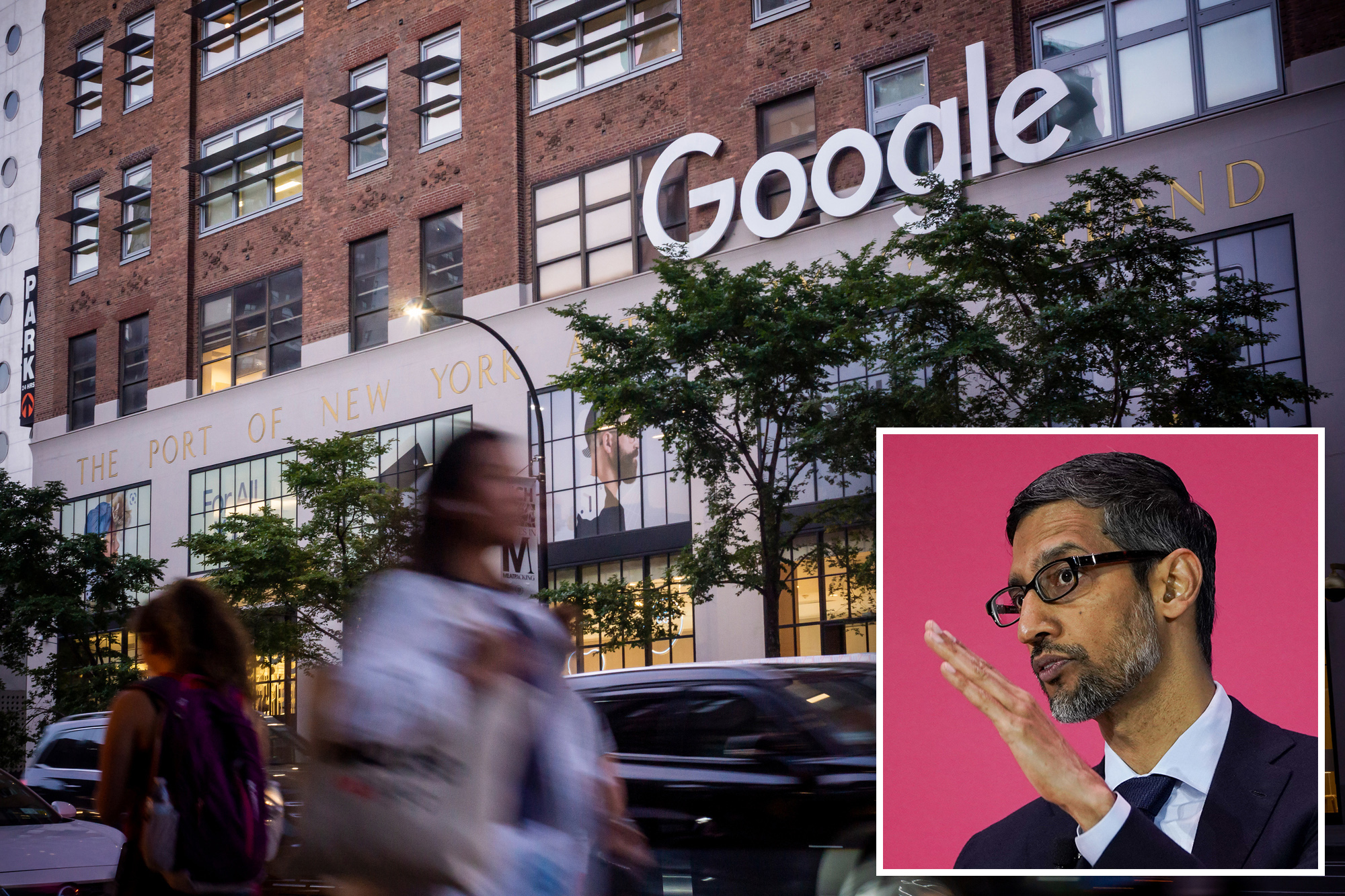 Google is doubling down on its strategy of boosting its footprint in New York City even as tech rivals paused their expansion plans in the Big Apple due to workers’ preference for staying remote.

“And we would do that only if we’re optimistic to access to tech talent and being able to scale up.”

Pichai has put his money where his mouth is. Last year, Google announced it was buying the St. John’s Terminal building at West Houston Street near the Hudson River for a whopping $2.1 billion.

Pichai told Crain’s that Google plans to open offices at the location by the middle of next year.

Google is also developing two other sites in the Hudson Square section of Manhattan. Altogether, the three buildings will comprise a campus totaling 1.7 million square feet.

Earlier this year, Google unveiled a new campus on Pier 57 that will include office space in three buildings.

As of last September, Google employed 12,000 people in the city. The company said it aims to increase that number by 2,000 employees in the coming years.

Pichai told Crain’s that the city’s tech environment, which includes more than 1,000 fintech startups, was a big lure for Google.

At least 20 of those companies have attained “unicorn status” — meaning their private valuation is worth at least $1 billion.

Earlier this year, Google unveiled its new campus at Pier 57 in Manhattan.Courtesy of Google

“When I looked at specific sectors, like fintech, I was surprised at the scale and number of startups in New York,” Pichai said.

The CEO cited the city’s diversity as another main draw. Pichai’s interview with Crain’s coincided with an announcement that Google would launch a round of grants totaling $4 million toward computer science education and teacher training in the city.

While Google plans to expand its New York footprint, other tech giants are more hesitant.

Meta Platforms Inc., the parent company of Facebook and Instagram, halted its planned expansions earlier this year amid uncertainty and slowing growth in the tech sector.

Amazon also put on hold its plans to grow its presence in New York, according to Crain’s.

‘Lord of the Rings’: Robert Aramayo Teases “Risks” Ahead for Besties Elrond and Durin in Khazad-dûm
Feist pulls out of Arcade Fire tour, citing allegations against frontman Win Butler