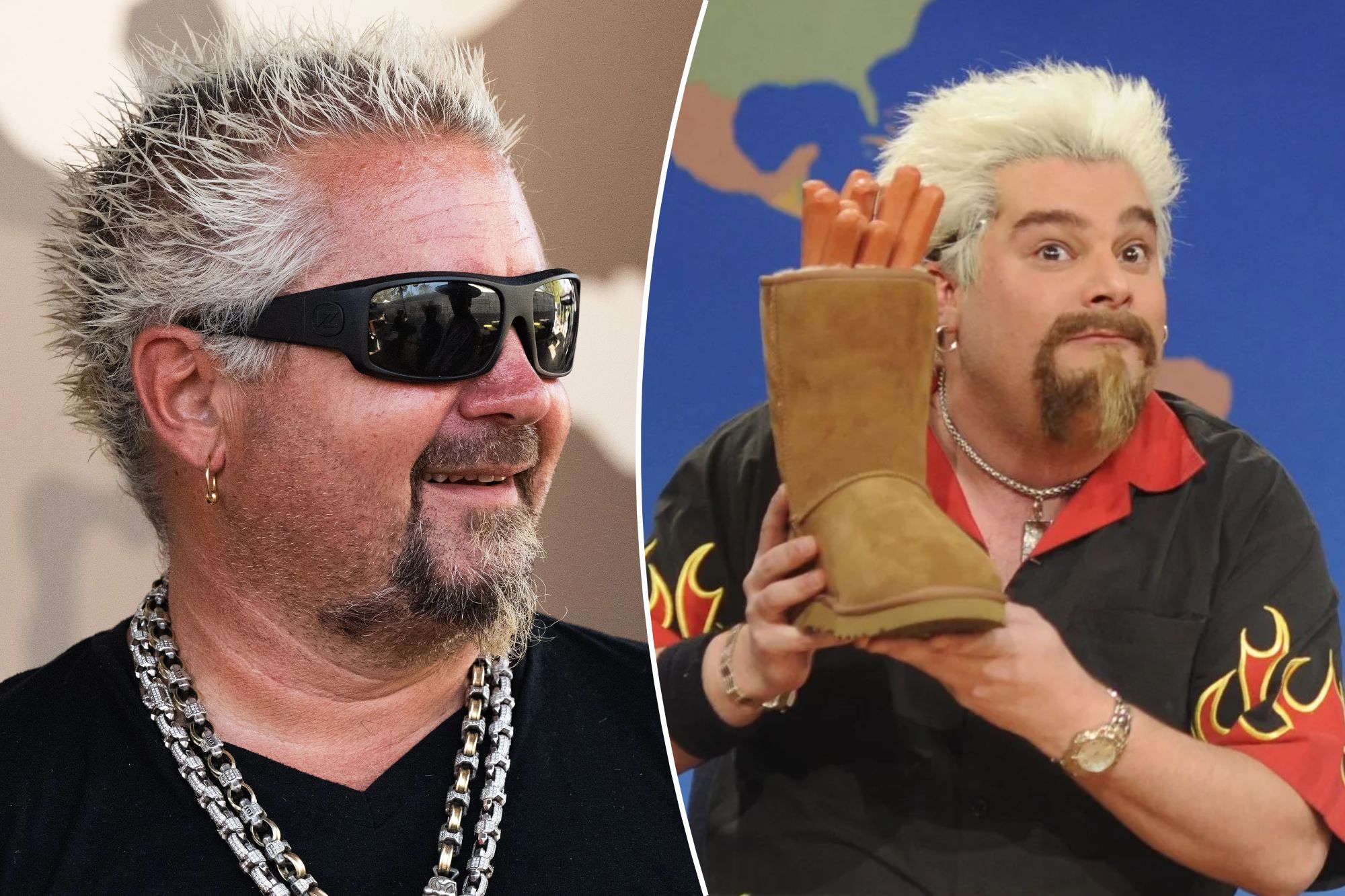 Guy Fieri is down to ditch Flavortown for New York City if that means getting to host “Saturday Night Live” — but only if his impersonator Bobby Moynihan can come.

The spiky-haired “Diners, Drive-Ins and Dives” host once again expressed his interest in taking on the late-night sketch comedy show on an episode of HBO Max’s “Who’s Talking to Chris Wallace?”

While Fieri himself, 54, has never graced the Studio 8H stage, former “SNL” cast member Moynihan appeared on the show multiple times in character as the goateed, greasy spoon guru.

“I love Bobby. I think Bobby’s hysterical,” Fieri told host Chris Wallace. “Matter of fact, the first time and only time I’d made it to ‘Saturday Night Live’ was actually the first night he performed. And I met him at the wrap party later that night.”

The good-humored Fieri was flattered by Moynihan’s impression which even turned into a friendship between the two.

“I’ve been on his podcast. And he, matter of fact, Bobby is on the beginning of ‘Guy’s Ultimate Game Night.’ You’ll see a fantastic show with him on there,” he said.

The charismatic chef already has an idea of what his “SNL” hosting stint could look like.Getty Images for Stagecoach

Although Moynihan left the show in 2017, Fieri hasn’t given up on the possibility of hosting an episode.

“I’m still looking forward to it one of these days, I’m gonna go host ‘SNL,’” he manifested.

“And then when I do it, I want Bobby to come by, I want him to do me and then me to critique how he’s doing me,” Fieri added.

Moynihan and Fieri are now friends.NBCUniversal

“SNL” is currently in a “year of re-invention” as creator Lorne Michaels would put it. Some of the show’s biggest names, including Kate McKinnon, Aidy Bryant and Pete Davidson, were among the eight cast members/featured actors to not return to its newly launched Season 48.

However, four new comedians have joined the lineup.

Megan Thee Stallion will be the show’s host and musical guest on Oct. 15.