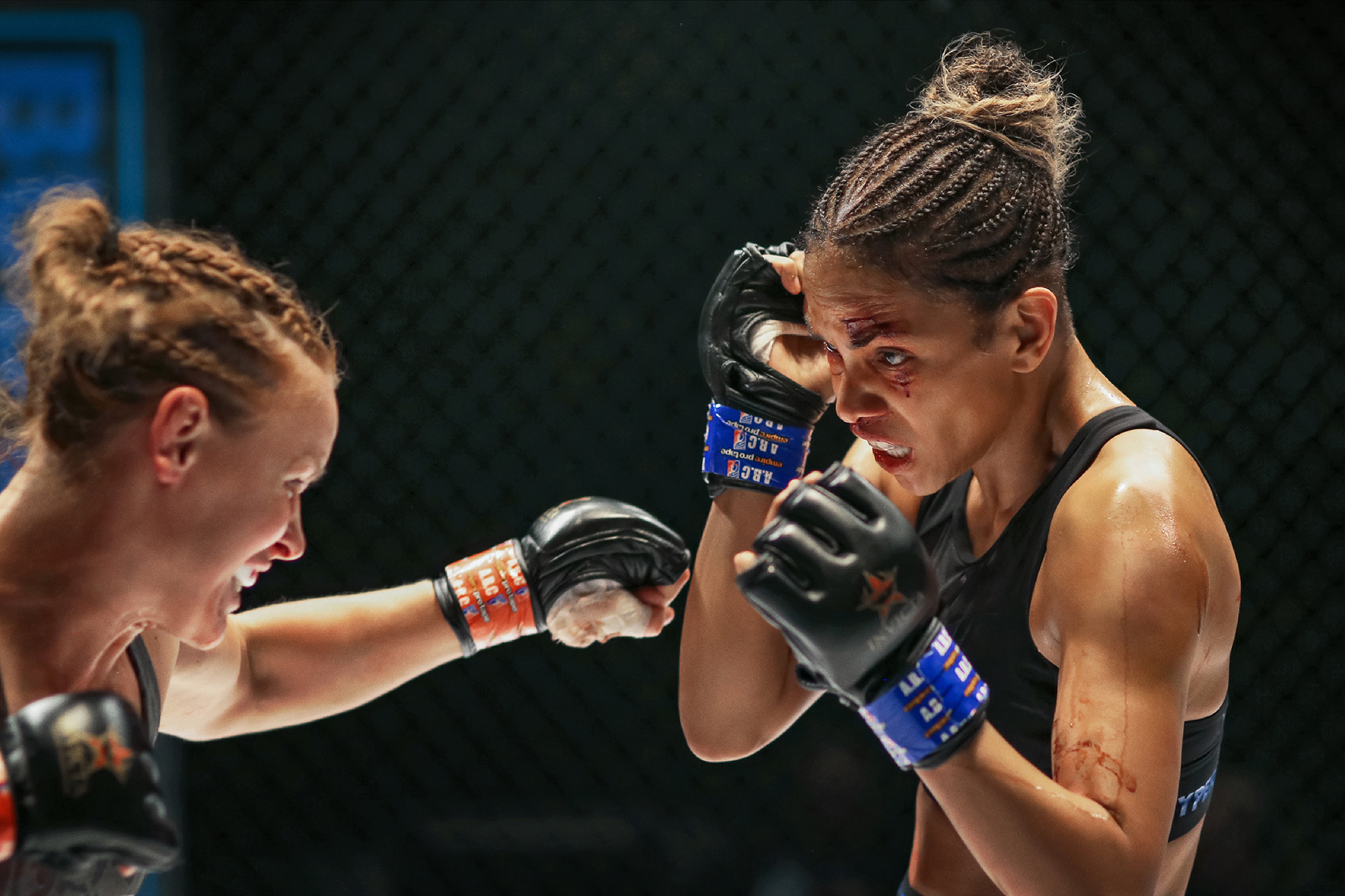 A fighter who doesn’t give up. Troubled family life. A training montage. A big bout at its end. This old format is so well-established in Hollywood movies that it’s no surprise that there are no surprises.

That’s definitely true of “Bruised,” Halle Berry’s capable directorial debut in which she also plays Jackie Justice, a once great mixed-martial-arts fighter who dropped off the face of the earth after a bad loss four years earlier. She now works as a maid outside of New Jersey convenience stores.

She’s ready to get back in the ring and make some much-needed dough when, unexpectedly, the toddler she left with her ex is dropped at her house. The boy’s loving father was shot and killed, so Jackie trains while her son Manny (Danny Boyd Jr.), who doesn’t speak, lives with her and her abusive boyfriend, Desi (Adan Canto).

She tolerates her beau’s violent outbursts, physically assaults a boy whose family’s house she cleans, is an alcoholic to the point that she hides booze in a window cleaner squirt bottle, has crippling panic attacks in public and her face is constantly covered in blood. Sheesh!

The difficulty — some might say complexity — of watching “Bruised”Child Protective Services would take this sweet child to a better place for a happy ending. In Atlantic City, there was no negligent adult returning to their best.

There are still some layers to the relationships at Immaculate’s gym (Shamier Anderson), especially with Buddhakan, the trainer played by the sensational British actress Sheila Atim. A blazing comet onstage, it’s about time Atim showed up on-screen stateside. I’m also a huge fan of wisdom-radiating actor Stephen McKinley Henderson, who plays Pops.

Berry can wear two hats with ease. Her direction is gritty and assured, and her leading performance hasn’t lost an ounce of that star quality — to simultaneously be so weak and so strong — that won her an Oscar for “Monster’s Ball.” The only reason you like this hot mess of a person is that it’s Berry who plays her.

Next time, make a movie that is original.