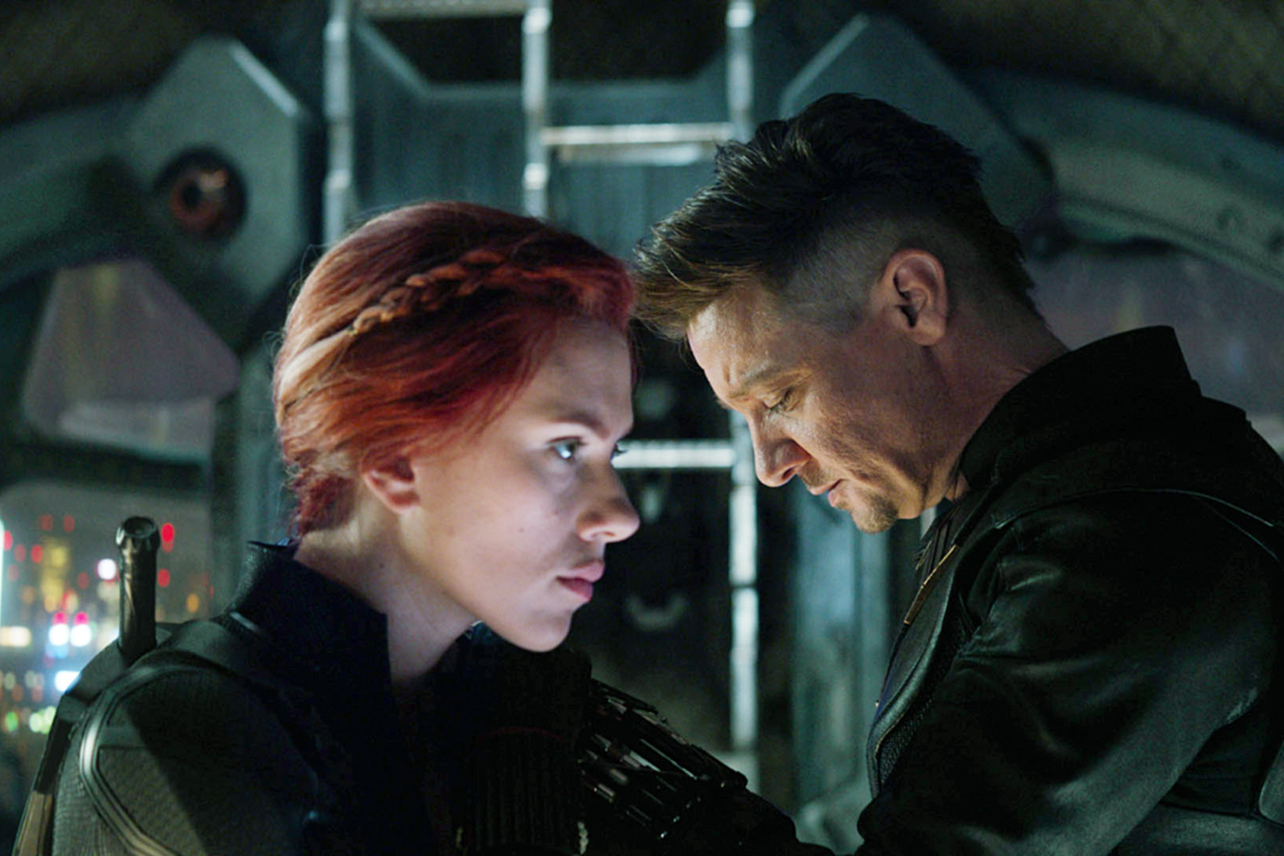 Fans of Black Widow and Hawkeye have experienced a lot of ups, downs in the past few years. There was 2019, y’know—the year that Clint and Natasha fought each other on a purple death planet to see who could sacrifice their life in exchange for the Soul Stone. Natasha won, leaving Clint with the grief of seeing his best friend die. Avengers: Endgame was kind of a bummer—and that’s the vibe we were left with for all of 2020.

The fortunes of this dynamic duo have risen with the theatrical and streaming release in summer of Black Widow and the debut of Hawkeye, Disney+’s new animated series, in time for the holiday season. These two Avengers are finally in the spotlight after a decade of being second to Iron Man, Thor and Captain America. And even though Jeremy Renner was absent in Black Widow and Scarlett Johansson won’t appear in Hawkeye (unless there’s a major surprise waiting for us), each character had a presence in the other’s movie/show. Black Widow, to start, dug deep into the mission that changed Natasha’s life, a mission in Budapest run by S.H.I.E.L.D. Clint Barton is agent. Even though we did not see Hawkeye, the film offered a lot more insight into how these two formed such strong bonds.

Hawkeye will debut on Disney+ on November 24, the same as Black Widow. While speaking with Decider ahead of the series debut, Hawkeye star Jeremy Renner broke down the impact that Black Widow has on the upcoming series, and how her death hangs over Clint’s fledgling partnership with Kate Bishop (Hailee Steinfeld).

“I think it’s quite a huge one,” said Renner of Black Widow’s presence in Hawkeye. “I think [his relationship with Black Widow] informs Clint and Kate’s bond. I mean, I think as Kate learns [about Clint’s bond with Natasha], the audience learns. I think it’s so beautiful. It’s, you know, just defining of how Clint sees what the job of being a superhero is. Yeah, [Black Widow is] sprinkled throughout [the show] and always a part of what Clint is, for sure.”

We know there’s one definite connection between Black Widow (the movie) and Hawkeye (the show): Florence Pugh. After debuting in Black Widow as Yelena Belova, Natasha’s adoptive sister and a fellow ex-assassin for Russia’s Red Room, Pugh’s next appearance will be in an episode (or episodes?) Hawkeye.

This was teed up in Black Widow’s post-credits scene, which showed Yelena being handed Hawkeye’s location and basically being told to go get’im. She clearly blames Clint for Natasha’s death, and why shouldn’t she? Do you think anyone knows what happened to Vormir other than Clint? It’s not like everyone knows Vormir exists. These two are gonna have a lot to talk about… probably after a very intense fight. In that case, Black Widow’s impact on Hawkeye will be quite literal.

On November 24, Hawkeye will debut on Disney+