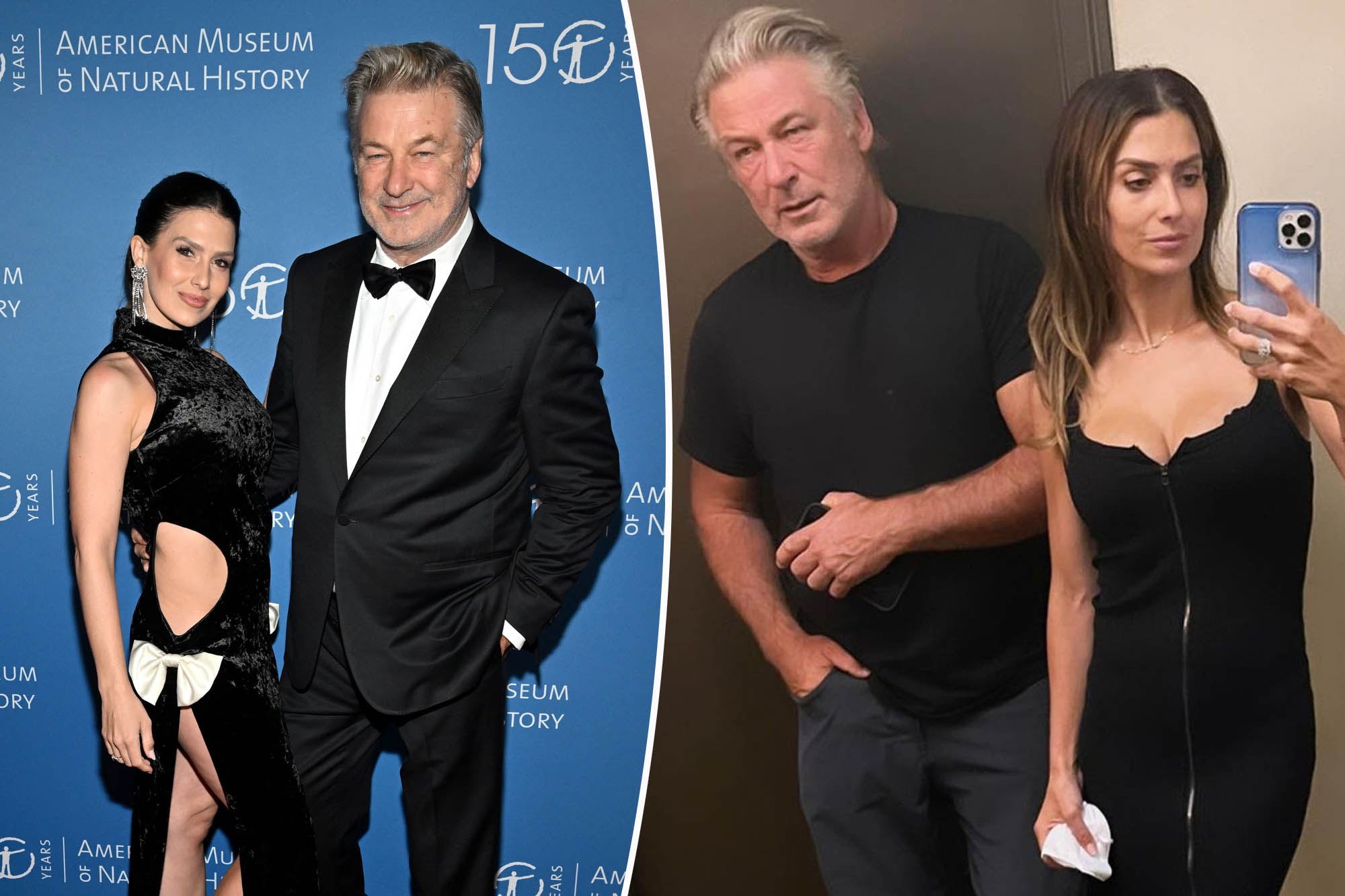 Hilaria Baldwin and husband Alec Baldwin are still struggling after the fatal shooting on the set of “Rust” in October 2021.

“We’re not OK. We can’t be OK. No one’s OK,” Hilaria, 38, said in an upcoming interview with Extra while holding back tears. “It was and is a tragedy that nobody could ever have imagined.”

Cinematographer Halyna Hutchins was killed on set when a prop gun containing live bullets went off and struck her in the chest before striking director Joel Souza in the clavicle.

The Baldwins, who recently welcomed their seventh child, have been open about their family’s “challenging year” ever since the shooting.

Hilaria and Alec Baldwin are “not okay” after the “Rust” shooting.

Hilaria and Alec Baldwin are “not okay” after the “Rust” shooting.

The Backstreet Boys had to perform a concert in London…

Back in September, the 64-year-old revealed he “may never be the same” after going through such a heartbreaking situation.

“My heart has been broken a thousand times this past year,” he wrote on Instagram.

“Lots of changes coming. But my family has kept me alive. They are my reason for living. And @hilariabaldwin, too,” he continued, seemingly referencing the criminal charges that may be filed against him.

While the investigation is still ongoing, Alec recently settled a “wrongful death” lawsuit with Hutchins’ family.

Despite denying any responsibility for Halyna’s death, the actor paid the family an undisclosed amount and agreed to have the late cinematographer’s husband Matthew finish out the film as an executive producer.

Following the settlement, the “It’s Complicated” star filed a negligence lawsuit against the movie’s armorer and multiple crew members for handing him the loaded gun.

Alec will “never be the same” after the tragedy.ABC News

“This tragedy happened because live bullets were delivered to the set and loaded into the gun,” Baldwin’s lawyer, Luke Nikas, wrote in the countersuit.

He added that Alec “seeks to clear his name” and hold the defendants “accountable for their misconduct.”

How to find your TARGET AUDIENCE for video marketing
'Jeopardy!' players' latest stumbleWho is Gene Kelly?