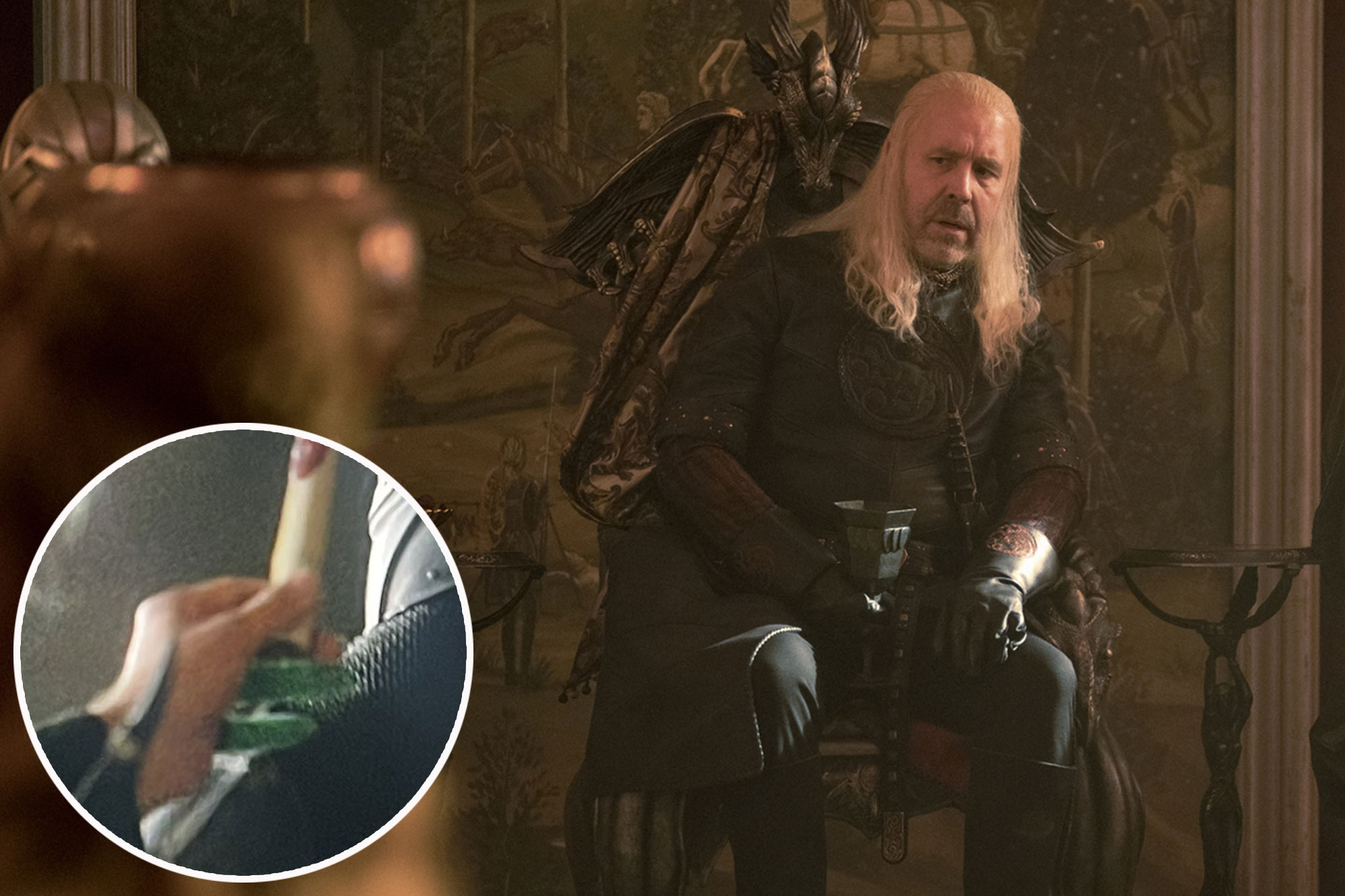 It’s off to a rocky start for “House of the Dragon.”

HBO has said they’ll fix the CGI error that made it into the final cut of the series’ most recent episode.

During Episode 3 of the “Game of Thrones” prequel, eagle-eyed viewers honed in on King Viserys “missing fingers” — noticing that they were green and obviously meant to be removed during the editing process.

Fans swiftly took to social media to drag the show for the botched special effects.

Twitter user Sarah Capps noticed the actor Paddy Considine — who portrays King Viserys in the fantasy drama — wearing a glove with several green fingers, following a storyline where he is plagued by a mysterious sickness in his bones.

Capps posted a screenshot of the scene on Sunday, writing: “Not the green screen glove on Viserys’s missing fingers.”

Actor Paddy Considine – who plays King Viserys I Targaryen – still had a green glove on in the scene.HBO

In Episode 2, he was told  his fingers would need to be amputated if the infection spread.

HBO has since confirmed that the error will be corrected, and show will be updated on streaming platforms this week, Variety reported on Wednesday.

Still, furious fans called out the show’s lack of attention to detail — recalling similar gaffes made by its predecessor on HBO, especially during that controversial final season.

“I can’t believe that this show got a green light. I’m having a hard time believing that any of the people that were involved in creating the Game of Thrones were involved in scripting lines and laying out the screenplay,” one user ranted.

“Seems Thrones is prone to little set mishaps. Thinking of the infamous coffee cup…” mused another, comparing the mistake to the infamous cup cameo during a Season 8 episode of “Game of Thrones” in 2019. A to-go cup of coffee was spotted by viewers, on a table where Daenerys Targaryen (played by Emilia Clarke) sat. It was later digitally erased for future broadcasts.

Hong Kong therapists convicted of sedition over children's books
this might be my fave makeup video i’ve done ...