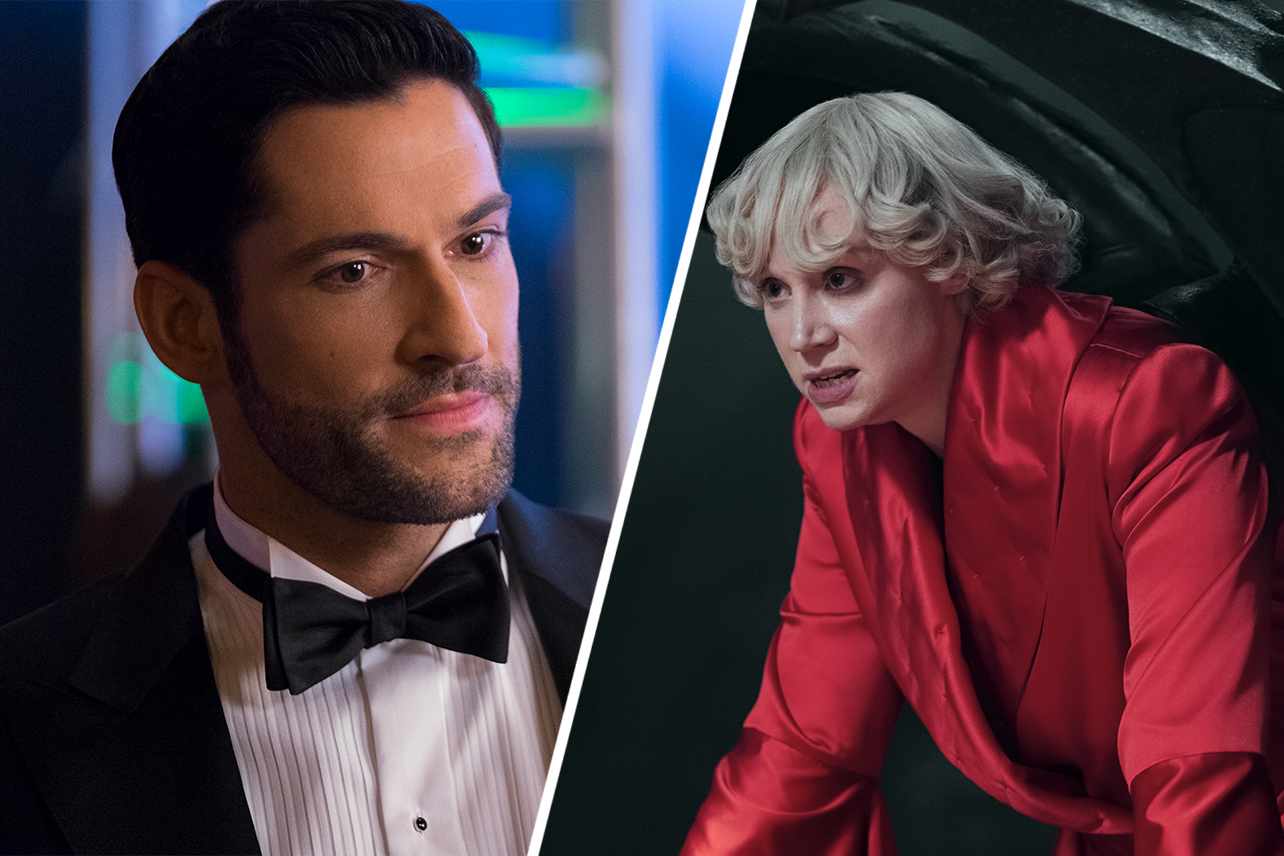 When The Sandman premiered on Netflix this weekend, it finally brought one of Neil Gaiman‘s most beloved stories to life. The first season of The Sandman adapts the first two volumes of Gaiman’s comics — Preludes & Nocturnes and The Doll’s House — to vivid life. However, the inclusion of Gwendoline Christie‘s version of Lucifer Morningstar might raise some questions amongst the Lucifer on Netflix fandom. Namely: Is The Sandman‘s Lucifer the same character Tom Ellis plays in the uber-popular show Lucifer?

The Sandman stars Tom Sturridge as Dream, aka Morpheus, who is one of the “Endless.” As his name suggests, Dream rules over the world we go to when we fall asleep, which he calls The Dreaming. He’s also responsible for creating the dreams and nightmares that invade our psyches. In The Sandman, we also learn that Hell is a real realm, too. And it isn’t ruled by one of the Endless, but a fallen angel named Lucifer Morningstar.

Sure there have been many fictional versions of the devil, but this specific version of Lucifer seems to not only pop up in Netflix’s The Sandman, but in Netflix’s Lucifer. (Neil Gaiman has a creator credit for that show, too!)

So is Gwendoline Christie supposed to be playing the same Lucifer Morningstar in Netflix’s The Sandman that Tom Ellis portrayed in the long-running Fox, and then Netflix, show Lucifer? Let’s break this down…

Photos: Netflix
IS LUCIFER CONNECT TO NETFLIX’S THE SANDMAN?

Technically…yes. In reality? No. It’s complicated.

The Sandman Season 1 is a pretty loyal adaptation of the first two volumes of Neil Gaiman’s comic book The Sandman. After being imprisoned for a hundred years, Dream must recover his three totems of power. He learns that his helm is now in the possession of a demon in Hell. Ergo, he journeys to Hell and has to face off with Lucifer to reclaim his helmet. Dream wins, which is great for The Sandman because the story can keep going. It’s bad for Hell. And Lucifer.

The final moments of The Sandman Season 1 see Lucifer promising to get revenge by doing something no one sees coming. In future installments of Gaiman’s The Sandman, Lucifer quits ruling over Hell, forcing Dream to handle its bureaucratic mess. Lucifer decides to live life on Earth, with bestie/right-hand lady Mazikeen along for the ride. Eventually, DC published a spin-off of Lucifer’s adventures cleverly titled Lucifer.

The series Lucifer, which starred Tom Ellis as a kinder, gentler, more likable version of Lucifer Morningstar, is loosely based on this comic book spin-off of The Sandman. Which means that technically the show Lucifer is about the exact same character that Gwendoline Christie plays in Netflix’s The Sandman. However, beyond tenuous connections to comic book source material, Lucifer the show is not connected to Netflix’s The Sandman. Though the two actresses cast as Mazikeen — Lesley-Ann Brandt in Lucifer and Cassie Clare in The Sandman — do kind of look alike, right? (I mean Clare’s version has half a face, but they’re both beautiful women rocking those braids.)

The good news, though, is both The Sandman and Lucifer are available to stream on Netflix.