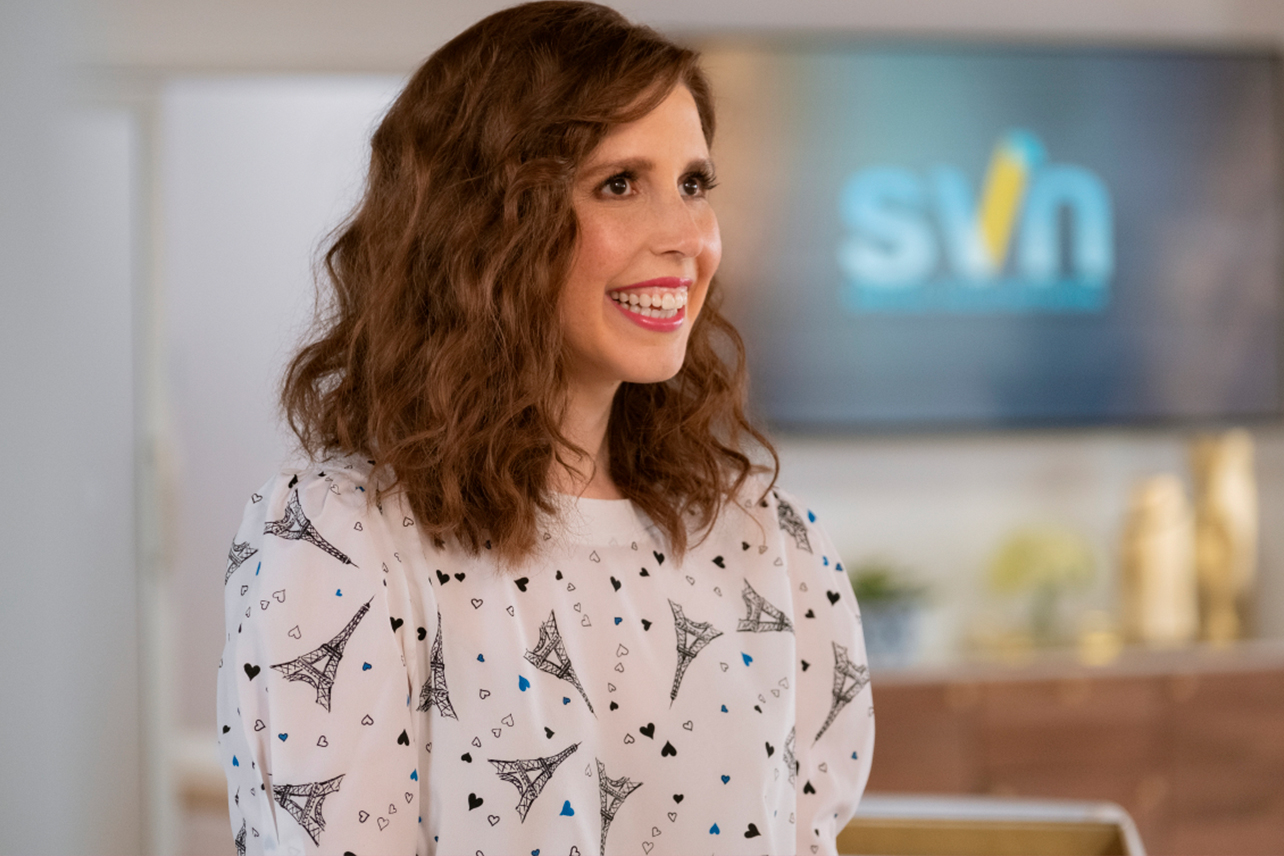 In the second episode of Showtime‘s new Vanessa Bayer comedy I Love That For You, we see a supercut of SVN superstar Jackie Stilton’s (Molly Shannon) greatest hits as a home shopping network star. At one point, Jackie was tasked with selling a dinky copy of Princess Diana’s iconic blue sapphire and diamond engagement ring (which is currently owned by one Kate Middleton). Molly Shannon warmly tells the audience, “This is an exact replica of the engagement ring that Prince Charles gave to Princess Diana.” Then, with full feeling, Shannon swoons, “What a perfect couple!”

I laughed so hard that I had to pause and rewind the moment, and then I laughed again.

I Love That For You is a show that I love for all of us. It’s my personal platonic ideal of a comedy, full of biting one liners, Saturday Night Live faves, and outsized characters. But I Love That For You is more than just a fabulous satire of home shopping networks and their marvelously mundane groupies. There is an undercurrent of pain churning beneath the laughs. Every character in this show yearns for something, whether that’s to be seen as something more or to own a moderately-priced gold bracelet with a lobster claw clasp. I Love That For You is a show about longing, the most human emotion of all.

I Love That For You was created by Vanessa Bayer and Jeremy Beiler and is executive produced by comedy greats Jessi Klein and Michael Showalter. Bayer plays Joanna Gold, a quirky Cleveland gal who suffers from a state of arrested development because she had to battle leukemia during her formative teen years. When other kids got to go to prom and hatch big schemes to get out of town, Joanna was stuck in the hospital. She developed an obsession with the fictional home shopping network SVN and its warm, encouraging superstar Jackie Stilton.

Cut to the present day and Joanna’s cancer-free and rudderless, playing out her fantasies of being an SVN host while handing out samples in Costco. After encountering a successful high school peer and getting dumped by a loser played by Jason Schwartzman, Joanna decides to audition for SVN. She gets the job, but soon fails to impress the network’s draconian boss lady Patricia (Jenifer Lewis). In a moment of panic, she proclaims that she still has cancer. It saves her from being fired and gives Joanna a professional edge. She is SVN’s “cancer girl,” a source of aspirational strength for viewers. The one problem? Joanna had cancer, but she no longer has cancer. It’s all an act.

There’s so much about I Love That For You to love, but the best part has got to be the friendship that blossoms between Joanna and her childhood icon Jackie. It is a precious, wholesome bond that butts against All About Eve cliches. Joanna’s fandom helps Jackie appreciate her own impact on her audience and Jackie’s guidance helps Joanna thrive on air. Besides that, there’s something so magical about seeing two of Saturday Night Live‘s most bubbly stars collide on screen. Molly Shannon and Vanessa Bayer both tackled their time on the iconic NBC sketch show with silliness and smiles. Watching them together in I Love That For You just feels cozy.

I Love That For You is an outstanding new comedy that embraces kindness without ever feeling cloying. Its jokes have teeth and its characters have soul.

How to dodge a bullet 101! ...
Kansas City voted unanimously to ban cohabitation in rental units