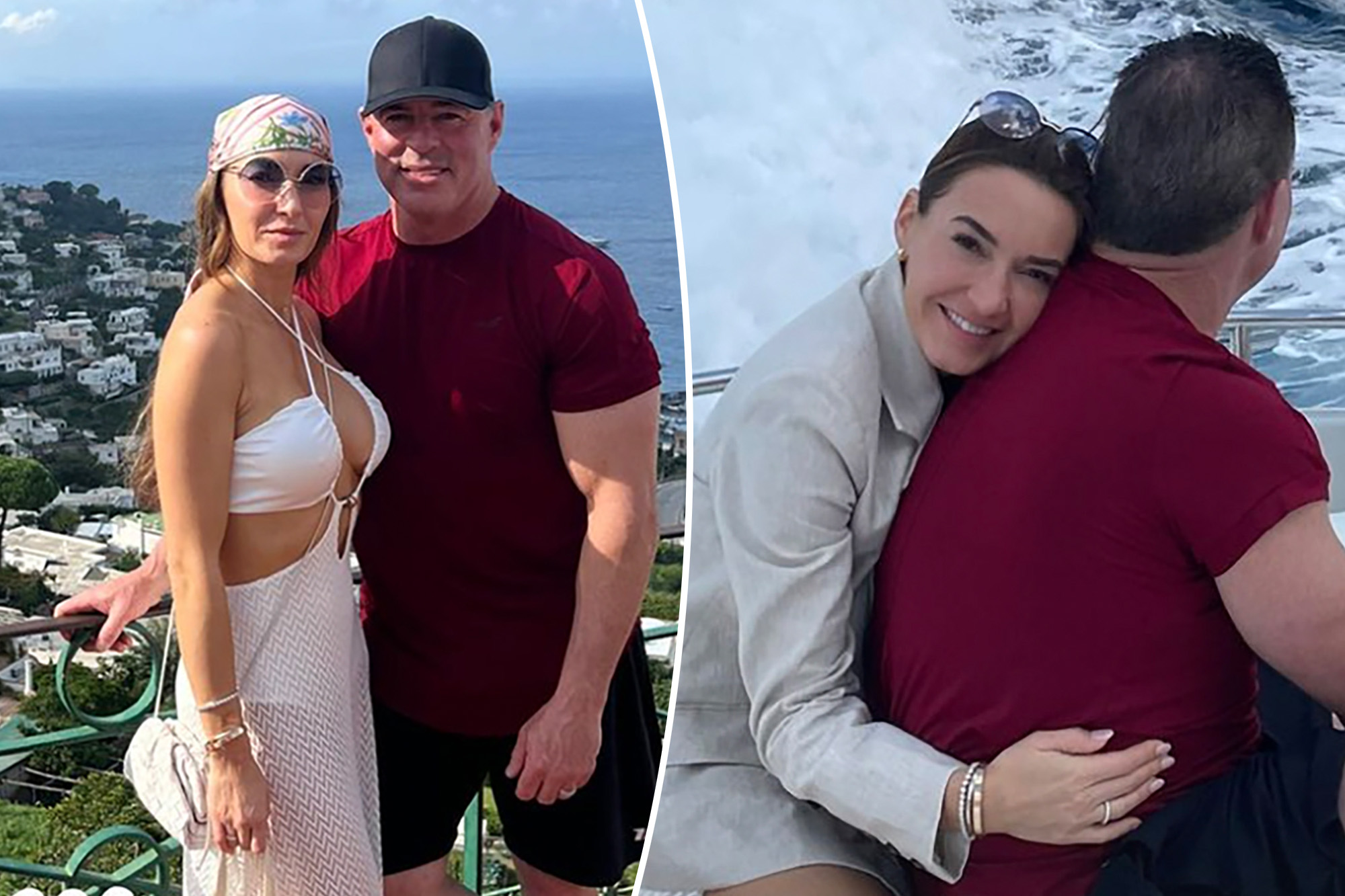 Happy on their honeymoon!

Following their intimate Sept. 25 wedding at Lake Como, Italy, Jim Edmonds and Kortnie O’Connor are enjoying on what looks to be a bellissimo Italian honeymoon along the country’s Amalfi coast.

The lovebirds have been posting ample documentation of their romantic travels to Instagram Stories since heading south.

On Friday, the pair hitched a ride in what O’Connor described as “our super fancy taxi” near the town of Capri that deposited them at the edge of the Mediterranean.

The dup subsequently treated themselves to an off-shore yachting excursion, lending them panoramic views of the idyllic coastal region.

Alongside a snapshot taken of the couple canoodling near the back of the boat, Edmonds wrote, “The best part is that she loves me.”

Another snap posted to Edmonds’ Stories depicted O’Connor adjusting her ponytail on a dock while sporting a white, string-halter bathing suit featuring a plunging neckline.

The groom similarly gushed over his partner in photos from their nuptials, writing via Instagram that she was “the most beautiful bride ever” and his “rock.”

In addition to his baseball career, Edmonds is known for appearing on “Real Housewives of Orange County” as the then-husband of OC Housewife Meghan King for three seasons airing between 2015 and 2017.

Edmonds split with ex-wife Meghan King, formerly of “RHOC,” in October 2019 before their divorce was finalized in May 2021.Bill Greenblatt/UPI/Shutterstock

The exes’ marriage came to a tumultuous end in 2019, with their divorce finalized in May 2021.

The former Bravo personality proposed to O’Connor in August 2021 amid his and King’s custody battle.

He and the reality star currently co-parent daughter Aspen, 5, and twin boys Hart and Hayes, 4.

The retired athlete also has two adult daughters, Lauren and Hayley, from his marriage to the late LeAnne Edmonds-Horton. His union with Allison Raski, which lasted from 2008 to 2014, produced daughter Sutton and son Landon.

What car are you based on your zodiac sign?
'Interview With A Vampire', 'Queen Of The Damned' Streaming Info