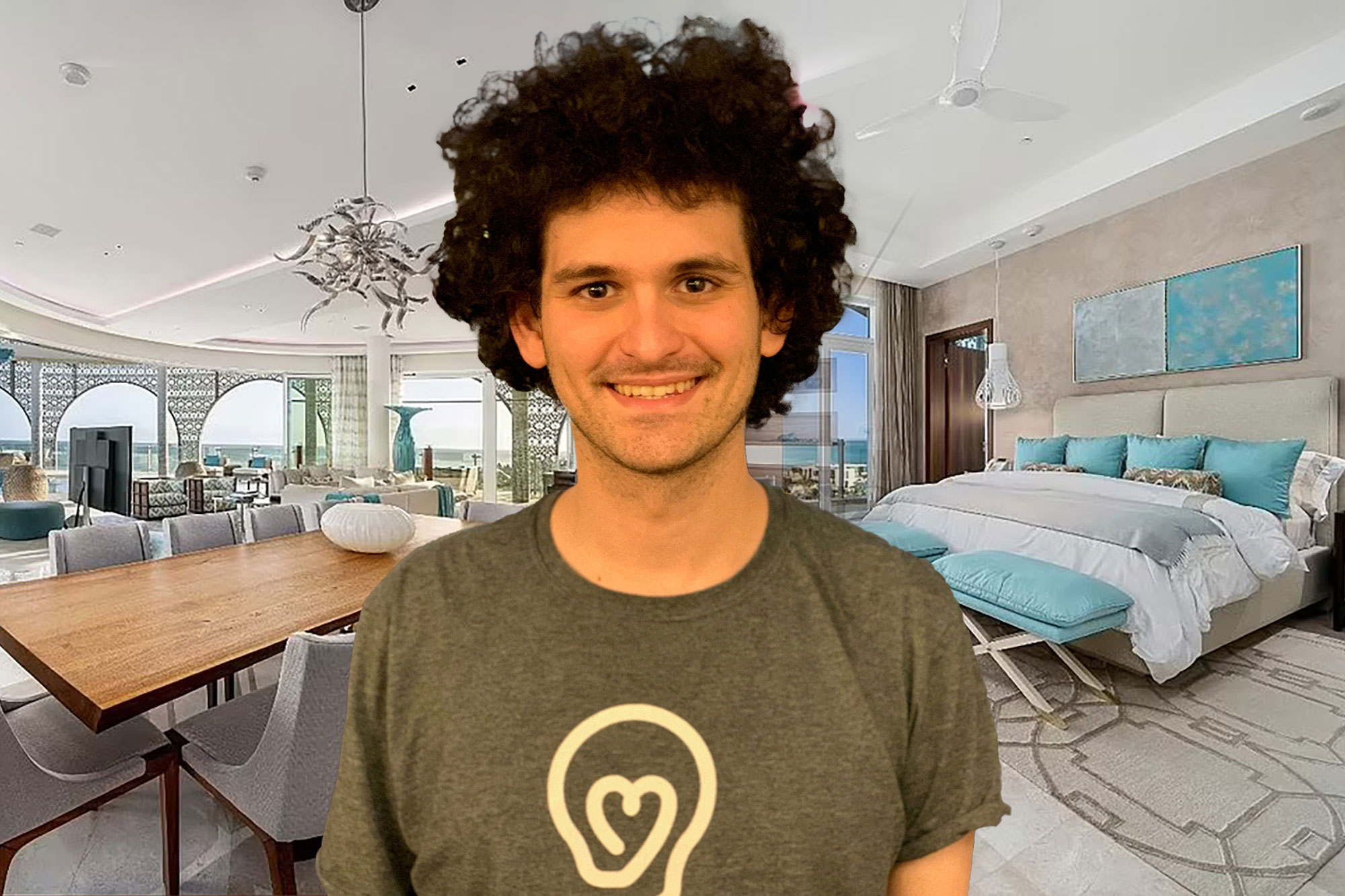 A group of financial renegades dropped speed, blithely swapped in and out of relationships with one another, and watched their boss play video games while pitching for a billion-dollar investment.

And they all lived together at Albany, Bahamas, home to the swanky $40 million digs used by cryptocurrency giant FTX — the $15 billion company that went recently belly up amid allegations of fraud and mismanagement — according to accounts of staffers who lived and worked there.

Led by disgraced CEO and co-founder Sam Bankman-Fried, a 30-year-old Californian known as SBF, the group pulled all-nighters while high on amphetamines at their retreat — which boasted six bedrooms, two elevators, manicured grounds, a golf course and a boat basin packed with super yachts.

“The feeling was that they were treating Albany like a frat house,” a well-heeled Bahamian local told The Post.

Sources reveal what really went on inside the Bahamas penthouse of disgraced FTX CEO Sam Bankman-Fried and his nine roommates — including, allegedly, romantic entanglements and drug-taking.Seaside Real Estate/ Bahamas MLS

“They would walk around in sweats and T-shirts. That was not the Albany lifestyle that residents there signed up for. The typical dress was Ralph Lauren sport jackets. Sam and his group did not seem to fit the part.”

On an island paradise of moneyed traditionalists, SBF and some of his employees led a life allegedly fueled by drugs, vegetarian food and open sexuality.

Bankman-Fried tweeted about taking both stimulants and sleeping pills.AFP

“Stimulants when you wake up, sleeping pills if you need them when you sleep” — that was the formula for FTX’s success, according to a tweet from Bankman-Fried.

It was alleged on the Twitter feed of @AutismCapital that SBF used a drug called EMSAM in patch form. It is a methamphetamine derivative used on-label to treat symptoms of Parkinson’s disease and is known to increase energy. According to Coindesk, “Bankman-Fried was … possibly suffering side effects of EMSAM (which include compulsive gambling).”

Caroline Ellison, who led Alameda Research and was an on-off girlfriend of Bankman-Fried, blogged about her expectations for polyamory.Twitter / @carolinecapital

His former girlfriend, Caroline Ellison, served as CEO of Alameda Research, a trading firm co-founded by SBF. Alameda reportedly lost billions of dollars through risky trades, which, according to the Wall Street Journal, allegedly led to customer funds being improperly transferred from FTX to Alameda. Ellison, a huge Harry Potter fan, scoffed at those who didn’t take drugs in a 2021 tweet: “Nothing like regular amphetamine use to to make you appreciate how dumb a lot of normal, non-medicated experience is.”

A figure in Miami’s high society, recalling the FTX group’s attendance at a crypto conference put on by SBF at the Baha Mar resort in the Bahamas in April was not impressed.

The swanky penthouse is located in the Albany resort in the Bahamas.Seaside Real Estate/ Bahamas MLS

“They were staying up all night, snorting Adderall, smelling like they hadn’t showered in a week,” he alleged to The Post.

“They worked crazy hours and Albany accommodated them,” said the well-heeled Bahamian, who added that a ritzy restaurant on the grounds of the resort turned into a 24-hour operation to cater to the FTX crew. “It became the equivalent of a company cafeteria.”

All 10 roommates “are, or used to be, paired up in romantic relationships with each other,” CoinDesk reported.Seaside Real Estate/ Bahamas MLS

Though the firm also had an office in town, the penthouse was seen as its nerve center, a sumptuous spread where “love is the currency,” according to a since deleted report on the website of Sequoia Capital, which invested in FTX.

There was an active polyamorous culture among the 10 roommates according to a report by CoinDesk: “All 10 are, or used to be, paired up in romantic relationships with each other.”

Ellison had specific ideas on how free love should work.

“When I first started my foray into poly, I thought of it as a radical break from my trad past,” she reportedly wrote in a Tumblr entry. “But tbh I’ve come to decide the only acceptable style of poly is best characterized as something like ‘imperial Chinese harem.’”

The Stanford grad continued: “None of this non-hierarchical bulls–t; everyone should have a ranking of their partners, people should know where they fall on the ranking, and there should be vicious power struggles for the higher ranks.”

A source who attended a gathering at the Albany penthouse described it to The Post as “Luxurious, especially the patio. I remember it all being very clean.”

Bankman-Fried filed for FTX bankruptcy on Nov. 11; the company is said to owe more ethan $3 billion to its 50 biggest creditors.Seaside Real Estate

He said he was unsure how much work was actually accomplished there. Bankman-Fried reportedly played League of Legends — at which he was “almost certainly really bad” — while conducting at least one Zoom meeting with millions of dollars at stake.

The executive also made a name for himself by donating some $40 million to Democratic politicians this election cycle.

“He gave money for this, money for that,” a restaurateur in Nassau told The Post. “I don’t know if he is a great fellow with bad management.”

Asked what the Albany locals are saying about the implosion of FTX, the high-society source responded: “Nothing. They’re embarrassed.”