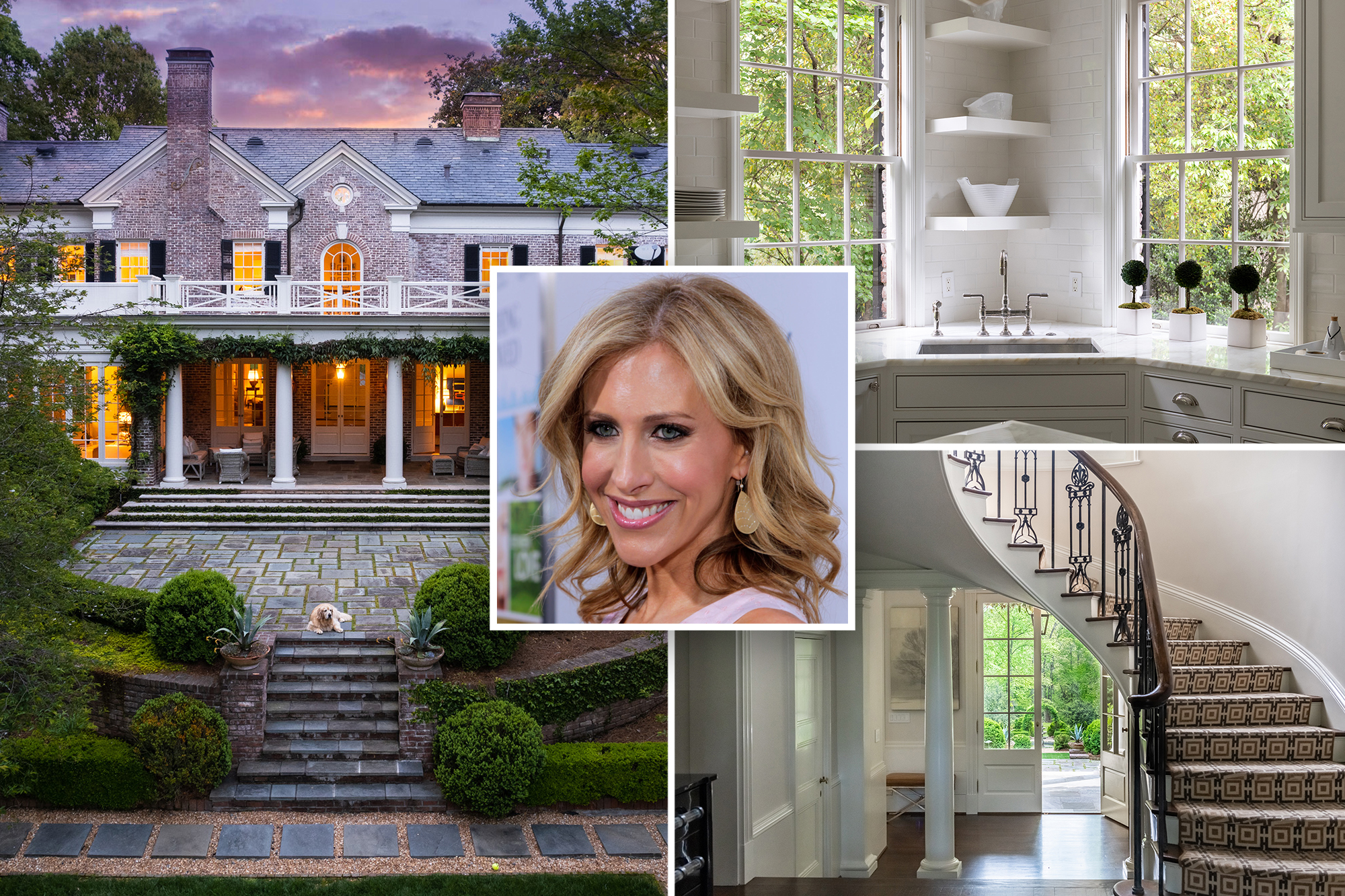 The Atlanta home of a bestselling romance author now seeks a new owner to take the property into its next chapter.

Emily Giffin, whose 2004 “Something Borrowed” became a film in 2011 starring Kate Hudson and John Krasinski, has listed her home in the city’s affluent Buckhead neighborhood for $8.99 million, its listing brokerage told The Post.

Giffin and her husband, Hartley Blaha, purchased the home in 2011, around the time of that film’s release, for $4.92 million, according to the Wall Street Journal, which first reported news of this listing. Its current asking price makes it among the priciest homes for sale in Atlanta, the Journal added.

The late 1920s Georgian Revival spread stands on nearly 5 acres — with a Southern-style facade featuring stately bricks, columns and shutters, the listing images show. The photographs also show a dining area with oversize windows next to a large eat-in kitchen, living areas with fireplaces, a wood-walled library with another fireplace and a sweeping staircase.

Giffin has written multiple novels at the home.WireImage

In all, the listing encompasses five bedrooms, four full bathrooms and two powder rooms across 9,286 square feet. Beyond the perks of the main house, there’s also a pool, a pool house, a pond and a barn.

The historic charm of the property drew the couple in, and the roughly 5-acre chunk of land offered their three kids plenty of space to play. And during their ownership, Giffin and Blaha — the president of Atlanta-based Iron Works Logistics — shelled out about $2 million in renovations, which touched the house, the pool house and the barn.

With other details, such as English gardens and a cozy breakfast room, it’s hard not to feel inspired. Perhaps that’s why Giffin penned her six most recent titles in the home — including “Meant to Be,” slated for release this month. The second floor of the pool house, with views of the pool and the gardens, served as her office.

A standout feature is the eat-in kitchen that looks out to a breakfast room.VSI Group/Atlanta Fine Homes Sotheby’s International Realty

The ground level of the main house is also home to the master suite with a private sunroom, two closets, a 1920s-style bathroom with twin vanities and a freestanding tub. The four bedrooms located upstairs have large closets. On the third floor, a playroom/office space overlooks the front and rear gardens.

Outside, the grounds have a bluestone slate patio, a fountain and two grills. As for the pool house, it’s a roughly 1,800-square-foot retreat with one bedroom and two bathrooms.

With the couple’s oldest kids — twin sons — off to college in the fall, they and their youngest daughter will move to a smaller home in midtown Atlanta. The family also aims to buy a home in New York City.