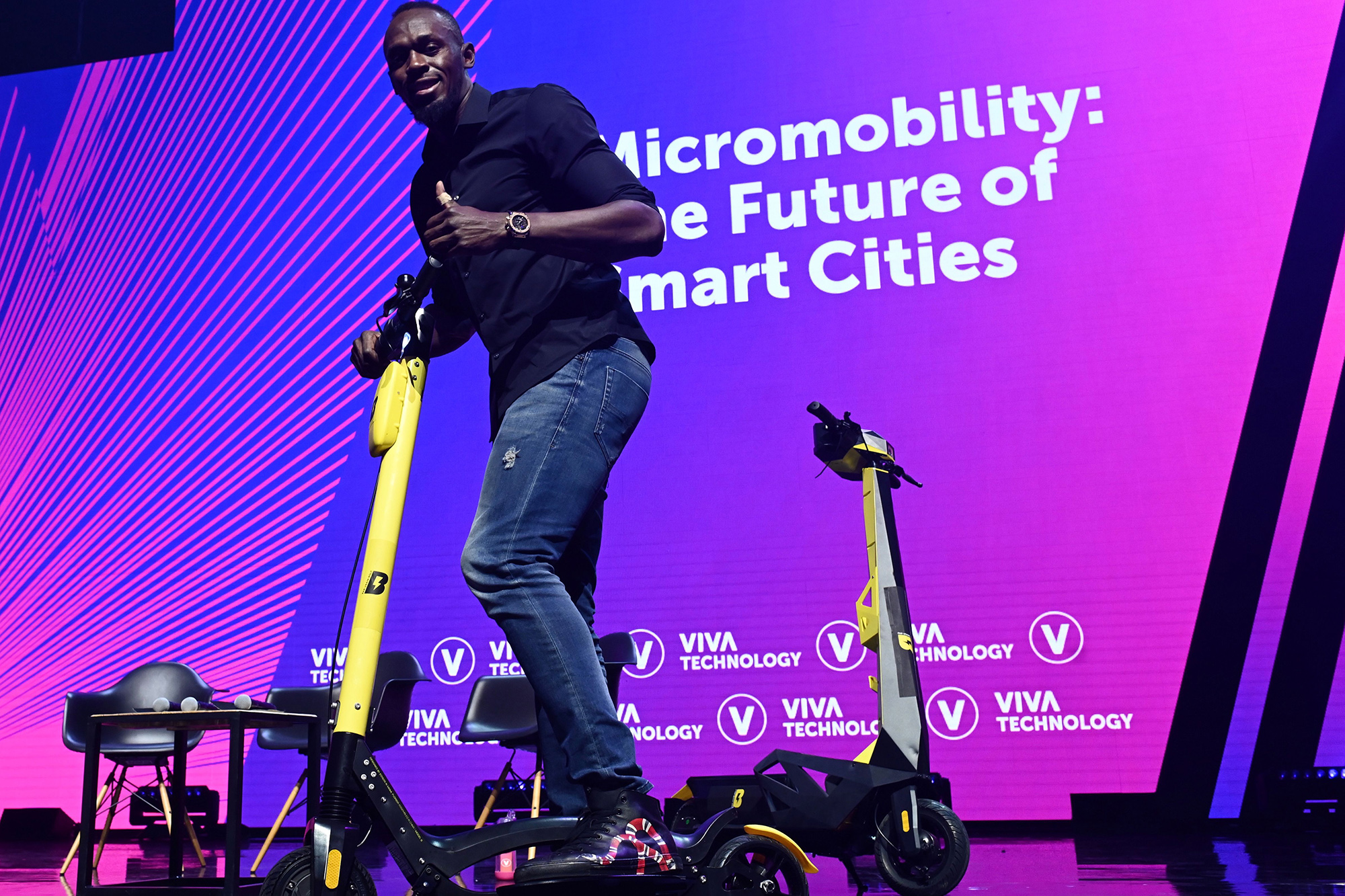 The sudden collapse of a transportation startup co-founded by Usain Bolt didn’t just leave hundreds of unusable scooters and e-bikes littered across American cities — it also left behind a group of irate ex-employees who were left unpaid for months, The Post has learned.

Bolt Mobility, which was co-founded by the legendary Jamaican sprinter and featured his voice on its e-scooters, went out of business in July after running out of funding. The company abandoned vehicles on the streets of cities including Portland, Oregon and Burlington, Vermont that became useless because they had to be unlocked through its app.

But it’s not just the local governments that have to clean up Bolt’s mess who are angry — a group of ex-employees also say the startup withheld their final paychecks for months.

Four former Bolt employees told The Post that, prior to the shutdown in July, the company failed to send out their paychecks for the entire month of June.

Despite the paychecks not coming through, the employees say they were repeatedly assured by Bolt’s leadership that the disruption was temporary and they would receive backpay as soon as funding came in from an Indian investor.

The money never materialized and the company shut down in July, leaving the ex-employees wondering when — if ever — they would get their paychecks.

“I’ve been lied to and manipulated,” one ex-employee of Usain Bolt’s scooter startup raged. AFP

“Not paying us for the last month of work we did — I consider that to be defrauding the employees,” one former Bolt employee raged. “I’ve been lied to and manipulated.”

“We couldn’t believe that they would just stiff us,” another ex-employee said. “I feel violated.”

After The Post contacted Bolt for this story, a company spokesperson said: “Arrangements are already being made to compensate the employees in the next few days.”

Days later, the company paid out employees. Two ex-employees said they felt Bolt would never have paid them if they didn’t take their story to the media, although Bolt insisted that the company had always planned to pay them.

Bolt Mobility was co-founded in 2018 by Usain Bolt and Miami-based entrepreneur Bita Sarah Haynes, with a mission to “revolutionize transportation through safe, smart and sustainable transit solutions.”

The company’s early backers included Hanyes’ brother, Shervin Pishevar, who made a fortune from early investments in Uber and Airbnb and sat on Bolt’s board. Prior to Bolt, Pishevar sat on the board Virgin Hyperloop, but stepped down in 2017 after he was accused of sexual misconduct. Pishevar denied the accusations at the time and did not respond to requests for comment for this story.

While Usain Bolt was listed as a co-founder, the eight-time Olympic gold medalist worked more as a spokesperson than a decision-making executive, sources close to the company said. His involvement included making recordings of his voice that would play through the speakers of scooters to give riders instructions. The sprinter also visited filmed an advertisement to promote his namesake company and traveled to New York City hall in 2019 to urge lawmakers to legalize e-scooters.

“I’m an Olympian so I know about getting around quickly,” the athlete quipped at the time.

But Bolt — not to be confused with an Estonian transportation startup, a San Francisco payments company and a New York insurance firm that all share the same name — was not selected to participate in New York City’s shared electric scooter pilot last year. The Department of Transportation granted licenses to three rivals — Bird, Lime and Veo — that allowed the companies to operate shared scooters in several Bronx neighborhoods.

While Usain Bolt is still listed as a co-founder on the company’s site, the legendary sprinter stopped appearing at Bolt events and in additional ads because the company was reluctant to pay the appearance fee that he charged, a company source said.

Usain Bolt’s agent, Ricky Simms, did not respond to requests for comment.

‘Things are starting to burn down’

Bolt started hitting the skids in late 2021, when the company missed rent payments on its main warehouse in Birmingham, Alabama, one ex-employee said. A sheriff even showed up to the facility with an eviction notice, but management resolved issues with the landlord by February, according to the employee.

In March, Bolt put out a press release announcing it had secured a “strategic investment” from Ram Charan, a chemical company based in Chennai, India. The companies did not disclose the size of the investment, but said it would help Bolt access “cutting-edge solid state battery technology.”

But even after the press release, Bolt appeared to still be having funding problems, according to ex-employees.

In April, the sheriff showed up at the Birmingham warehouse again and as the company’s vendors and contractors started complaining about not getting paid, according to the ex-employee. Managers nonetheless assured employees that money was on the way.

“The writing’s on the wall,” a former employee said of the mood in April and May. “But there’s always this plausible explanation: ‘The money’s on the way, we’re just waiting to be approved… there were always reassurances.”

‘When a bunch of lawyers get involved’

“Unfortunately, Bolt apparently went out of business without prior notification or removal of their capital equipment from city property,” Richmond, California Mayor Tom Butt griped in July. “The City is coming up with a plan to remove all the abandoned equipment.”

Ex-employees say Tzoumas, other executives and Bolt’s board largely went silent after the company shut down, leaving them wondering if they would ever receive their back pay.

Tzoumas told The Post that Bolt is suing Ram Charan for allegedly backing out of the deal, but refused to provide details of the lawsuit. Tzoumas and Bolt did not answer detailed questions for this story.

“When it becomes a legal matter you don’t want to really talk about these things because we’re going through legal issues with that investor,” Tzoumas told The Post in August, adding that his lawyers had told him to “not to even call you guys back.”

“This is what happens when a bunch of lawyers get involved, they’re like, ‘Don’t say anything until we get a full understanding of how we’re going to pursue this,’” Tzoumas added. “I just felt like it’s better to communicate what we’re doing than to say absolutely nothing.”

Days later, Tzoumas called a meeting with employees, where he urged them to stop speaking with The Post and said he would get them their paychecks.