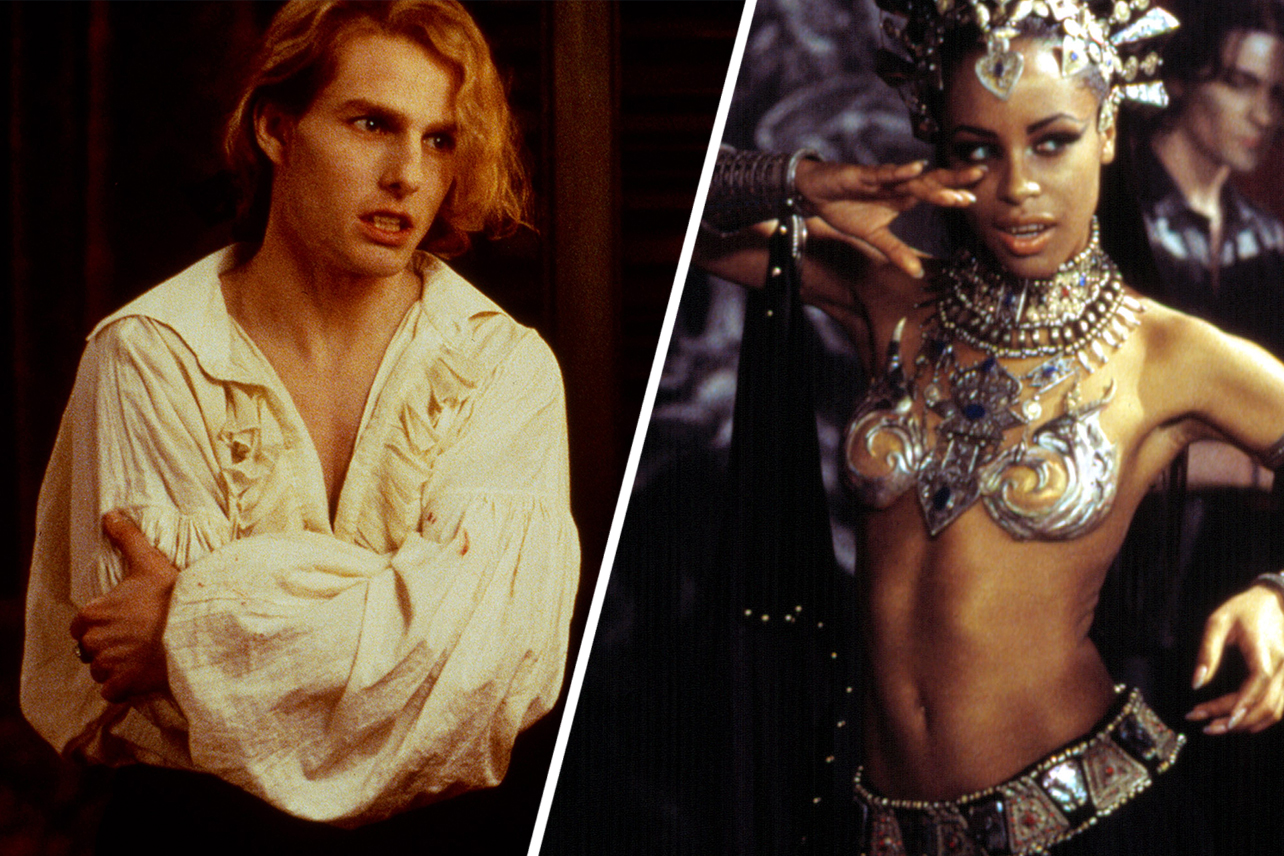 In a way, you could say that Anne Rice herself is the “Queen of the Damned.” The American author reinvented the way we look at vampires, witches, and other dark spirits with her melodramatically romantic, unabashedly sensual books. Neil Jordan’s 1994 hit Interview with the Vampire introduced the world to Rice’s Vampire Chronicles and 2002’s The Queen of the Damned attempted to reboot the Lestat/Louis/Mayfair Witch populated franchise. This Sunday, October 2, AMC and AMC+ will premiere a bold new look at Rice’s world. The Interview with the Vampire show is dreamy, scary, campy, and everything Rice’s fans have been waiting for. But where can you watch all of Anne Rice’s vampire movies in order this spooky season?

Anne Rice changed vampires forever when she published the novel Interview with the Vampire in 1976. That book imagined that a 200-year-old vampire named Louis de Ponte du Lac decided to give an intensely graphic (and incredibly biased) version of his life story to an eager reporter. AMC’s new series changes the timeline a bit. Instead of being a white plantation owner transformed into a vampire in the 1700s, AMC’s Louis (Jacob Anderson) was a Creole brothel-owner in 1910s New Orleans. And Interview with the Vampire‘s version of Lestat (Sam Reid) is an unabashedly queer, obviously wounded French ex-pat.

Before you dive into AMC’s new Interview with the Vampire show, why not revisit the Anne Rice movies that made Lestat, Louis, Claudia, and their enemies and allies household names. Here’s where to watch all of Anne Rice’s Vampire Chronicles movies* in order…

WHERE TO WATCH THE ORIGINAL INTERVIEW WITH THE VAMPIRE MOVIE, STARRING TOM CRUISE, BRAD PITT, AND KIRSTEN DUNST

Hoping to catch up on Interview With the Vampire on Netflix, Hulu, or HBO Max before sinking your teeth into AMC’s new show? Alas, I must burden you with tragic news. Neil Jordan’s Interview with the Vampire film is not streaming for free on any major subscription service. It is available on Hoopla, though. That is the streaming service that lets your rent shows and films via your public library!

WHERE TO WATCH THE ANNE RICE MOVIE THE QUEEN OF THE DAMNED, STARRING AALIYAH

Unfortunately, it seems that the 2002 film Queen of the Damned is not currently streaming anywhere online in the United States. The film starred Stuart Townsend as Lestat and Aaliyah as Akasha, the first vampire. But perhaps it’s okay that you can’t stream it as Anne Rice infamously disliked it!

WHEN DOES THE SHOW INTERVIEW WITH THE VAMPIRE PREMIERE ON AMC AND AMC+?

There are seven episodes in the first season of Interview With the Vampire. New episodes will premiere Sundays on AMC and AMC+.

Interview With the Vampire has already been renewed for Season 2.

Inside Jim Edmonds, Kortnie O'Connor's 'amazing' Italy honeymoon: pics
why she say kinda like that ...