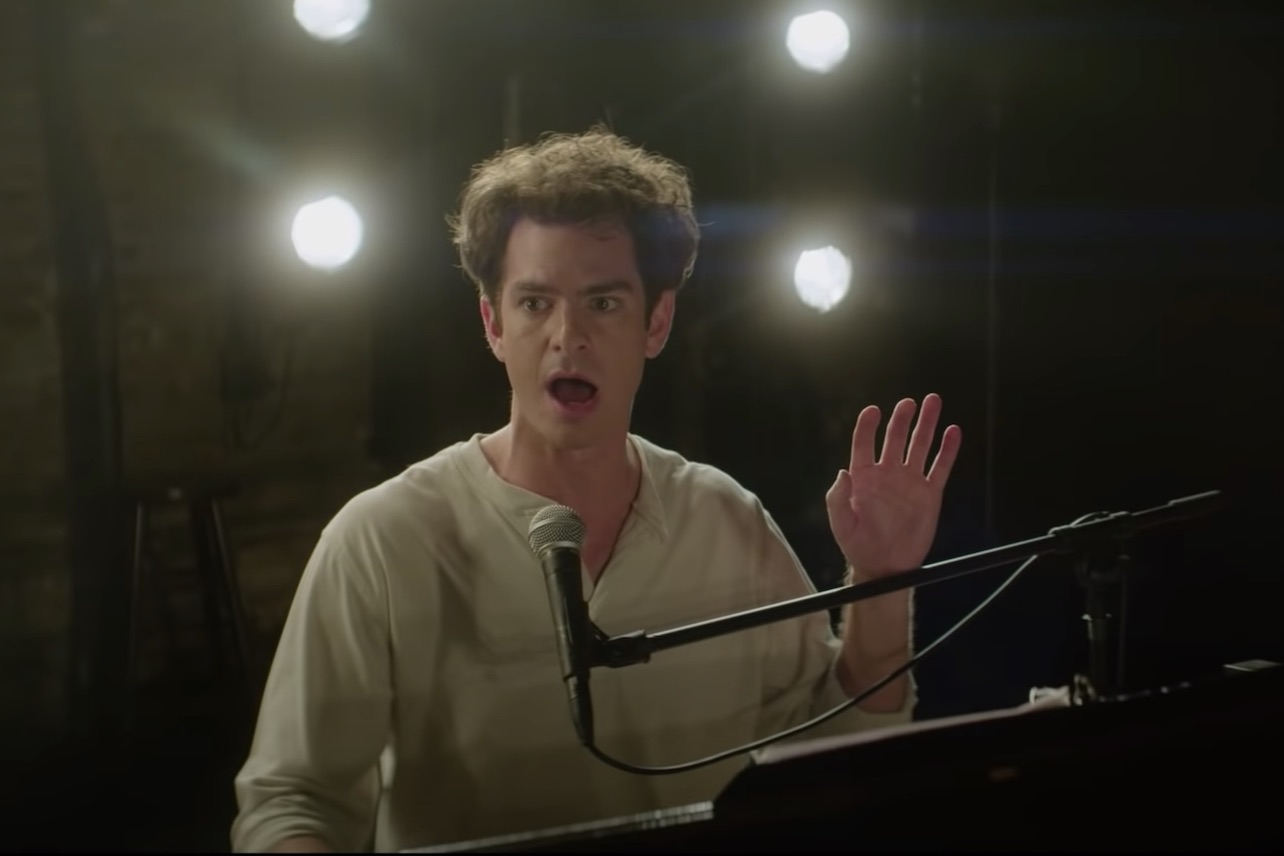 As every RENT-head and Andrew Garfield stan surely knows already, tick, tick… BOOM! is currently available in theaters and streaming on Netflix.

Jonathan Larson’s unfinished, autobiographical, one-man “rock monologue”—later converted to a three-actor musical after his death—has never been nearly as popular as the late composer’s smash Broadway hit, RENT. But in the capable hands of Hamilton‘s Lin-Manuel Miranda, the movie version of tick, tick… BOOM! It is both a loving tribute and a compelling musical movie.

No small part of the movie’s success is owed to star Andrew Garfield’s provocative performance as Larson. He plays the composer—who is turning 30 in eight days and has poured all his hopes and dreams into an upcoming workshop for his sci-fi rock opera—with a feverish sort of anxiety that borders on mania.

Garfield is no stranger in the theater. Just before filming tick, tick… BOOM!, he was wrapping up an 18-week run of Angels in America on Broadway, which earned him a Tony award. But while fans know him for telling off Facebook CEO Mark Zuckerberg in The Social Network, or for swinging through the streets of New York City in The Amazing Spider-Man, they haven’t heard him sing before. And considering the fact Larson leads all but one song in tick, tick… BOOM!, this is a movie that required some vocal chops.

Yes, he is. Do you think Lin-Manuel Miranda would make an animated movie with dubbed-over singing and lyrics? C’mon!

Garfield, who had never performed in public before the film, learned to sing for the role. According to a recent segment on CBS Sunday morning, Miranda had Garfield in mind for the role after seeing him in Angels in America on Broadway but wasn’t sure if the actor could sing. So he reached out to someone he thought might know the answer—Garfield’s friend Greg Miele, a massage therapist in New York City who works with both Garfield and Miranda.

“I said, ‘Of course he can sing! He has the voice of an angel!’,” Miele told CBS. “And I’d never heard Andrew sing. As soon as Lin left, I called Andrew, and I said, ‘Can you sing? Because I just lied to Lin-Manuel.’”

“And I freak out!”Garfield added a smile. “That’s a good friend, who will lie on your behalf.”

In an interview for the tick, tick… BOOM! Miranda added a little more flavor and flair to the story in press notes. “I asked him, ‘Can you sing?’ And he said, ‘When are you making the movie?’ And I said, ‘Not for at least a year.’ And he goes, ‘A year. Okay. Then I can sing.’”

Garfield spent the following year learning to sing from several vocal coaches including Liz Caplan, a well-known vocal coach. He even learned to play the piano.

“Andrew really threw himself in with such gusto,”In a press note interview, Steven Levenson, screenplay writer, said. “We just watched a singer being born. It was pretty uncanny. He’s so talented.”