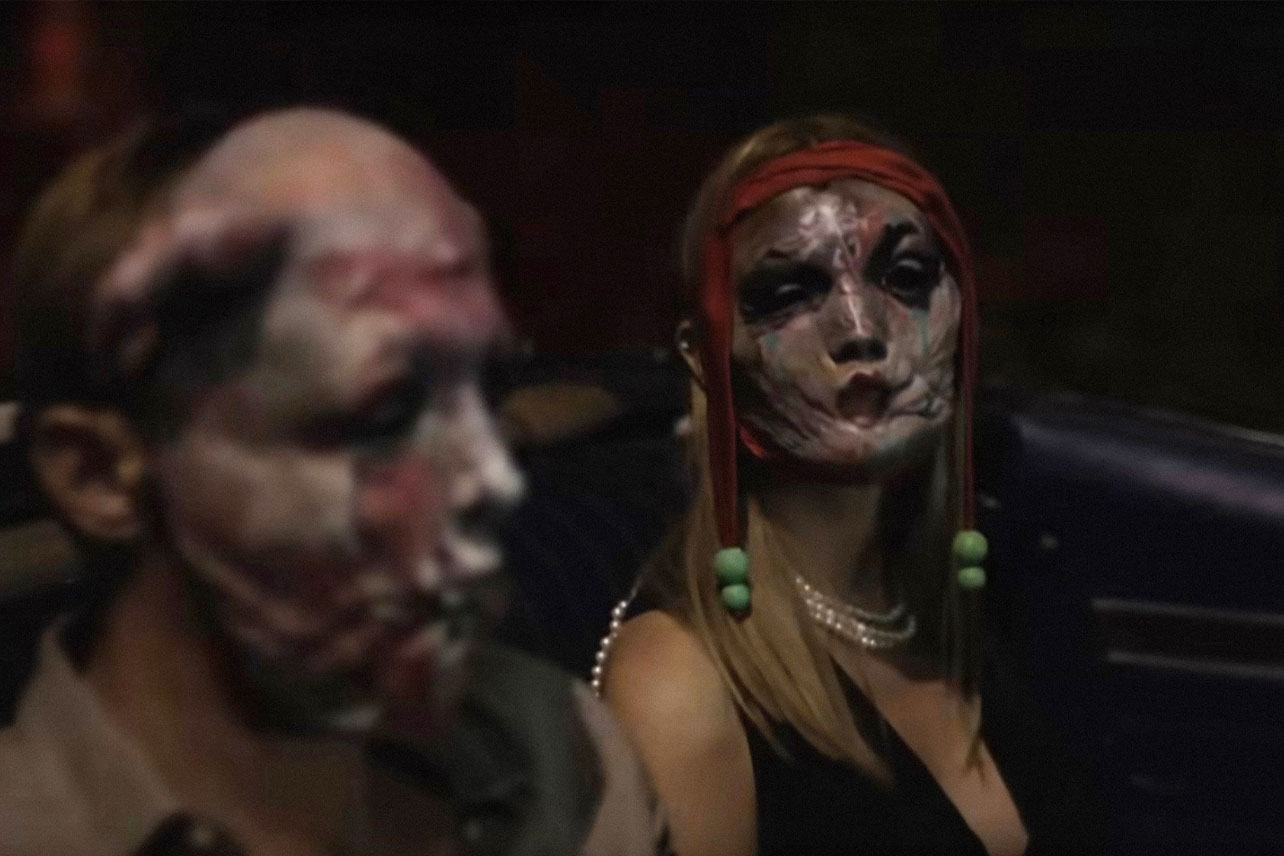 Less than one week after it shocked Sundance Festival attendees, Brandon Cronenberg‘s NC-17 horror movie Infinity Pool is making its way to a theater near you.

Starring Alexander Skarsgard and Mia Goth, the explicit film follows a vacationing couple as they venture outside of their resort, where they are met with “violence, hedonism and untold horror.” Eventually, they are convicted of a crime and must choose whether they will be killed or watch themselves die instead.

So where can you watch Infinity Pool? Will it be on Netflix? What about HBO Max? Here’s everything we know about the upcoming movie:

WHERE TO WATCH INFINITY POOL:

As of now, the only way to watch Infinity Pool is to head out to a movie theater when it premieres on Friday, Jan. 27. You can find a local showing on Fandango. Otherwise, you’ll just have to wait for it to become available to rent or purchase on digital platforms like Amazon, Apple, Vudu or YouTube.

WHEN WILL INFINITY POOL BE ON STREAMING?

While a digital release date for Infinity Pool has not yet been announced, we can make an educated guess based on a previous film distributed by Neon.

Triangle of Sadness, which debuted in theaters on Oct. 7, hit digital platforms on Nov. 22 — about 45 days after its theatrical release. If Infinity Pool follows the same trajectory, we may be able to watch from the comfort of our homes by mid-March 2023.

IS INFINITY POOL ON HBO MAX?

No, Infinity Pool is not on HBO Max because it’s not a Warner Bros. movie. The company announced last year that it would no longer drop movies in theaters and on the streamer on the same day. Instead, it has implemented a 45-day window between theatrical releases and streaming releases.

IS INFINITY POOL ON NETFLIX?

No, Infinity Pool will not be on Netflix — at least not any time soon. In the meantime, catch it at a movie theater or wait for it to become available on digital platforms.