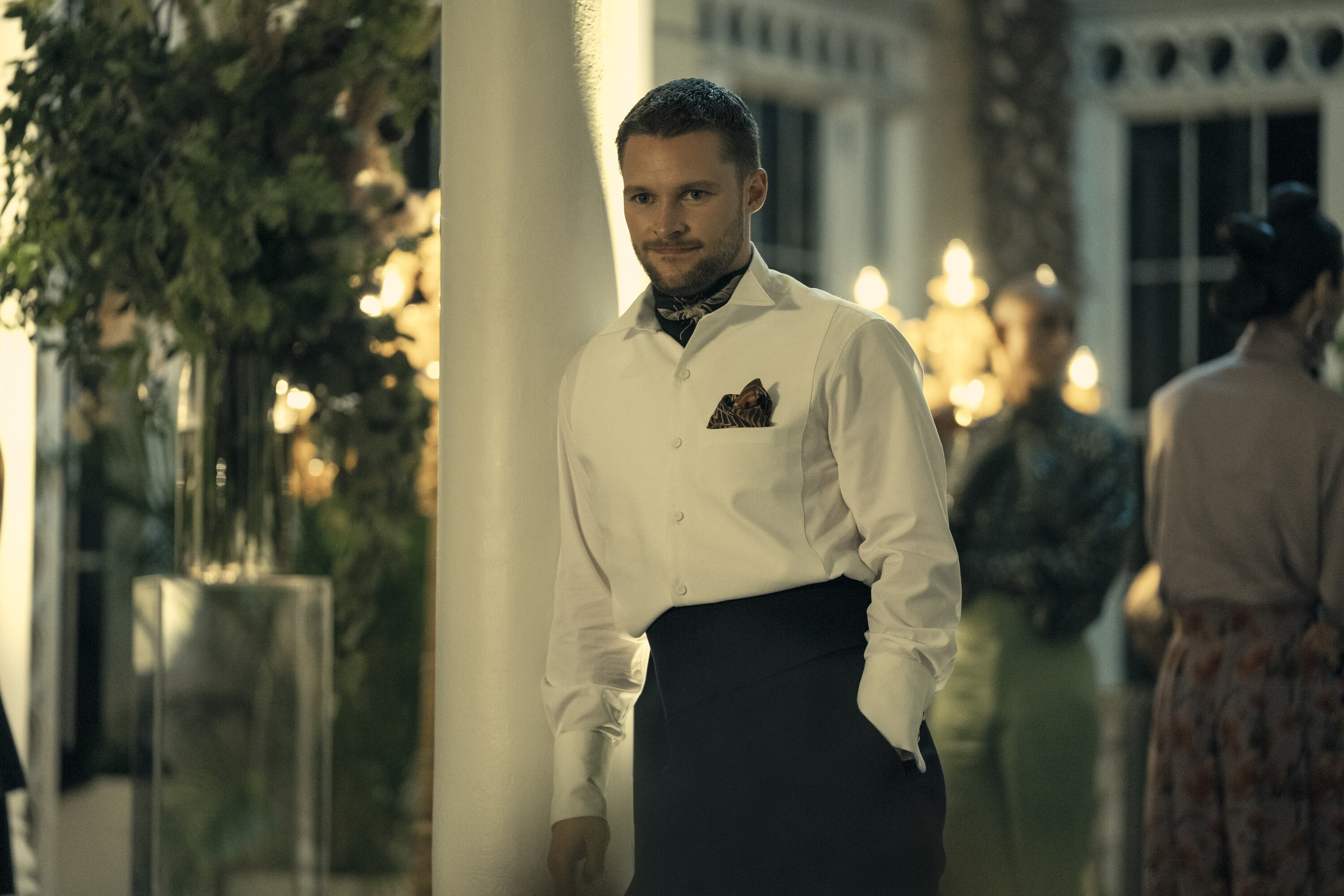 Jack Reynor said that he bonded with Chloe Grace Moretz on “The Peripheral” before the co-stars filmed their Prime Video sci-fi series.

“It was still pretty heavy COVID times, with a lot of restrictions in place. So, we read through the script a lot on FaceTime with each other, and that would lead to us having hours of conversations about our lives,” Reynor, 30, said about Moretz.

“We became close through doing that. By the time we arrived on set, we felt like we knew each other well … Everybody was surprised to see the shorthand we had … when we got there.”

Premiering Friday, Oct. 21, “The Peripheral,” executive-produced by “Westworld” creators Jonathan Nolan and Lisa Joy, is based on a 2014 novel by William Gibson. The plot follows Flynne (Moretz) and her US Marine vet brother Burton Fisher (Reynor), who are living in the American South in 2032, struggling to make ends meet. They make a living supporting their ailing mother by playing virtual reality games and climbing levels of those games on behalf of wealthy clients.

Jack Reynor as Burton in “The Peripheral.” Sophie Mutevelian/Prime Video

“I’m a fan of sci-fi and speculative fiction, and William Gibson is kind of the godfather of the genre, really,” said Reynor, who’s also known for “Macbeth,” “Transformers: Age of Extinction,” and “Midsommar,” in which he co-starred alongside Florence Pugh.

“Gibson is obviously the man who coined the term ‘cyberspace’ and he conceptualized the Internet before it was ever invented. So, the opportunity to be part of an adaptation of his work was really exciting for me,” he said. “He’s infamously hard to adapt, but with Jonathan Nolan and Lisa Joy onboard, I just felt like this was going to be the best opportunity to do this thing the right way.”

Jack Reynor as Burton in “The Peripheral.” Sophie Mutevelian/Prime Video

Flynne and Burton’s lives become complicated when a headset sends Flynne 70 years into the future, and she discovers that it’s not a virtual reality game, but a real door between the siblings’ world and future London.

“I just love the fact that, although Burton has suffered a lot of trauma and doesn’t have a particularly easy life, there is this kind of earnestness and honesty,” said Reynor. “There’s this loyalty that he has to his values and principals and the people that he loves. The show in many ways is a window into quite a bleak future. But it’s one that gives us the opportunity to take agency, and not have to accept that that’s going to be our future. The same goes for Flynne as well.”

Reynor, who’s based in Ireland, said that while he’s been in New York and LA promoting the series, it’s the first time he realized that “Midsommar” is a hit.

“It’s funny, because the movie came out mid 2019, then the pandemic came along not too long later,” he said. “So, I was kind of tucked away at home in Ireland in the countryside, in my own community where I’m very insulated from the world.

“When I came to America on this trip – this is my first time back in NY and LA – I definitely have noticed there’s a real awareness of the movie out here. It’s just nice,” he said. “People seem to have a lot of admiration for that film, so that’s a real pleasure to soak some of that up.”