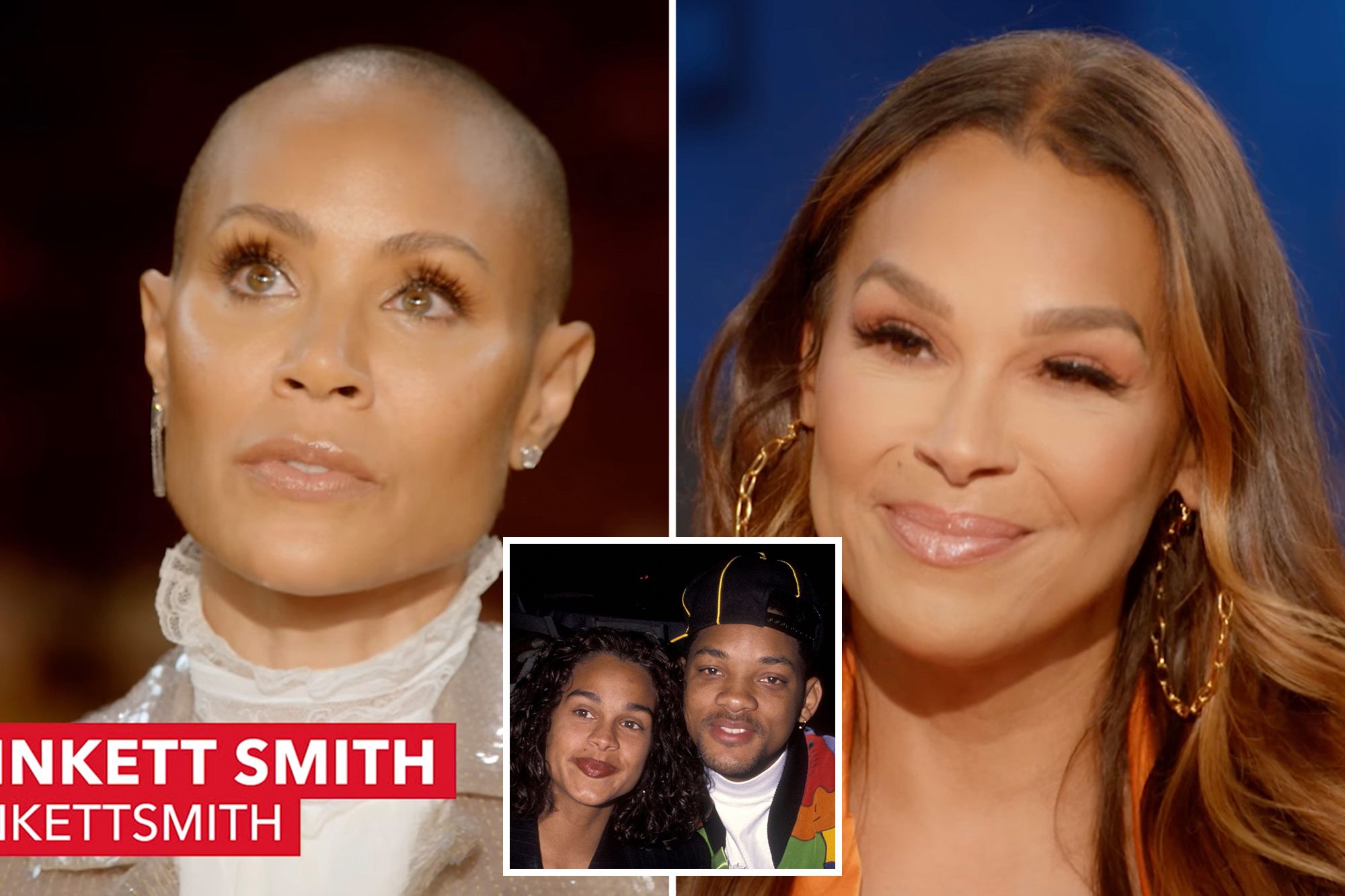 Jada Pinkett Smith is no stranger to “entanglements,” even dating back to her husband’s first marriage.

Sheree Zampino, Will Smith’s ex-wife, appeared on Wednesday’s episode of “Red Table Talk” and reflected on her divorce from the “Men in Black” star in 1995.

Months after their divorce, Pinkett Smith started dating Smith but now admits that she should’ve held off to give Zampino more time to “adjust” to the relationship.

“You had no time. I didn’t understand that, cause you know, it was like a boyfriend,” she added.

“I would have definitely had taken a beat as far as putting myself in the dynamic of you guys,” Pinkett Smith told the “Real Housewives of Beverly Hills” star. “Let’s give this a year, let’s let you two just flesh out whatever y’all have to figure out.”

Will Smith and Sheree Zampino in 1991 at KTLA Studios in Hollywood. Ron Galella Collection via Getty

Zampino further recalled the moment Pinkett Smith came to her and apologized for getting involved too soon.

“You were teary, you were very emotional and you said, ‘I just didn’t know.’ And basically what you were saying is, ‘I was in the picture too soon’ … and you apologized for that.”

Later in the conversation, Pinkett Smith and Zampino talked about their gradual close bond that didn’t happen overnight.

Will Smith and Sheree Zampino married in 1992 and divorced in 1995.Red Table Talk

“We have developed a really nice sisterhood, but it hasn’t been easy along the way,” Pinkett Smith explained.

“For me, it was really about maturity. Just not understanding the marital dynamic, like ‘OK, the divorce papers are sent, and people are over it, and this is done,’” she added. “Oh, guess what, it ain’t ever done … So that was my biggest misconception, in that this woman is a part of this family. It’s like not only taking on Trey, but Sheree was coming along, too.”

Pinkett Smith will reportedly elaborate more on her union with the Oscar-winning slapper in an upcoming memoir, according to the Hollywood Reporter.

Pinkett Smith will reportedly elaborate more on her union with Smith in an upcoming memoir.Red Table Talk

“Jada Pinkett Smith chronicles lessons learned in the course of a difficult but riveting journey — a rollercoaster ride from the depths of suicidal depression to the heights of personal rediscovery and the celebration of authentic feminine power,” according to a statement from the memoir’s publisher, Dey Street.

“In crisis at age 40, Jada recounts the excruciating choices she was forced to make to redefine her life in every way,” the publisher said.

Netflix to charge extra fee for account sharing
In 2007, Eminem was taking 75-80 Valium a night and relapsed. Yesterday, he celebrated his 50th birthday and over 14 years of sobriety.