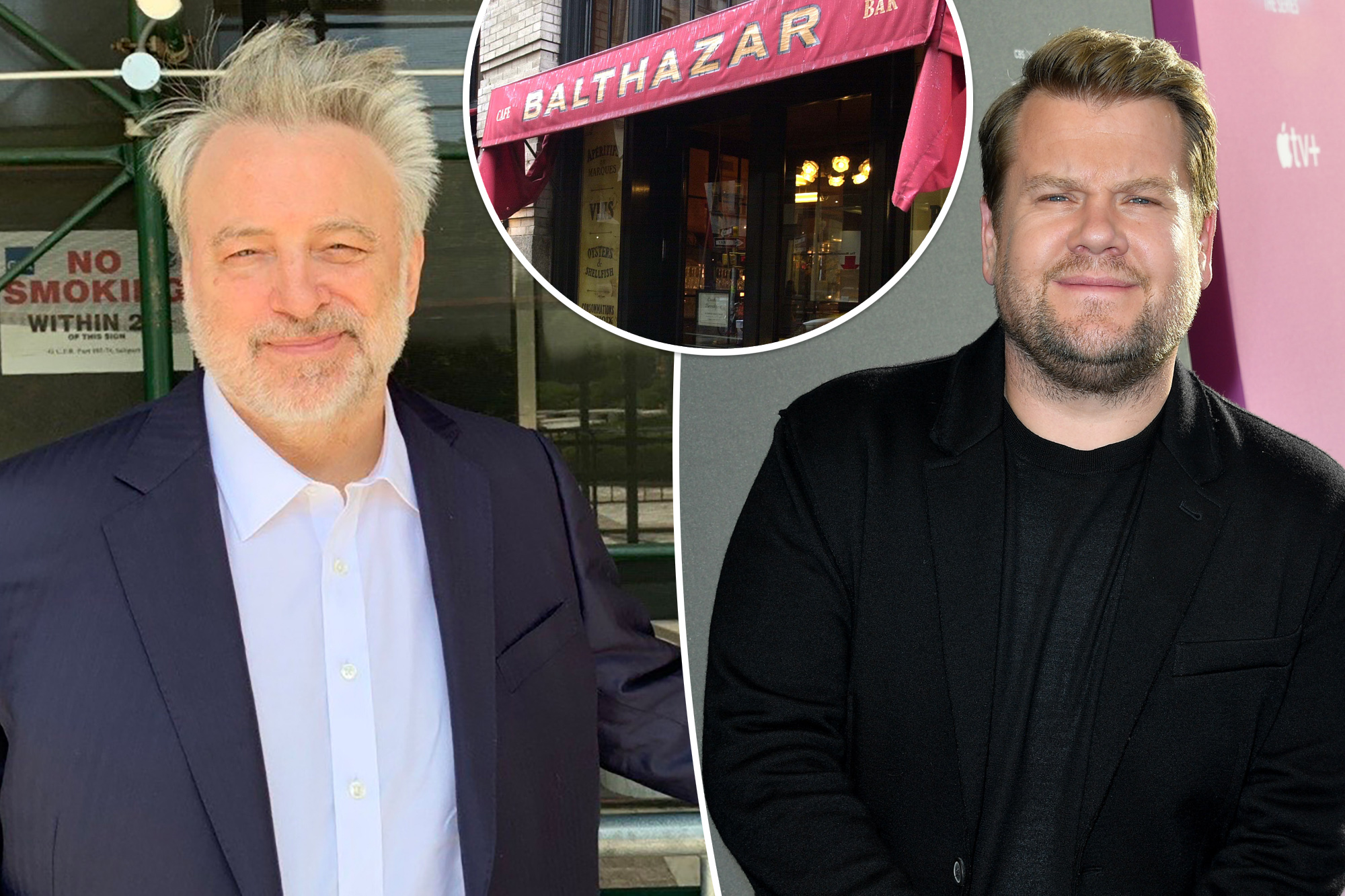 NYC restauranteur Keith McNally has forgiven James Corden after claiming the “Late Late Show” host was the “most abusive” customer he’s ever had.

“James Corden just called me and apologized profusely,” McNally wrote on Instagram on Monday night. “Having f–ked up myself more than most people, I strongly believe in second chances.”

McNally, who owns the iconic restaurant Balthazar, went on to joke that if the 44-year-old let him host the late-night talk show for “9 months” he would rescind his ban from the iconic French brassie.

“No, of course not. But….anyone magnanimous enough to apologize to a deadbeat layabout like me (and my staff) doesn’t deserve to be banned from anywhere. Especially Balthazar,” he continued, adding, “all is Forgiven.”

Corden “profusely apologized” to McNally for his behavior. Getty Images

His decision to give Corden a second chance comes after McNally — who is known as “The Restaurateur Who Invented Downtown” — said he had to “86” (kick out or ban) the comedian from his restaurants due to his mistreatment of the staff.

In a scathing Instagram post earlier in the day, the 71-year-old shared “two examples of the funny man’s treatment” of his employees across some of his establishments.

McNally called out the comedian’s treatment of his staff. Instagram/keithmcnallynyc

Back in June, the owner claimed Corden became irate after finding a hair in his food, demanding free drinks and threatening to leave the restaurant negative reviews.

“After eating his main course, Corden showed the hair to Balthazar manager G. who was very apologetic,” he wrote alongside a photo of the actor. “Corden was extremely nasty to G, and said: ‘Get us another round of drinks this second. And also take care of all of our drinks so far. This way I write any nasty reviews in yelp or anything like that.’”

The 71-year-old banned Corden from his popular French restaurant, Balthazar.

The 71-year-old banned Corden from his popular French restaurant, Balthazar.

In a second instance from earlier this month, the “Into the Woods” actor allegedly yelled at his server when his wife’s brunch order was made incorrectly.

“Mr. Corden’s wife ordered an egg yolk omelette with gruyere cheese and salad. A few minutes after they received the food, James called their server, M. K. and told her there was a little bit of egg white mixed with the egg yolk. M. K. informed the floor manager, G. The kitchen remade the dish but unfortunately sent it with home fries instead of salad.”

Corden allegedly berated the staff after his wife’s eggs were made incorrectly. WireImage

The acclaimed restaurant owner exclusively told Page Six that he was “reluctant” to post about the actor’s behavior but wanted to protect his staff.

“Their jobs are hard enough already. They shouldn’t have to take this kind of abuse from anyone, especially the rich and famous,” he told us.

First bump to win a chocolate… Wait till the end! ...
Who Are The New Women and Men on ‘Bachelor in Paradise’ Season 8?