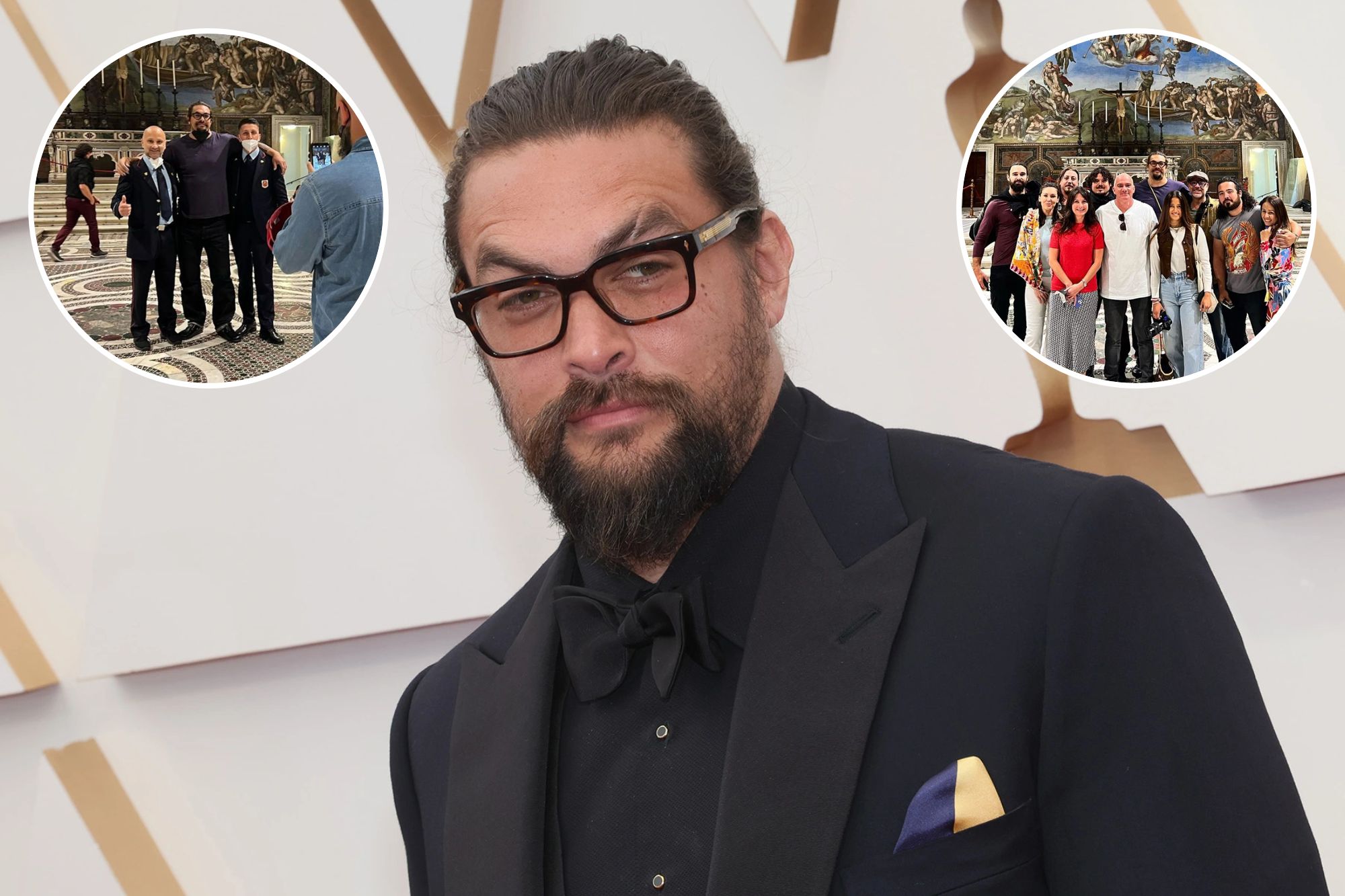 Jason Momoa is apologizing after taking pictures and videos during a recent trip to the Sistine Chapel.

Earlier this week, the “Aquaman” star took to Instagram to share pictures he took of himself admiring the artwork inside the Apostolic Palace. The only problem is photography is off-limits, due to the fact the flash can be harmful to the artwork.

“I LOVE YOU ITALY what a beautiful start to our day off enjoying ROMA,” Momoa captioned his post. Fans were outraged and some even believed the actor, 42, received special treatment.

“We, regular people, are not allowed to film inside the Sistine chapel,” one user commented. Another fan said, “We can’t take pics but ofc celebrities can nothing against Jason (I adore him) but it’s not fair.”

After Momoa received the backlash, he issued an apology video that was shared by Just Jared.

“I just also wanted to say, if you ever felt that I disrespected your culture, it wasn’t my intention,” Momoa said.

Jason Momoa’s photos sparked controversy because photos are usually banned inside of the Sistine Chapel. Instagram/@prideofgypsies

“I came here when I was 19 or 20 to experience the Sistine Chapel. I’ve always wanted to and now that I can, I gave a wonderful donation to bring my friends and crew because we only had a couple days off to experience these places.”

“I was very respectful and I asked for permission from what I thought, would be okay. I would never want to do anything to disrespect someone’s culture. If I did, I apologize. It was not my intention. I paid to have that private moment and gave a nice donation to the church. I love you. I’m sorry if I offended you.”

Jason Momoa apologized for pictures he posted on Instagram taken inside the Sistine Chapel. Instagram/@prideofgypsies

Jason Momoa is in Italy shooting the latest installment of the “Fast and Furious” franchise. GC Images

Aside from seeing historic sites while in Italy, Momoa has been shooting for his upcoming film “Fast X.” It is the sequel to “F9” and is the 10th main installment in the “Fast & Furious” franchise.

The film – which also stars Vin Diesel, Charlize Theron, Sung Kang and John Cena – has a May 2023 release date.