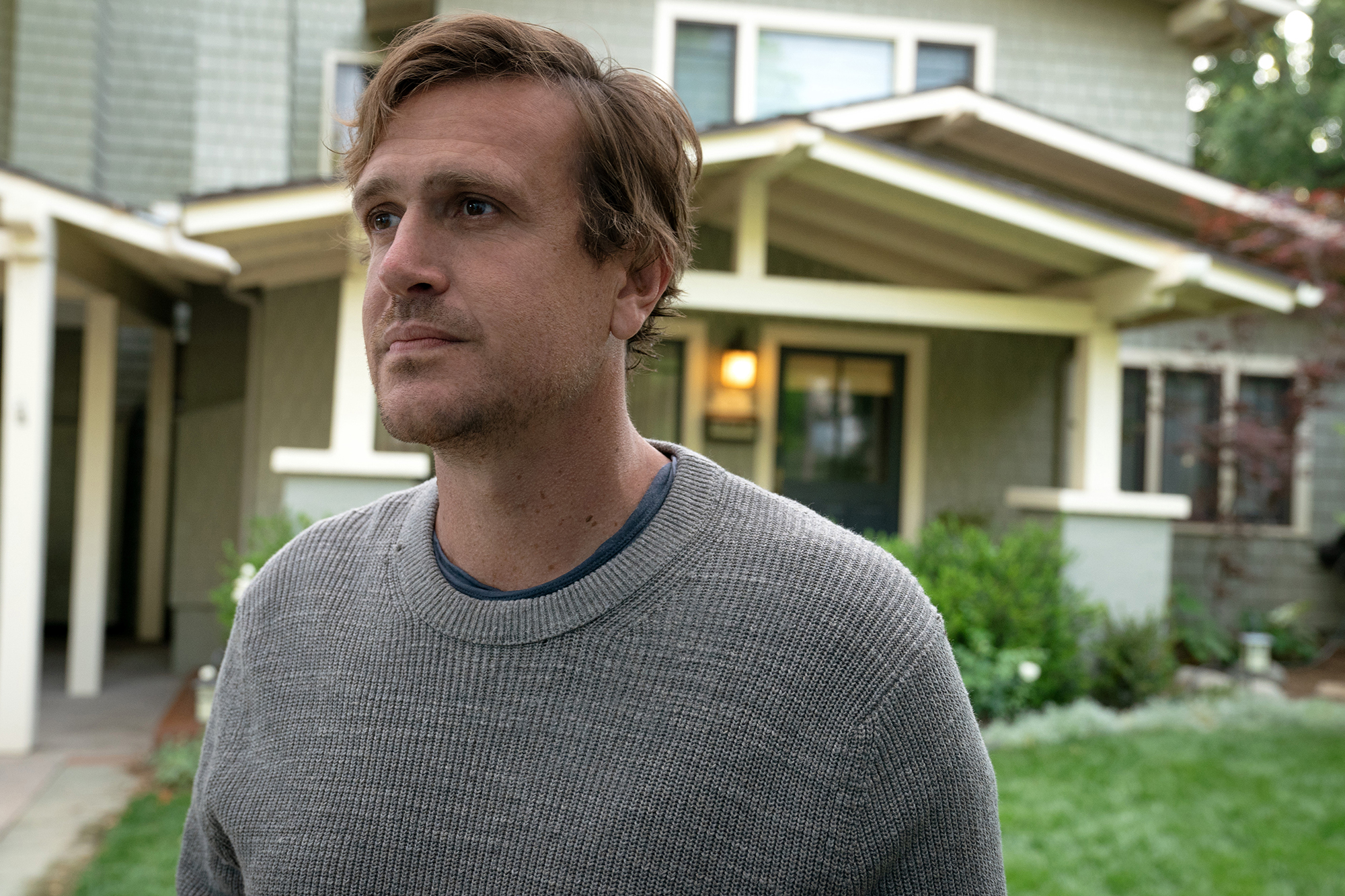 The logline for “Shrinking” posits that “a grieving therapist … starts to break the rules and tell his clients exactly what he thinks.”

That’s a bit deceiving — but in a good way. “Shrinking,” premiering Jan. 27 on Apple TV+, is so much more than the sum of its parts — with a top-flight cast (Jason Segel and Harrison Ford), clever writing and endearing, resonant characters that underscore its feelgood vibe.

Segel plays Jimmy Laird, the aforementioned “grieving therapist” who treats patients at an office in Pasadena, Calif. alongside fellow therapists/friends Paul (Ford) and Gabby (Jessica Williams). It’s been a year since Jimmy’s wife, Tia, was killed in a car accident and he’s shut nearly everyone out of his life, including his teenage daughter, Alice (Lukita Maxwell), who barely speaks to him while he drowns his grief in drugs and women. She prefers to hang out with their good-hearted next-door-neighbor, Liz (Christa Miller), an empty-nester who’s more than happy to oblige during Jimmy’s emotional absence.

Paul and Gabby, meanwhile, are dealing with their own issues: Paul’s Parkinson’s disease is getting worse, a concern he hides behind a veneer of gruff, pointed sarcasm and stoic acceptance. Gabby’s one-liner zingers are masking sadness in her personal life. The Cognitive Behavioral Therapy Center bosses — aka Jimmy, Paul and Gabby — are one motley crew.

Jimmy, though, finds a personal and professional lifeline when, after a hard night of joyless partying, he shows up to work in a foul mood with his empathy at a breaking point — what Paul calls “compassion fatigue”). In an epiphany of sorts, Jimmy lashes out at a patient (Heidi Gardner) demanding that she leave her abusive husband or stop coming to him and complaining about it if she won’t heed his advice. She follows his advice. Emboldened, he uses the same m.o. on Sean (Luke Tennie), a young military veteran prone to beating people to a pulp for any number of reasons real or imagined — and asks for Jimmy’s help. After some going-nowhere (and very funny) back-and-forth between them, Jimmy takes Sean to an MMA facility to vent his aggression legally … and, wouldn’t you know it, his violent impulses are curbed for the time being.

Harrison Ford and Lukita Maxwell as Paul and Alice in a scene from “Shrinking.”Beth Dubber

In the second episode, viewers will meet Brian (Michael Urie), Jimmy’s brash, flamboyant, uber-confident best friend — a lawyer whose mantra is “Everything goes my way” and a self-described “ray of light” and “human Zoloft.” Much to his dismay, Jimmy has shut Brian out of his life for the last year until he grudgingly calls to ask for a favor. Urie is terrific as this outsized character who, underneath his comic bravado, really does have Jimmy’s best interests at heart.

The cast meshes well and, early on, each of the “Shrinking” characters has their shining moment in scenes both funny and poignant. Segel, who co-created the series with Emmy-winning “Ted Lasso” star Brett Goldstein and Bill Lawrence (“Ted Lasso,” “Spin City,” “Scrubs”), knows his way around a sitcom vis-a-vis comic timing and nuances of dialogue after spending nine seasons on “How I Met Your Mother.” Ford, 80, slides into Paul’s “seen it all” skin naturally and shows off a subtle comedic touch in his “just chats … not therapy” with Alice and in his interactions with Jimmy and Gabby. Paul is all-in with his patients but fiercely protective of his private life with his co-workers. We should learn more about that, and other fill-in-the-blanks contextual details, as the 10-episode season progresses.