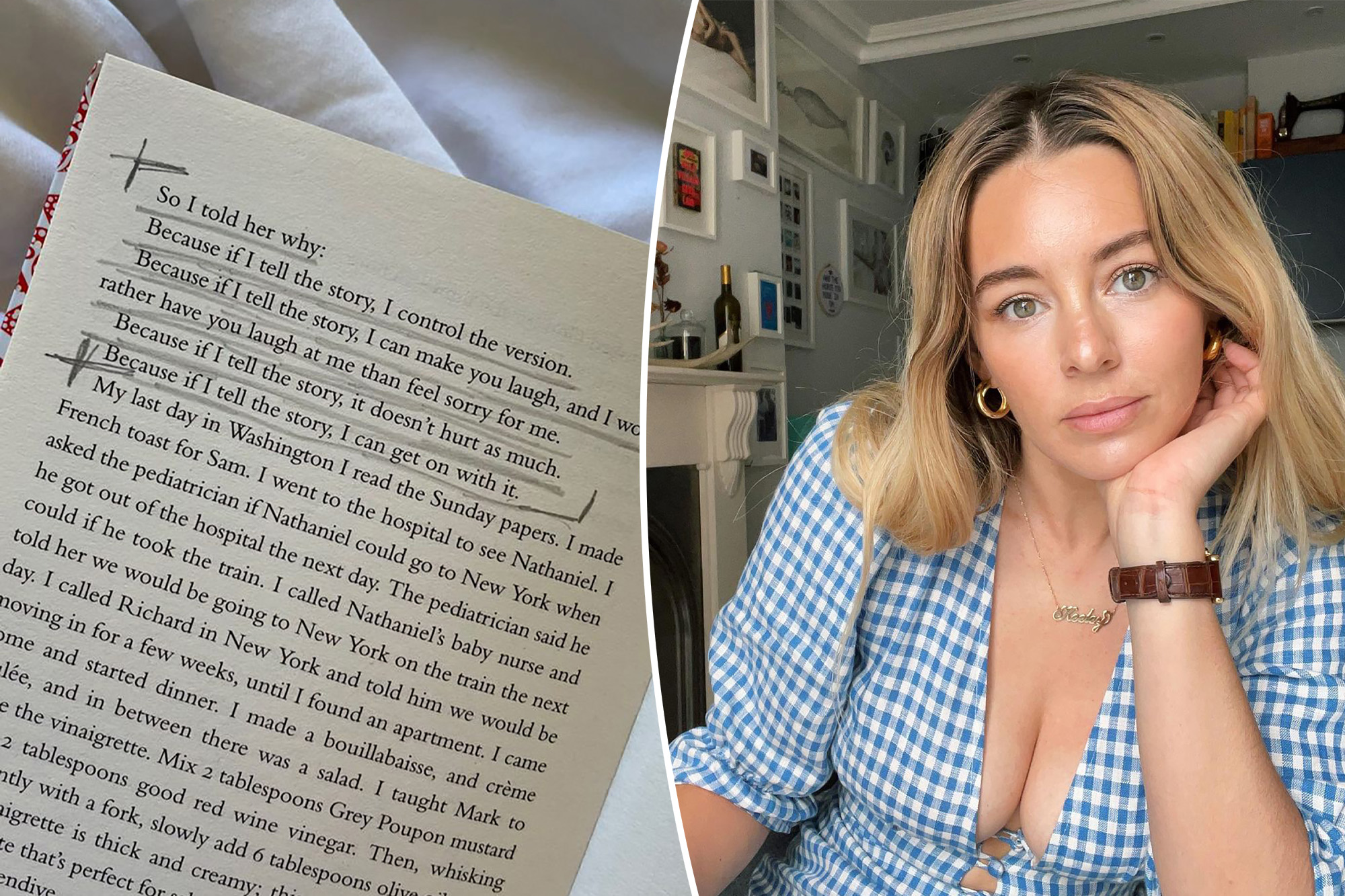 Turns out the “special salad dressing” isn’t so secretive.

Jason Sudeikis’ ex-girlfriend, Keeley Hazell shared the exact same salad dressing that Olivia Wilde savagely posted on her Instagram Story amid allegations it was the cause of a huge fight between her and Sudeikis.

While it may have been a coincidence the “Ted Lasso” star’s two ex-lovers were reading “Heartburn” by Nora Ephron, Hazell’s annotations seemed to be a dig at the “Booksmart” director.

“‘Why do you feel you have to turn everything into a story?’” the underlined excerpt read on the 36-year-old model’s Instagram Story.

The telling quote was right above the now-infamous salad dressing recipe that Wilde, 38, shared the day prior.

“Mix 2 tablespoons Grey Poupon mustard with 2 tablespoons good red wine vinegar,” the recipe, which Wilde allegedly made for Styles, read. “Then, whisk constantly with a fork, slowly add 6 tablespoons olive oil, until the vinaigrette is thick and creamy; this makes a very strong vinaigrette that’s perfect for salad greens like arugula and watercress and endive.”

Hazell started dating Sudeikis, 47, in February 2021 — just four months after his split from Wilde — but the pair called it quits in May 2022.

At the time of their romance, sources told Page Six the actor felt “safe and relaxed” with the model — and apparently comfortable enough to share his ex-fiancé’s secret recipe.

The former couple slammed their former nanny for giving an interview about their breakup.FilmMagic

According to Sudeikis and Wilde’s former nanny, the “Horrible Bosses” star threw himself under Wilde’s car in an effort to stop her from going to visit now-boyfriend Harry Styles with a salad covered in Ephron’s dressing.

“The night she left with her salad, Jason had chased after her, videotaping her in the house,” she told the Daily Mail in a bombshell interview. “She was saying: ‘I’m scared of you, Jason, I’m scared of you.’ And he said: ‘If you’re scared of me, why are you leaving your kids with me?’

Although the “Don’t Worry Darling” director went back inside their Los Angeles home, it was the last straw for the actor.

“He said he was doing it on purpose to make her late going to see Harry,” the nanny continued. “Jason told me: ‘She made this salad and she made her special dressing and she’s leaving with her salad to have dinner with [Harry].’”

However, Wilde and Sudeikis slammed the “false and scurrilous accusations” in a statement to Page Six.

“As parents, it is incredibly upsetting to learn that a former nanny of our two young children would choose to make such false and scurrilous accusations about us publicly,” they told Page Six.

“Her now 18 month long campaign of harassing us, as well as loved ones, close friends and colleagues, has reached its unfortunate apex. We will continue to focus on raising and protecting our children with the sincere hope that she will now choose to leave our family alone.”

Reply to office ! Boss up do it with ease outfit ...
Kim Kardashian Wanted to Make Jewelry out of Kris Jenner’s Bones