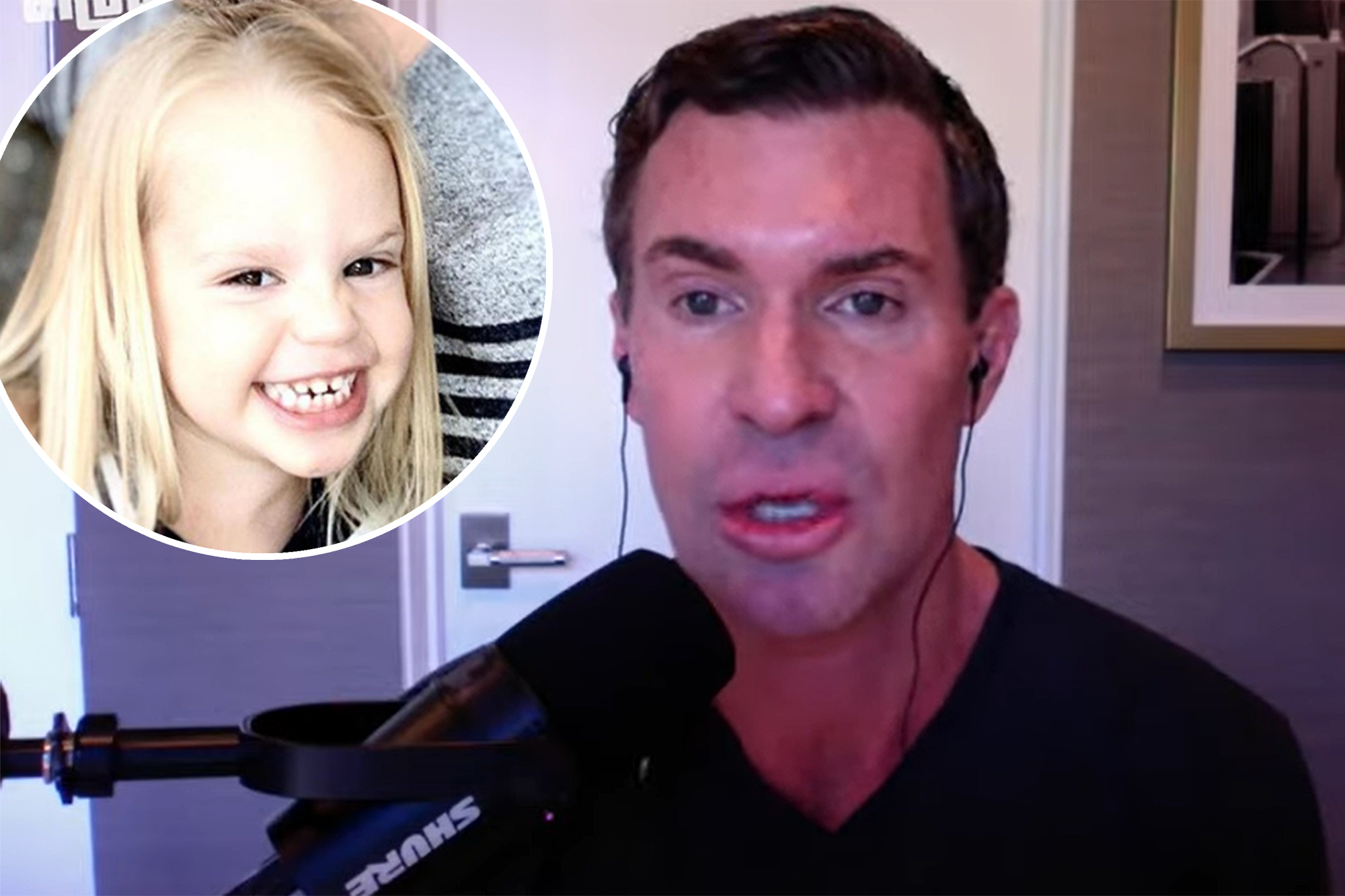 Jeff Lewis claims Monroe –The 5-year-old daughter he shares with ex Gage Edward – threatened to cut ties with him if he doesn’t stop talking about her on his radio show.

“On Sunday, Gage said that Monroe wanted to talk to me. She got on the phone and she was pretty upset. She said, ‘Have you been talking about me on the radio?” the “Flipping Out” star revealed on Monday’s episode of “Jeff Lewis Live”SiriusXM.

“She said if I continue to talk about her on the radio that she will not see me again until she’s a grown up.”

Lewis shared with us that he told Monroe that he needed to go, and then immediately texted Edward.

“I said, ‘Look, I never say anything negative about you to Monroe, ever, and this feels divisive. I would never want to turn her against you, which seems like what you’re doing right now. You’re mad at me, please don’t use her to take it out on me,’”He remembered.

Lewis claims his 5-year-old daughter called him crying after a conversation with her other dad, Gage Edward.gageedwards/Instagram; SiriusXM

Lewis alleged that the conversation all began after Edward lied to Monroe, claiming a private school denied her admission due to Lewis’ recent comments about his COVID-19 “super spreader event.”

“That is simply not true,”Lewis claimed. “She was denied access to that private school before the holiday super spreader, so they had other reasons for that. They already hated me.”

Lewis explained that Monroe had expressed her concerns about possibly going to a Catholic school in their phone conversation. He said that she had tears in her eyes and admitted she was sorry. “afraid of the nuns”After seeing them at The Grove in Los Angeles,

“I guess Monroe thought that was kind of scary, and that was a good time when Gage thought he should tell her that I’ve been talking about her on the radio,” Lewis – who attended Catholic school – said. “And that as a result, she’s not going to be admitted to certain schools and that she’s going to have to go a Catholic school with nuns.”

Lewis said that Edward is allegedly “less than thrilled”Their daughter had difficulty getting into private schools. He blames his fame and controversy.

Lewis claimed that his “super spreader” event had nothing to do with his daughter’s school applications.jefflewis/Instagram

The news comes just one week after Lewis revealed that one of Monroe’s applications to a private school had recently gotten denied. Shortly thereafter, Lewis was attacked for hosting a COVID-19. “super spreader”Holiday party, and he stated on his radio program that it was “worth almost dying for.”

A rep for Edward did not immediately respond to Page Six’s request for comment.