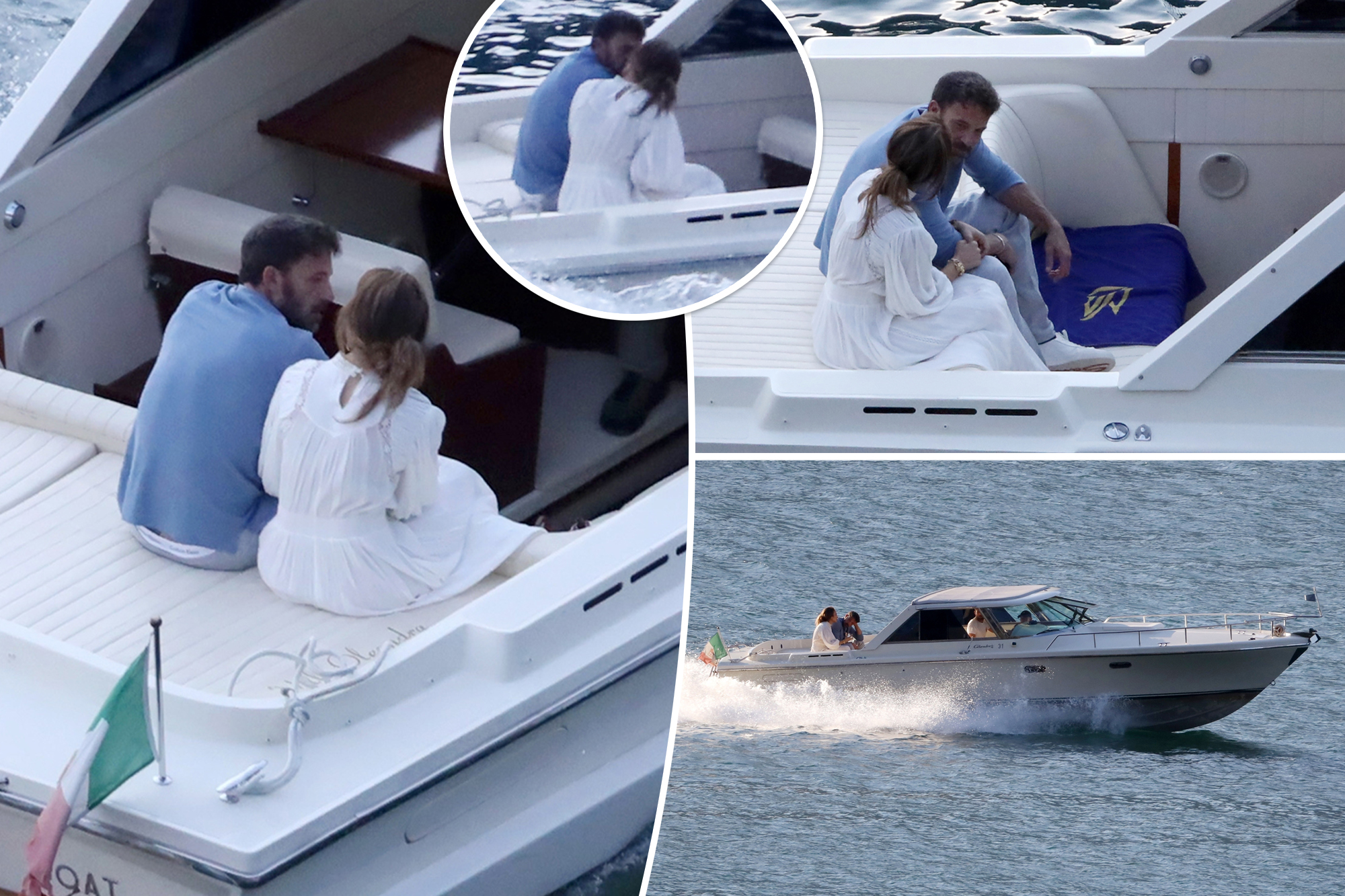 Jennifer Lopez and Ben Affleck kicked off their second honeymoon with a boat ride on Tuesday.

The newlyweds — who tied the knot for a second time on Saturday — were spotted cruising across Lake Como off the coast of Tremezzo while sitting on the back of a speed boat. They were mainly alone aside from the captain and co-captain.

Lopez, 53, continued to rock white as she wore an oversized, long-sleeved white dress. She completed the look with a matching white bag and gold accessories.

Affleck, 50, on the other hand, wore a blue long-sleeved shirt with linen khaki pants and white sneakers. He also wore a gold bracelet.

During their boat ride, the couple seemed wrapped up in an intense conversation with the singer intertwining her arms around her husband’s.

Despite the seemingly serious conversation, the newlyweds shared a sweet kiss before the “Batman” actor looked lovingly at his new bride.

That same day, the couple — who kept their PDA to a minimum — had also been photographed having lunch at the Grand Hotel Tremezzo in Lake Como.

According to photos obtained by the Daily Mail, the Oscar winner was caught staring at pictures of his bride, who rocked three Ralph Lauren dresses on their big day — on his phone.

The couple got on the boat while it was still dark out.

The couple got on the boat while it was still dark out.

Evans’ rep revealed she won’t be signing a contract with…

Over the weekend, Bennifer 2.0 celebrated their love with a three-day celebration.

They kicked things off with a rehearsal dinner on Friday before tying the knot a second time in front of friends and family the very next day. They ended the weekend with a brunch/barbecue on Sunday.

Despite the stunning all-white celebration, the weekend didn’t go as seamless as they hoped.

The couple had to rush to the hospital on Friday after Affleck’s mom fell from a dock at the actor’s Georgia estate and required medical attention. A wedding guest was also rushed out of the venue in an ambulance on Saturday.

One month ago, Lopez and Affleck “flew to [Las] Vegas” and said “I do” at A Little White Chapel in front of two of their five combined children: the “Argo” star’s Seraphina, 13, and one of the “Marry Me” singer’s 14-year-old twins, Emme.

Soon after their quickie wedding, they were photographed honeymooning in Paris.

All of their kids — including Affleck’s Violet, 16, and Samuel, 10, as well as Emme’s brother, Max — were present for the second nuptials.