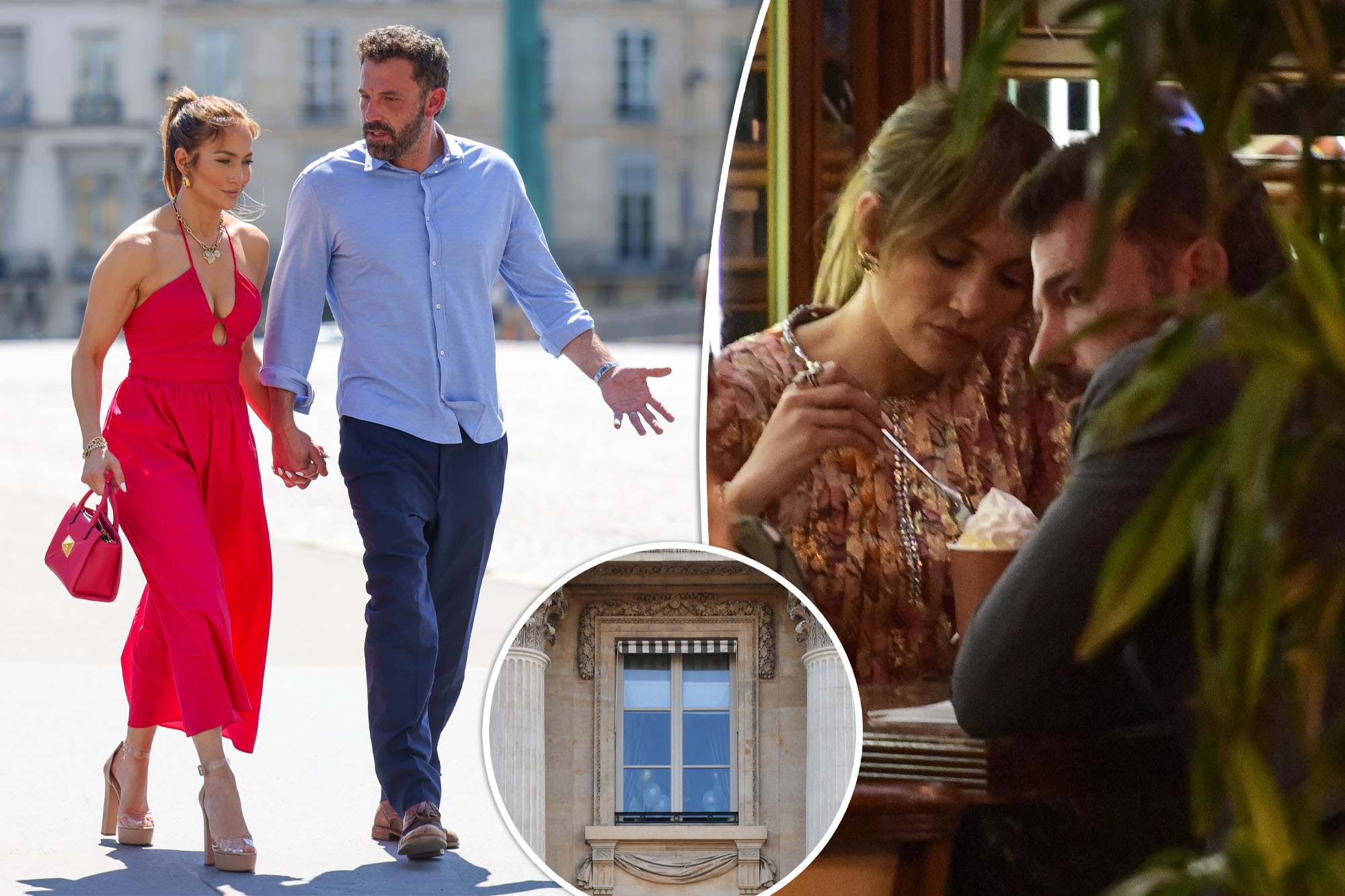 The singer turned 53 on Sunday and celebrated her special day by enjoying a romantic stroll in Paris with her new husband, Ben Affleck.

The newlyweds looked smitten as they were spotted cuddling up close while walking in front of the Arc de Triomphe du Carrousel and the courtyard of the Louvre on Sunday.

The newlyweds took a stroll through Paris for the singer’s birthday.AbacaPress / SplashNews.com

The birthday girl – who also launched her new JLo Body booty balm on Sunday – turned heads in a stunning red dress that featured a keyhole neckline. She completed the look with a matching purse and sky-high nude stilettos.

The iconic pair walked past the similarly iconic courtyard of the Louvre on Sunday.GC Images

We’re told Lopez and Affleck have been staying at the Hôtel de Crillon on the Champs-Élysées, home to the iconic fashion district off of the Right Bank of the Seine.

On the way back to their hotel Saturday night, the lovebirds stopped for ice cream at the lux French sweet-treat purveyor Berthillon.Best Image / BACKGRID

One night prior, the lovebirds also enjoyed a romantic dinner in the City of Light. We’re told they dined at rooftop restaurant Plénitude at the Cheval Blanc hotel and stopped for ice cream at Berthillon on the Île Saint-Louis on their way home.

The two tied the knot in Las Vegas earlier this month.Best Image / BACKGRID

“He watched her walk down the aisle and you could just tell he was like, ‘Wow, woah,’” Wolfe told us. “You could tell he was definitely just in the moment.”

Lopez confirmed she tied the knot with Affleck via her “On the JLo” newsletter one day after their intimate nuptials.

Silver balloons could be seen in the window of Hôtel de Crillon over the weekend.Best Image / BACKGRID

“We did it. Love is beautiful. Love is kind. And it turns out love is patient. Twenty years patient,” she wrote, describing the ceremony as “Exactly what we wanted.”

The two stars famously met in 2002 on the set of 2003’s “Gigli,” while Lopez was still married to her second husband, Chris Judd. The “Hustlers” star filed for divorce from Judd in July 2002, around the same time she and Affleck were first seen canoodling in public.

Lopez and Affleck were previously engaged in the early 2000s.Best Image / BACKGRID

Lopez and Affleck were engaged just months later, but eventually called it quits in January 2004 before rekindling their romance last year.

In the interim between their whirlwind early aughts romance and the two tying the knot this month, Affleck married Jennifer Garner in 2005 while Lopez wed singer Marc Anthony in 2004.

The singer legally changed her name to “Jennifer Affleck” following the nuptials. OnTheJlo

Lopez birthed twins Emme and Maximilian in 2008 before divorcing Anthony in 2014.