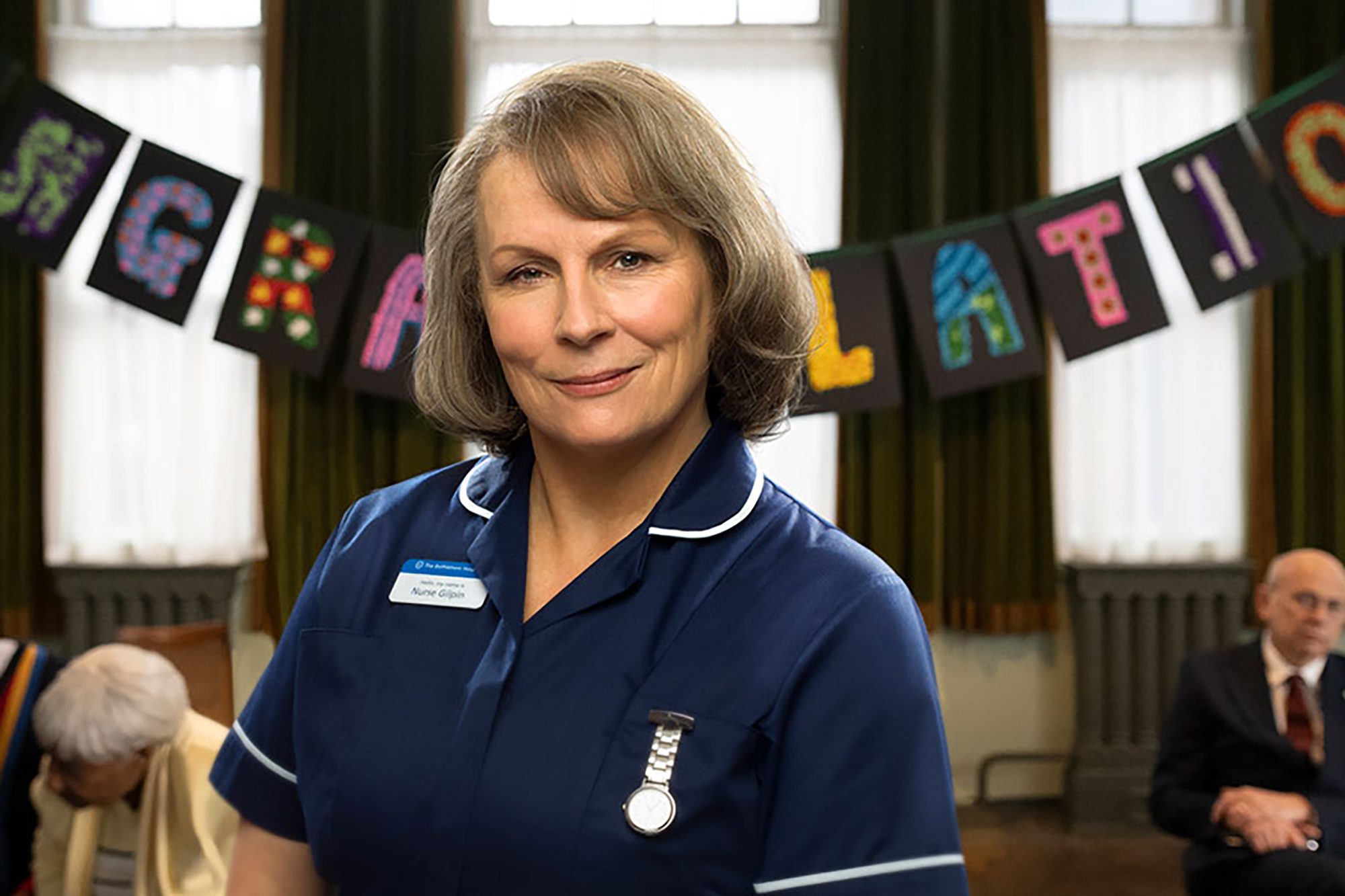 Running time: 99 minutes. Not yet rated.

TORONTO — You won’t be shouting “Allelujah!” at the end of the new movie “Allelujah” that premiered Saturday at the Toronto International Film Festival.

Unless, of course, you holler, “Allelujah! It’s time to go home!”

That’s because the dinky drama, about a struggling hospital for the elderly in England, gets steadily more depressing as it plods along. There’s nothing wrong with some silver screen sorrow, but not when it amounts to indecisive mush. Sure, it is a pleasure to see the boffo acting talent together — Jennifer Saunders, Judi Dench, Derek Jacobi and more — but they deserve so much better than hospital Jell-O.

The creaky film began as a play at London’s Bridge Theatre by writer Alan Bennett, who also penned “The History Boys,” and much like the 2006 screen version of that show, “Allelujah,” directed by Richard Eyre, doesn’t comfortably make the leap to cinema. Some stage material should avoid the movies and vice versa.

It’s set at The Beth, an infirmary — not long-term care — for the old, so there’s a revolving door of patients and death is a regular part of the gig. But it’s at risk of being closed by the government, and there’s a fundraising effort to save the place. At first, that last chance is what we think the movie is going to be about.

Nope. It’s much darker than that.

Derek Jacobi plays a patient at The Beth.Courtesy of TIFF

The one pinprick of light is its young main character’s earnest belief in personal and attentive patient care. He’s a beaming doctor, who goes by the name Dr. Valentine (Bally Gill) because his patients can’t pronounce his Indian name. He begins by saying “I have always loved the old, and, as played with intense sincerity by Gill, he means it.

He’s the opposite of the dowdy, downcast Sister Gilpin (Jennifer Saunders), a nurse who shows little patience for patients and even keeps a kind-of naughty list of those who wet the bed. She harangues and harrumphs.

Gill turns in a sweet performance, though not a complex one. Not his fault. Bennett has written a flat as a Carebear character. Saunders, meanwhile, comes treacherously close to turning her frigid nurse into a “French & Saunders” skit. She finds her groove eventually, but by then the film has lost us.

Moments of levity are few and far between in “Allelujah.” Courtesy of TIFF

Over the course of several days, a documentary crew is at The Beth shooting a short film about the effort to keep the dingy building from shuttering. Having cameramen around is a forced and lazy device that hinders the story until it serves its one real purpose later.

Another ham-handed subplot involves a crotchety old man recovering from an infection (David Bradley) and his cynical number-cruncher son (Russell Tovey) who works for the health secretary and wishes to shut down the very hospital his father is staying at. His Ebenezer-Scrooge-on-Christmas-morning turnaround is utterly laughable.

Dench and Jacobi perform with the gravitas and pathos they are known for, but these are menial roles. Dench’s, especially, makes her grandmother supporting part in “Belfast” look as big as King Lear.

The wannabe-shocker ending shows an extreme possible consequence of cost-cuts from the UK’s National Health Service. It’s rushed and barely explained before a final monologue about health care workers during the pandemic.

You get whiplash from all the ideas being pelted at you. You might need to pay a visit to the WTF Ward.