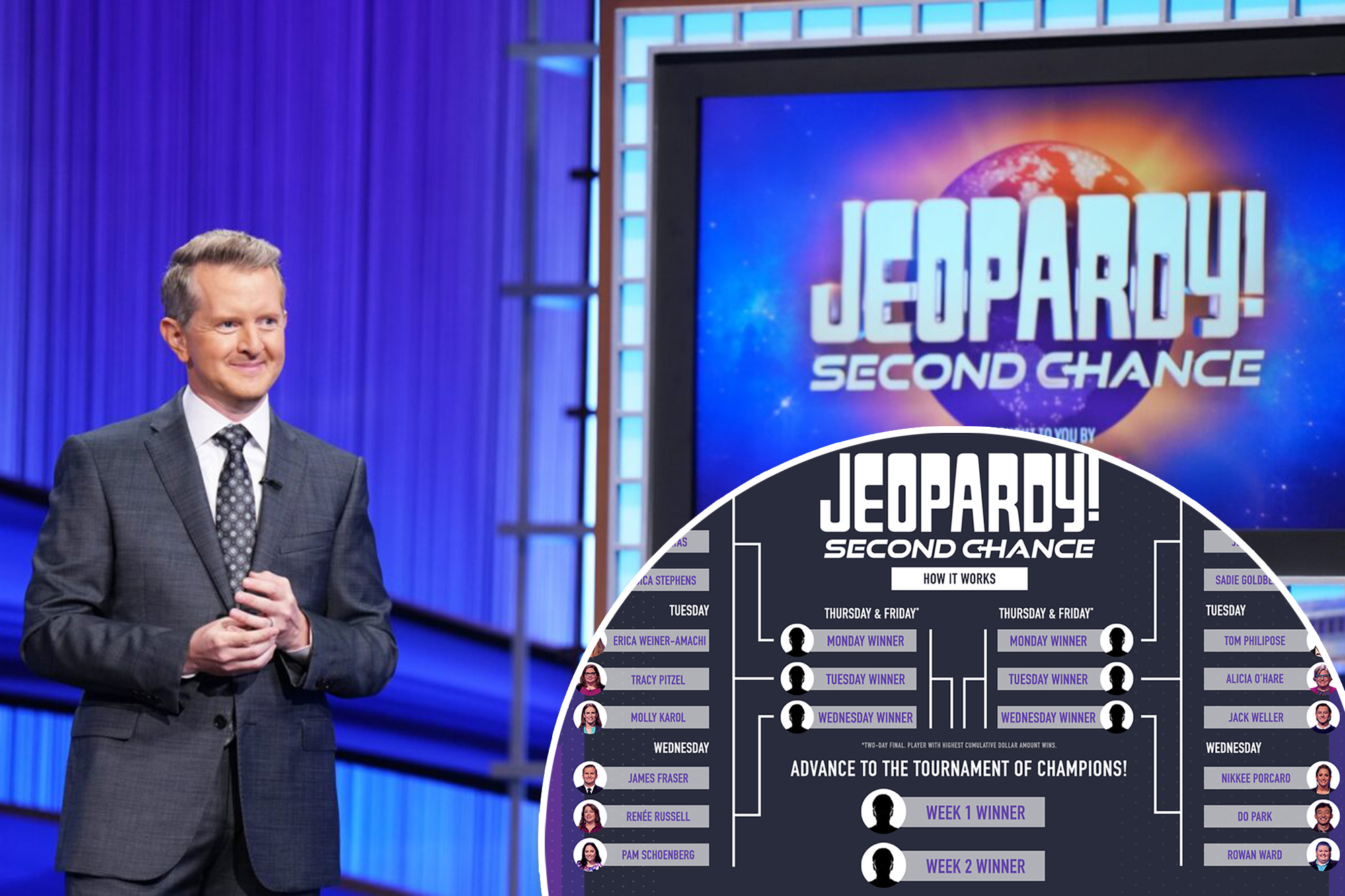 Fool them twice, shame on them — again.

The “Jeopardy!” game show’s “Second Chance” competition is set to air later this month and features 18 former contestants who lost their first time around.

Starting on Monday, Oct. 17, players who didn’t become champs during their previous “Jeopardy!” games will get another shot at the gold.

The series will air over two weeks and each week will spotlight three semifinal games and a two-day finale.

The victor of each week’s episode will then score a place in the ultimate fighting ring: the “Tournament of Champions.”

The tournament is set to start when the “Second Chance” competition ends on Halloween night, Oct. 31.

Ken Jennings and Mayim Bialik have been switching off hosting duties for the current season. The pair gave their first joint interview about their emcee gig during Monday’s “Good Morning America.”

Jennings, 48, and Bialik, 46, spoke about the pressures of the job as well as living up to longtime host, the late Alex Trebek’s legacy. He passed away in November 2020.

Mayim Bialik (pictured) and former game show champ Ken Jennings have been hosting the long running quiz show since the death of Alex Trebek in 2020.

Jennings is a former “Jeopardy!” champ himself, having scored a win in 74 straight games in a row. He noted that hosting is harder than being a contestant.

“I just feel so lucky,” he went on, adding that he holds Trebek’s memory close to his heart when he hosts. “To this day I still hear Alex echoing in my head every time.”

The “Big Bang Theory” star also feels a strong connection to the late host. “I feel like Alex’s presence is here,” she said.

Below is the full list of Second Chance competitors.