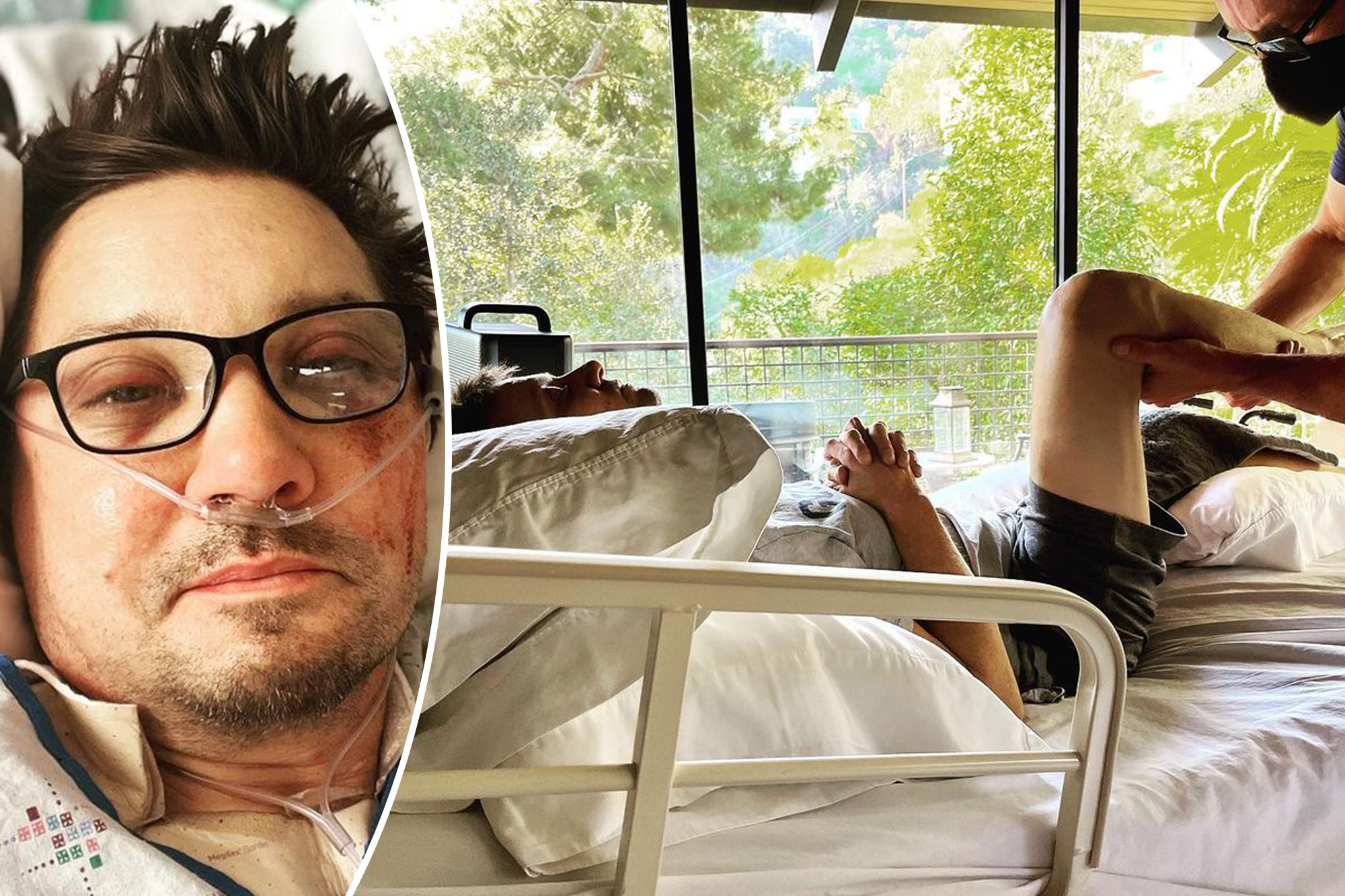 Jeremy Renner revealed Saturday that he broke over 30 bones in his New Year’s Day snowplow accident.

“Morning workouts, resolutions all changed this particular new years,” the “Mayor of Kingstown” star wrote in an Instagram post. “Spawned from tragedy for my entire family, and quickly focused into uniting actionable love.”

The caption accompanied a photo of the actor, 52, laying in a hospital-like bed in his home while a medical specialist stretched his leg.

“I want to thank EVERYONE for their messages and thoughtfulness for my family and I,” he continued in the post, which quickly pulled a million likes. “Much love and appreciation to you all. These 30 plus broken bones will mend, grow stronger, just like the love and bond with family and friends deepens.”

Renner posted a photo of his bruised face from his hospital bed on Jan. 3.Jeremy Renner/Instagram

“Love and blessings to you all,” he concluded, along with a series of heart and praying hands emojis.

The “Avengers” actor was run over by his own snowplow after trying to help a stranded family member near his Nevada home, causing him to lose a significant amount of blood and landing him in the Intensive Care Unit. According to a statement at the time, Renner suffered “blunt chest trauma and orthopedic injuries,” which required multiple surgeries.

The snowplow was reported to be a PistenBully or Sno-Cat, a common but heavy piece of snow removal machinery weighing more than 14,000 pounds. Authorities seized the equipment earlier this month to rule out any “mechanical failure.”

A terrifying 911 call captured the moments after the accident, as Renner can be heard in the background moaning in pain. The neighbor who phoned emergency operators said the Marvel star’s breathing was “shallow” and suggested a medical helicopter be dispatched to the scene.

Renner has been sharing updates about his recovery following his Jan. 1 snowplow accident.Jeremy Renner via Twitter

While in the ICU, Renner shared a series of photos and videos that gave followers a peek into his condition. In one, he shared a snap of his battered face, thanking fans for the “kind words,” but admitting he was “too messed up now to type.”

He also tweeted a clip of a family member massaging his head while he sported a hospital cap and oxygen mask.

An inside source claimed the actor faced “a long road to recovery” shortly before Renner was released from the hospital after spending his 52nd birthday there.

His injuries are “worse than anyone knows,” the source insisted, and it could take years for the actor to fully heal.