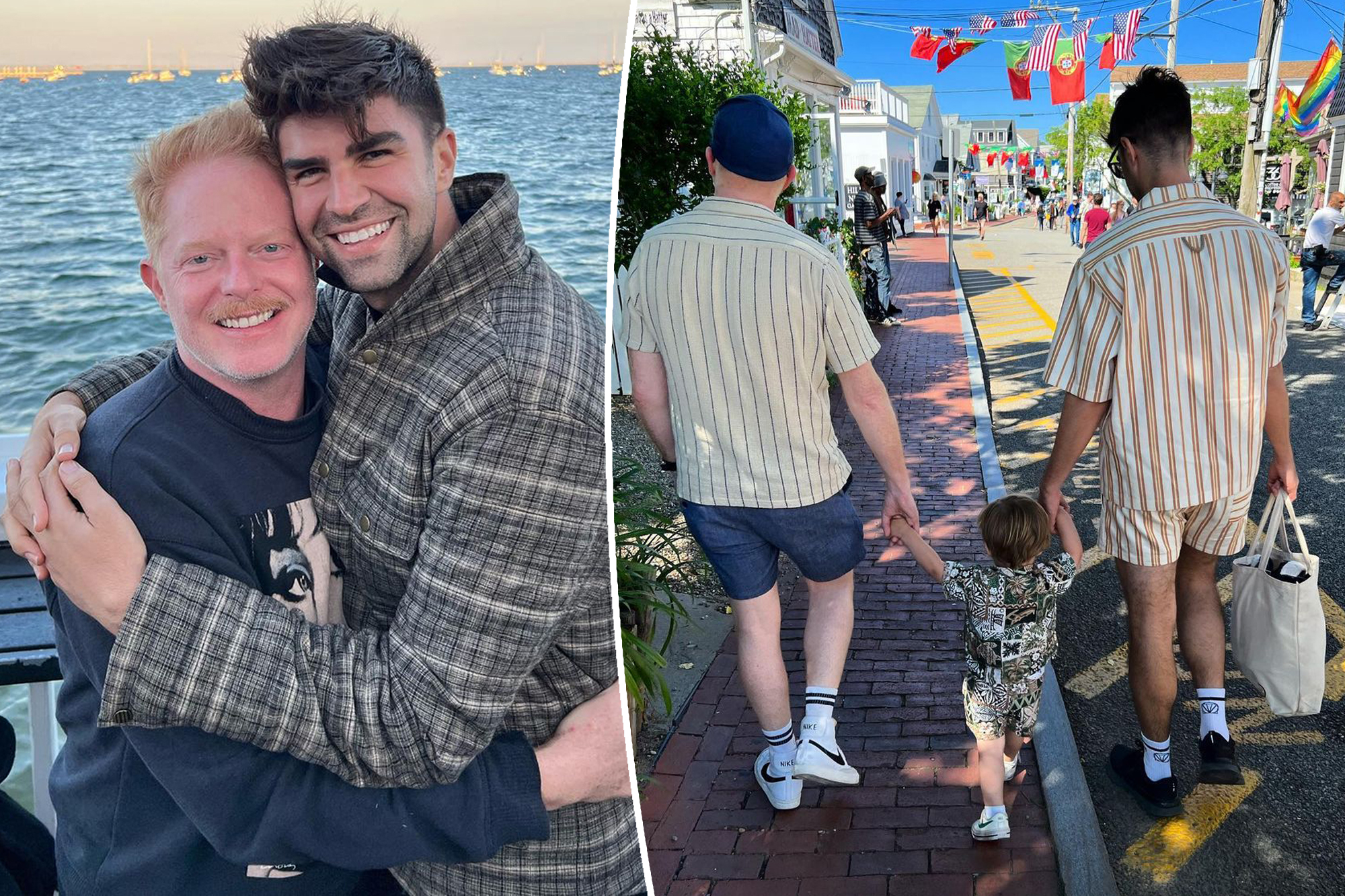 Beckett is a big brother!

“Sad to be away from my @takemeoutbway fam tonight but we ran off to welcome our newest little one, Sullivan Louis Ferguson-Mikita,” he wrote in an Instagram post, which featured their newest bundle of joy.

“A special thanks to @drshahinghadir for helping us grow our family & our incredible surrogate and all of the nurses and doctors. We are overjoyed to be a family of four.”

Ferguson, 47, and Mikita, 37, became dads in July 2020 when their son Beckett was born with the help of a gestational carrier.

The “Modern Family” alum praised the lawyer in the infant’s Instagram debut, writing, “Two weeks ago I got to see you become a dad. We are entering a whole new chapter and I couldn’t be happier to be doing it with you.”

Ferguson played a father as Mitchell Prichett on the ABC show for 11 seasons.

When the sitcom came to an end in April 2020, the Emmy nominee said he had a chance to “really focus” on Beckett’s arrival.

The duo announced in May that they were expanding their family.jessetyler/Instagram

“There was this forced opportunity to stop and relax and be in the moment,” Ferguson told People in March 2021.

“[Parenting is] astonishing,” he added. “I can be in a bad mood and seeing [Beckett] super excited, kicking and smiling, it just immediately lifts my spirits. It’s so pure and sweet. And it gives me so much joy.”

In May of the following year, the “Take Me Out” star told his Instagram followers that baby No. 2 was on the way.

“@justinmikita and I have some exciting news, we’re expecting No. 2!” he captioned an Instagram video. “Our growing family will be a family of four later this fall! We are so excited for Beckett to have a sibling.”

The Tony winner and Mikita got engaged in September 2012 after nearly two years of dating, tying the knot in July 2013 in New York.

How to make a marketing video - Video marketing for business #4
'Princess Diaries 3' in the works — will Anne Hathaway return?