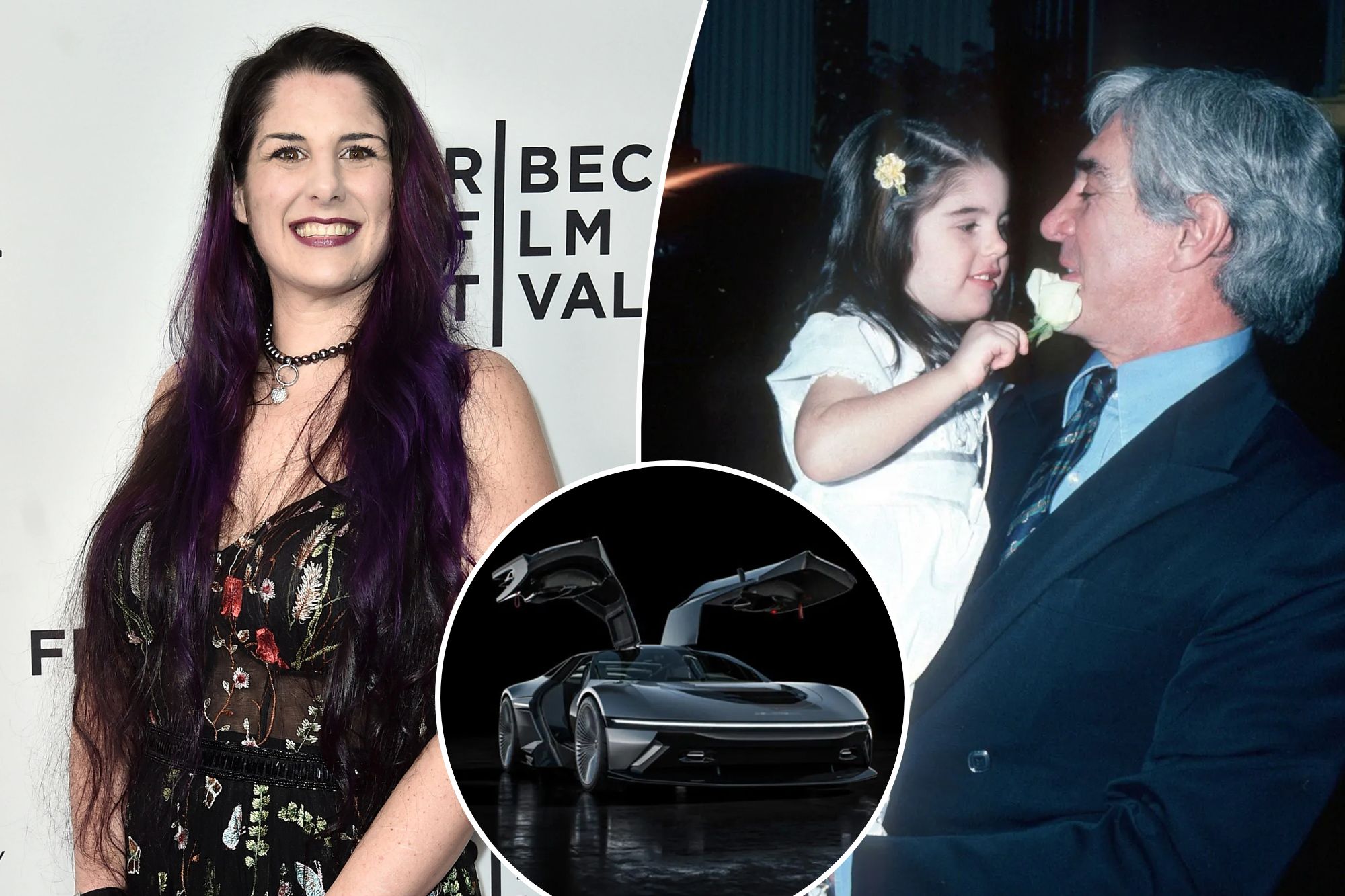 Kat DeLorean, daughter of famed automotive executive John DeLorean, has announced the launch of a new car company called DeLorean Next Generation Motors (DNG Motors), that is aiming to bring a modern take on her father’s eponymous sports car to market.

The company says that the sleek gullwing two-seater will be built in Detroit, with the first production version set to be revealed late next year.

The news comes after this year’s debut of the Texas-based DeLorean Motor Company’s Alpha5 four-seat car. The new DMC started out as a DeLorean parts sales and restoration outfit that acquired the original brand’s name and trademarks.

DeLorean, who is a cybersecurity engineer, has said she does not approve of the company’s use of her father’s name, but his estate previously reached a settlement with the company over the rights.

Kat DeLorean said she does not approve of the company using her father’s name despite his estate reaching a settlement with the company over the rights. Getty Images for Tribeca Film Fe

DNG has released images of its car, the Model-JZD, which was named as a tribute to John Z. DeLorean and penned by Spanish designer Angel Guerra with inspiration from the classic DMC-12.

A company representative told Fox News Digital that it was designed around an electric powertrain, but that it is in the process of determining the best option for the final version.

John DeLorean is seen with his daughter Kathryn during the unveiling of the DeLorean Motor Car on Feb. 8, 1981, in Los Angeles.Ron Galella Collection via Getty

It will follow what it said was John DeLorean’s goal of developing “safer, more reliable, more efficient affordable automobiles.”

The first iteration of the DeLorean Motor Company built approximately 9,000 cars at its Belfast, Northern Ireland, factory from 1981 until 1982, when it declared bankruptcy following the arrest of John DeLorean on drug trafficking charges, for which he was later acquitted.

DeLorean Motor Company has not yet responded to a request for comment from Fox News Digital.

Highlights of my 2019. Tomorrow when you wake up, be brave!...
Rapsody tells Jalen Rose how she made it in the rap game