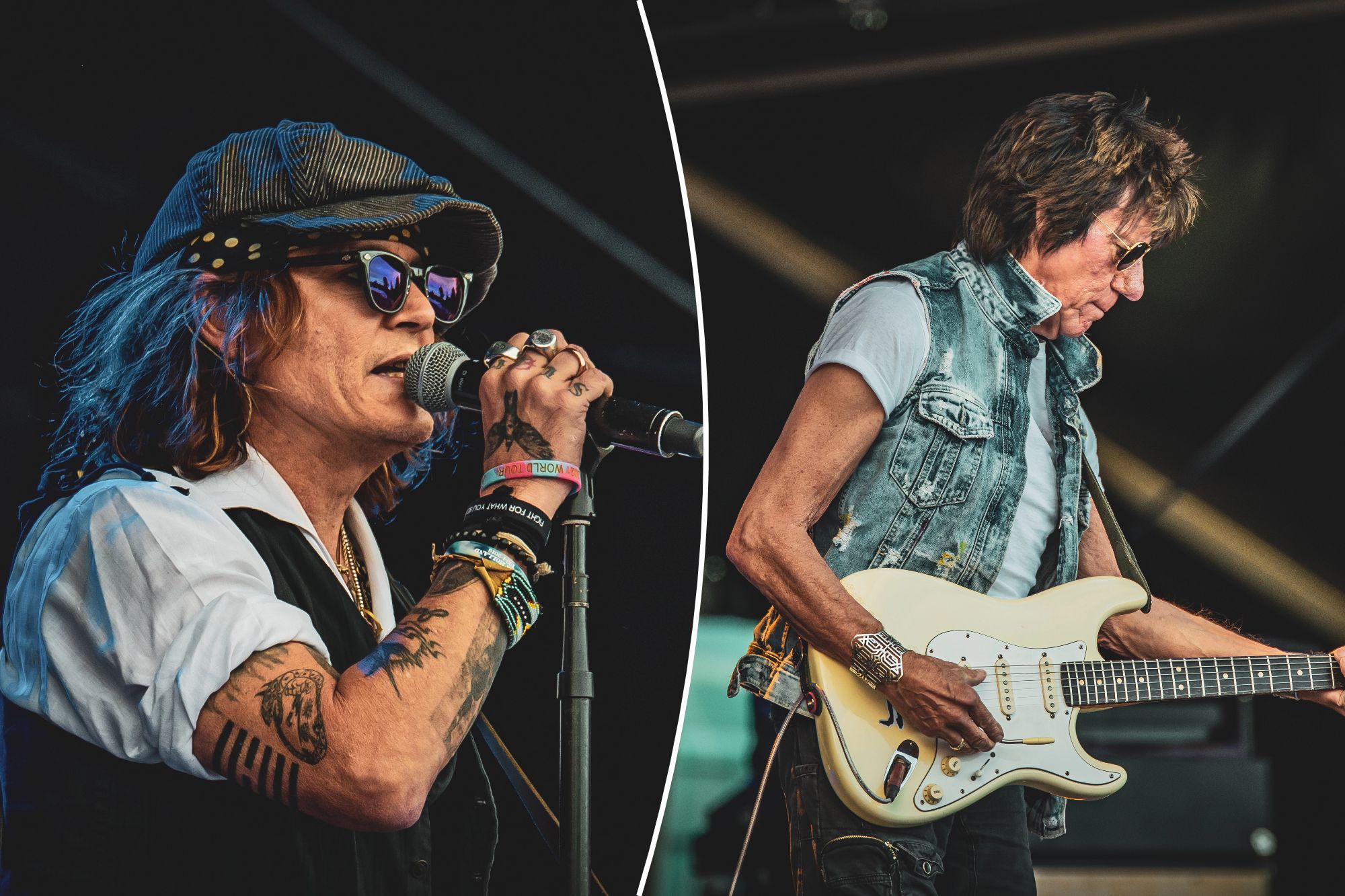 The duo will take to the stage in back-to-back performances at The Paramount in Huntington, Long Island on Oct. 14 and Oct. 15. The show will feature special guest Desure.

Tickets for each show are nearly sold out with resale tickets fetching anywhere between $214 and $746 VIP Packages, according to Ticketmaster.

Only seven tickets remain at face value between the two shows. The venue holds a capacity of 1,573 people.

Beck and Depp kickstarted the 29-date tour on Sept. 23 near Austin, Texas, and will run through Nov. 12, finishing up in Reno, Nevada.

Beck and Depp performed together while Depp awaited the jury’s decision during his defamation suit.Redferns

Depp, 59, has performed with Beck, 78, several times this year, including the Rock & Roll Hall of Famer’s recent UK tour.

The duo’s performance garnered a lot of attention as it took place while Depp awaited the jury decision in his bombshell defamation trial against ex-wife Amber Heard.

The pair performed together several times earlier this year, as well as released an album dubbed “18” on July 15.

Eight-time Grammy Award winner Beck was inducted into the Rock & Roll Hall of Fame twice; in 1992, and in 2009 while Depp dabbled in the music scene for years. He even formed the band Hollywood Vampires with Alice Cooper and Aerosmith’s Joe Perry.

Depp and Beck’s album was released just weeks after the actor won his highly-publicized trial against Heard.

Depp originally sued Heard for $50 million in 2019 claiming the actress lied about him abusing her in order to get more money in their divorce settlement. One year later, his ex-wife countersued him for $100 million.

Ultimately, the jury ordered Heard to pay the 59-year-old actor $10 million in compensatory damages plus $350,000 in punitive damages after deciding she defamed the actor in the 2018 op-ed piece she wrote for The Washington Post.

But after the counter-lawsuit she filed, in which Depp was ordered to pay $2 million, and the state of Virginia’s cap on damages, Heard was left to pay $5 million — money she says she does not have.

Heard has since asked the judge to toss the jury’s verdict claiming that the judgment wasn’t supported by the evidence.