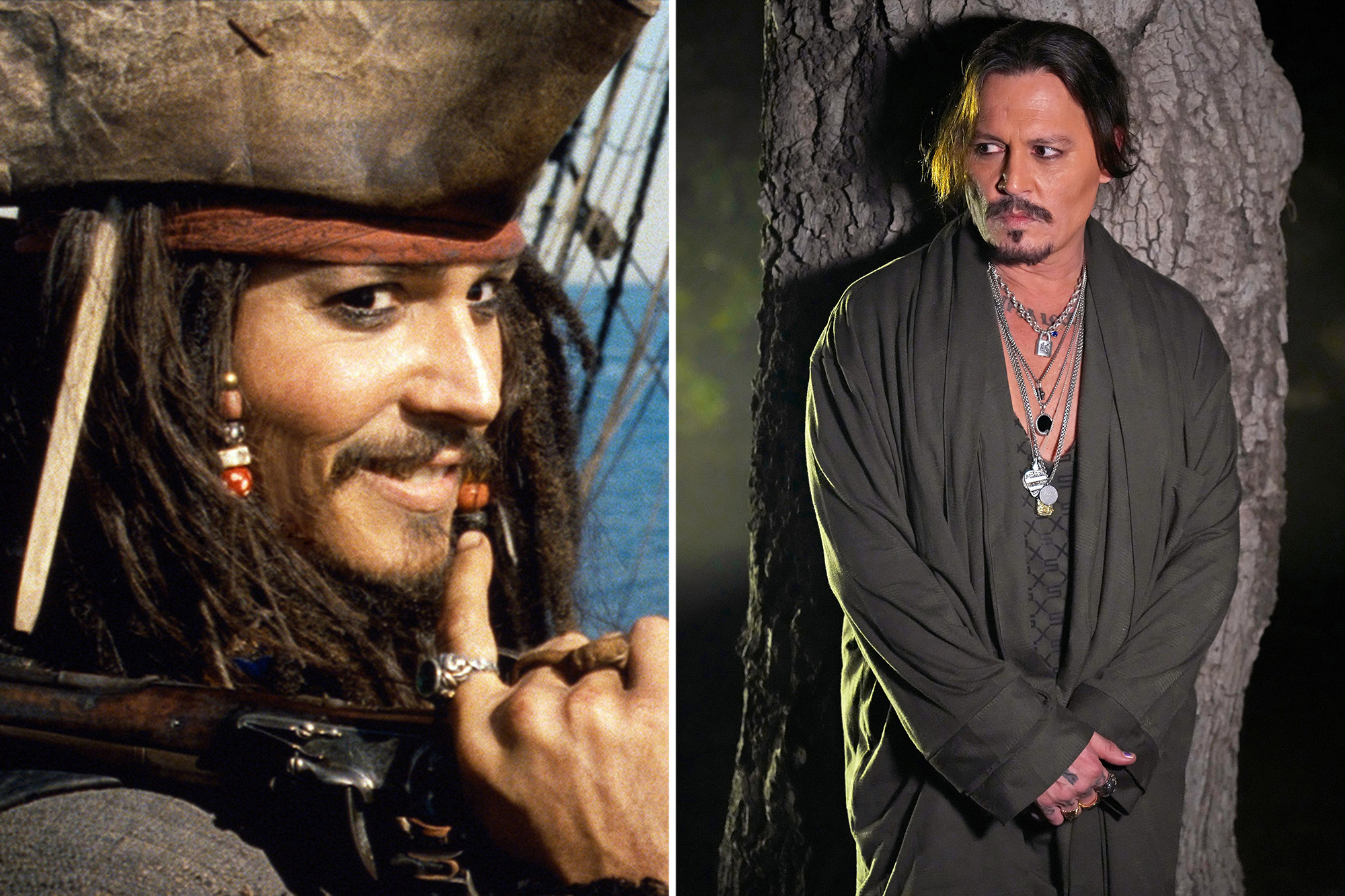 Shiver our timbers — Johnny Depp is allegedly back.

The “Pirates of the Caribbean” actor is rumored to be reprising his role as Captain Jack Sparrow in the movie franchise five years after the last film, “Dead Men Tell No Tales,” was released.

However, Depp’s team is halting ye olde rumor mill, as a source close to Depp is debunking the report to The Post.

The return of the booze-slinging captain reportedly is in the works, with Depp, 59, allegedly scheduled for a test shoot in February, according to The Sun. The current working title, insiders dished to the UK outlet, is “A Day At Sea.”

“Johnny is set to return as Captain Jack Sparrow and is scheduled to start filming at the beginning of February at a top-secret location in the UK,” the source told The Sun, adding that the project is in the “early stages” and even lacks a director at the helm.

“All the other details are being kept under lock and key. The whole project is shrouded in secrecy and Disney want to keep everything under wraps as best they can,” the insider added, claiming Bruce Hendricks will be the executive producer.

All aboard the Sparrow train — Depp might be reprising his famed character.Walt Disney/courtesy Everett Collection

The first “Pirates” movie, “The Curse of the Black Pearl,” debuted in 2003, when Depp first struck gold as Sparrow. The first five films grossed more than $4 billion worldwide and the series of flicks eventually ended in 2017.

It was unknown whether Depp would grace screens as Sparrow ever again following a debilitating loss in his 2020 libel trial. He was branded as a “wife beater” — until he claimed victory against his ex-wife, Amber Heard, in a defamation lawsuit this year.

Depp’s on to bigger and better things, apparently, like making an appearance at Rihanna’s Savage X Fenty show.Getty Images

In 2016, the pair’s rocky relationship was dead in the water. Depp’s reputation was decimated when 36-year-old Heard later penned an op-ed discussing alleged abusive behavior, despite her claiming the personal essay was not about him.

As for Depp’s interest in working with Disney ever again — he’s seemingly made it clear that ship has sailed.

During this year’s bombshell trial, the “Aquaman” actress’ legal team inquired whether Depp would team up with the corporation again.

“If Disney came to you with $300 million dollars and a million alpacas, nothing on this Earth would get you to go back and work with Disney on a ‘Pirates Of The Caribbean’ film?” her attorneys asked.

“That is true,” Depp responded at the time, making reports about a supposed return as Jack Sparrow raise a few eyebrows.

Since the trial, he’s been booked and busy, touring with Jeff Beck, featuring in Rihanna’s Savage X Fenty show and reportedly dating one of his trial lawyers.

Despite his troubled past with his ex, Depp’s fans remain as devout as ever.Walt Disney/courtesy Everett Collection

Despite Depp’s claims he’d lay Jack Sparrow to rest once and for all, Women’s Aid, a non-profit committed to combating domestic violence, expressed their concerns over the potential for a reprised role.

“When someone is accused of or found guilty of domestic abuse, it is important that all employers take this seriously, and that includes employers in film and TV,” the organization told The Sun. “When domestic abuse is swept under the carpet and quickly forgotten about, it sends a dangerous message that it is not that serious.”

Despite the star’s troubled past, riddled with allegations, his devout fans won’t place a bounty on his head. In fact, the polarizing trial seemed to deepen their love for the man behind Sparrow, and they might even take up arms for him.

Depp apologists lined the courthouse block, camping overnight on the ground just to catch a glimpse of their favorite buccaneer in court. Diehard fans spent thousands on flights and travel expenses just to snag a front-row seat, while others supported Depp online by spamming Heard’s witnesses with hate.

Even supporters of Heard couldn’t catch a break, receiving an onslaught of misogynistic messages online, while Depp devotees were ousted from the courthouse for threatening Heard.

Rumor had it the fame marauder was going to be replaced by none other than Margot Robbie, who claimed this month that Disney snubbed a “cool,” female-led pirate film.

“We had an idea and we were developing it for a while, ages ago, to have more of a female-led – not totally female-led – but just a different kind of story, which we thought would’ve been really cool,” the 32-year-old actress told Variety. “But I guess they don’t want to do it.”