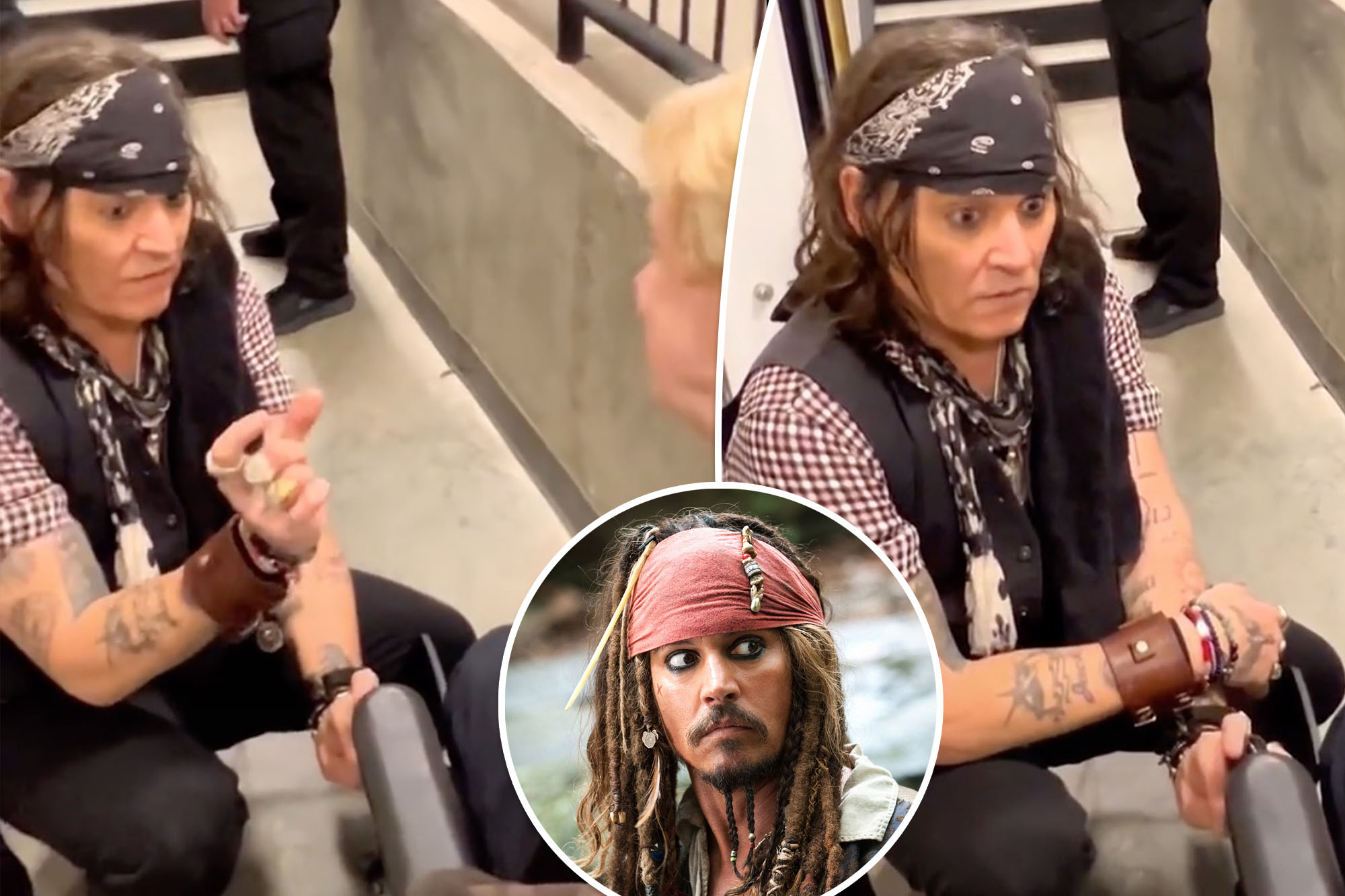 You may not remember the day you met this Jack Sparrow.

Johnny Depp surprised one die-hard fan recently by becoming his swashbuckling “Pirates of the Caribbean” character once again, but the actor looked noticeably different without Sparrow’s signature facial hair.

Depp, 59, was seen earlier this month sporting a clean-shaven face and again recently while chatting with adoring fan Christine Kelly.

In a video posted Sunday, Depp can be heard doing his Captain Jack Sparrow voice on command, slipping almost perfectly back into the iconic character’s slurred speech upon request.

“Captain Jack Sparrow is in the house! Love ya my sweet Johnny,” captioned the video, which has nearly 1,000 likes on Instagram.

Several fan accounts re-posted the clip on TikTok, where one video has nearly 1 million views alone.

A second video posted by the superfan shows Depp greeting her and her son before giving her a hug. Another photo shows them posing together for the camera in an undisclosed location.

Johnny Depp surprised one die-hard fan recently by dressing up as the swashbuckling “Pirates of the Caribbean” character. Photo/Disney, Peter Mountain

Many fans praised the “Finding Neverland” actor for the wholesome interaction as well as his transformation back into character.

“What a wonderful human our Johnny is,” one fan wrote.

“Johnny is a wonderful person to spend time with Christine,” said one user.

Other fans balked at Depp’s clean-shaven face, dismissing the person as a double for Depp.

“Is that him,” questioned another user.

“It threw me off him with no facial hair and of course he’s an awesome, he’s Captain Jack Sparrow,” a third person said.

One user pointed out that Depp — like every man — eventually has to shave.

Several fans praised the actor for the wholesome interaction as well as his transformation back into character. TikTok

Other fans balked at Depp’s clean-shaven face, dismissing the person as a double for Depp.TikTok

“People saying it’s not Johnny … you do realize he shaves just like any other man on the planet right,” chimed in one user.

Depp last portrayed the rum-obsessed pirate in the 2017 film “Pirates of the Caribbean: Salazar’s Revenge” before being thrown overboard by Disney.

Kim Kardashian condemns anti-Semitism amid ex Kanye West's comments
I WAS SO SCARED. THIS IS WHY GIRL NEED TO STICK TOGETHER. Has anything ever happ...