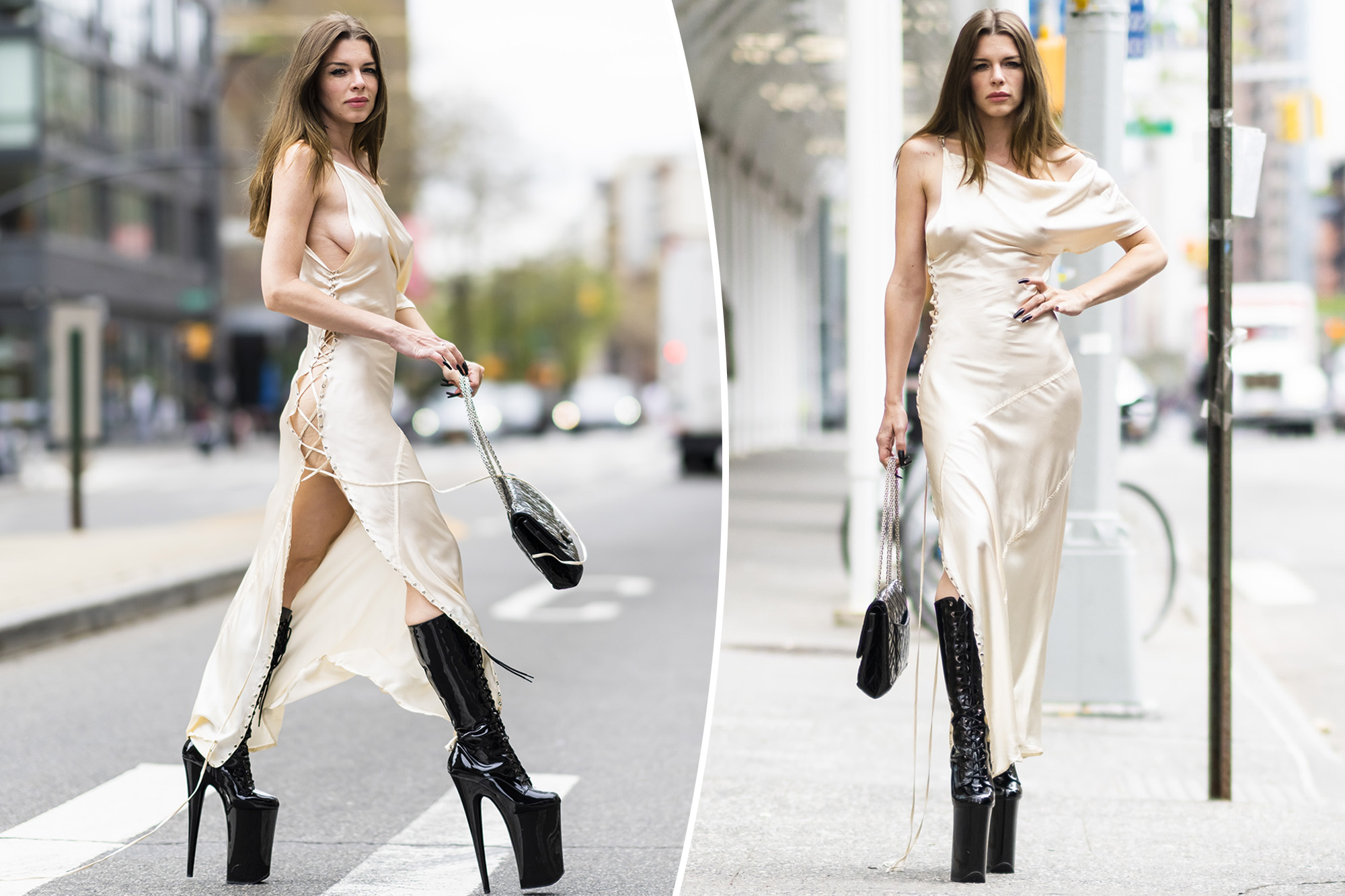 The “Uncut Gems” actress was snapped on Saturday strolling the streets of New York in sky-high black boots that she paired with a beige satin dress while holding a black patent bag.

(Tripping while wearing those boots could very well result in — at the very least — a nasty scraped knee).

She finished the eye-popping outfit with a bag that was not the pricey Birkin bag that she’s said she’s afraid to carry.

Fox does not appear to be a fan of bras.TheImageDirect.com

It’s not the first time the downtown fixture has been photographed in eye-catching outfits.

Last month Fox sported an underboob-baring white top with a matching teeny mini-skirt, both crafted from a men’s Hanes tank top. She even helpfully shared an Instagram tutorial for how to achieve the “super easy, super cute” look.

Once again, the mom-of-one paired her DIY outfit with towering boots and a pair of gloves that nearly reached her armpits.

Fox appears to be a fan of customizing her clothing.

She also altered a pair of jeans, making them low-rise by hacking off the waistband and pairing it with a tube top also made out of denim.

Fox kept her balance while strolling around downtown New York.TheImageDirect.com

Fox could become a reality star in the near future.

Page Six reported that she is said to be in the running for the next season of “The Real Housewives of New York.” If she does join the Bravo series, she’ll have a friend.

The actress is close pals with “Housewife” Leah McSweeney, whom she met through Alcoholics Anonymous.

“I was her sponsor in AA years ago, and we just stayed friends,” McSweeney revealed.