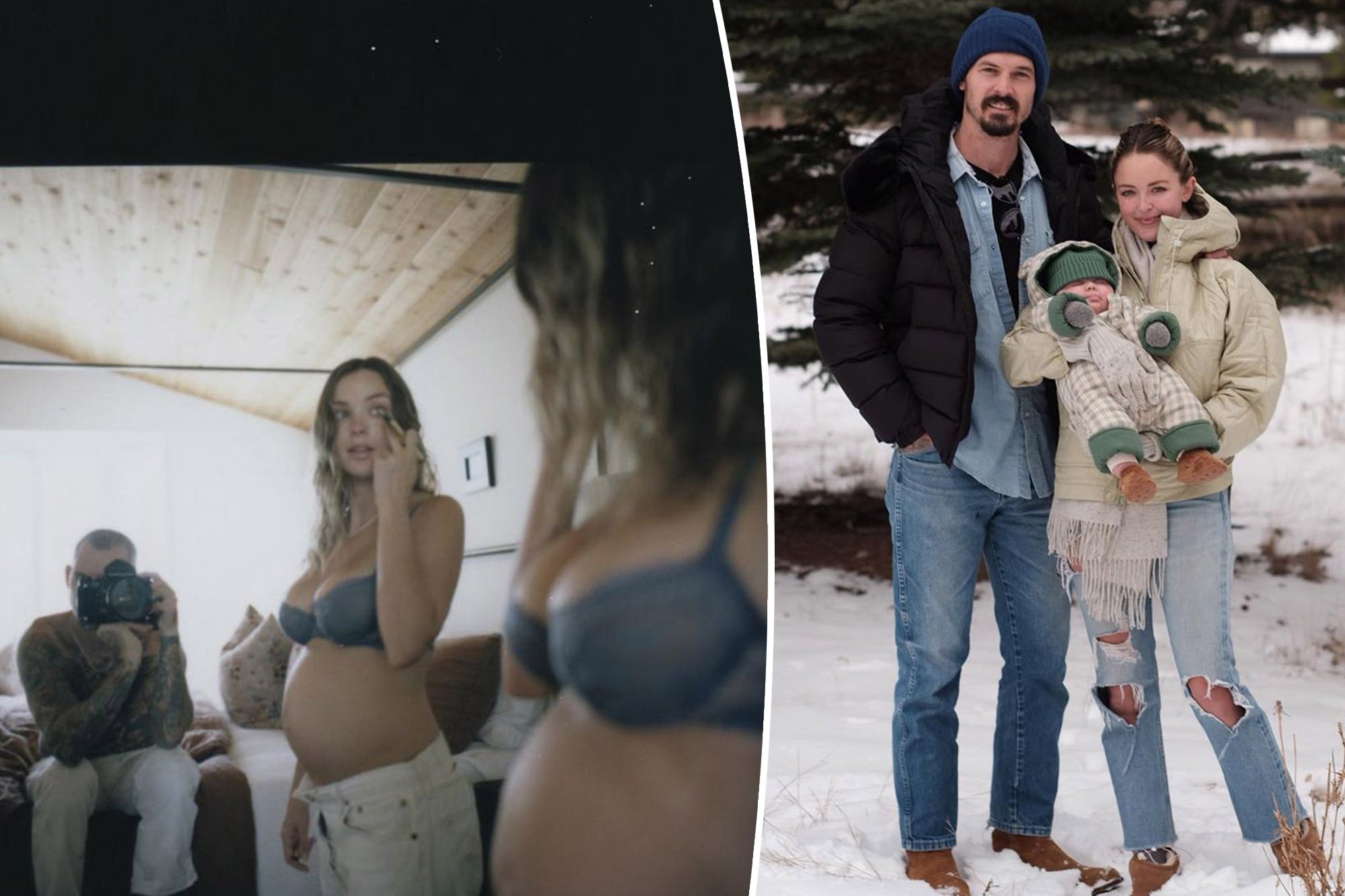 Kaitlynn Carter is pregnant with her second child, one year after giving birth to her son.

The ex reality star, 34, debuted her bare baby bump in a blue bra and white jeans in the social media upload.

Brock, for his part, matched his partner in white pants. The shirtless stylist, 38, covered his face while taking the mirror selfie.

The former reality star debuted her bump via Instagram.kaitlynn/Instagram

As for Carter’s ex Brody Jenner’s mom, Linda Thompson, the former pageant queen wrote, “Oh wow! This is fabulous news! congratulations to you and Chris!

Carter revealed the sex of her upcoming arrival in the caption.kaitlynn/Instagram

Following their split, Carter moved on with Brock. The pair announced in June 2021 that they were starting a family.

“everyone is happy and healthy and so in love ❤️❤️❤️,” the new mom captioned the “chunky little” guy’s Instagram debut.

Carter called motherhood “hands down the best year of [her] life” while celebrating the toddler’s 1st birthday earlier this month.

Since becoming a parent, the former blogger has been mom-shamed for her revealing outfits — and hasn’t been afraid to clap back.

“This is my body right now, and I can either feel ashamed and hide it, or I can do what I WANT to do which is embrace and celebrate everything that my body currently is and has been for me this past year,” Carter wrote via Instagram in January.

“It’s very sad to me that that’s the world we’re living in,” the former MTV personality continued. “You’re expected to dress one way pre-children and another way post.”

Student debt could be canceled 'within next two weeks', GOP lawsuits won't winBiden
‘Star WarsTales of the Jedi’ TimelineWhen Do the Episodes Take Place?